All I want for Christmas

There’s a (probably) apocryphal story about a radio programme presenter asking various Ambassadors what they wanted for Christmas. One said world peace, another wished for an end to famine.
The British Ambassador said he’d like a pipe and a new pair of slippers.
Unfortunately, he was the only one who was likely to find what he wanted under the tree on Christmas morning.
My long-time wish was to be a published writer. It seemed a grandiose rather than a modest wish and therefore unlikely to be granted. But Santa – in the shape of The People’s Friend, Woman’s Weekly, Alfie Dog Fiction (online), Ulverscroft, and various competition anthologies – has, over the last few years, made the wish come true and wrapped it up in tinsel and other sparkly stuff. I owe him a big hug and lots of mince pies.
If you’re looking for a present for someone who likes a feel-good read may I modestly suggest: 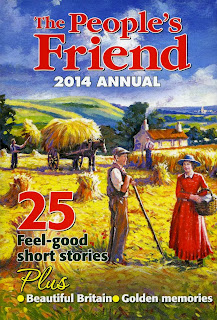 It has a story of mine called Ae Fond Kiss which was inspired by a flash mob event I went to one Burns Night outside St Giles Cathedral in Edinburgh. The annual is widely available: direct from
D C Thomson, from bookshops and of course from that South American river (but do support your local bookshop if you can).

Alfie Dog Fiction has brought out a very pretty-looking anthology of Christmas stories first published on their site. 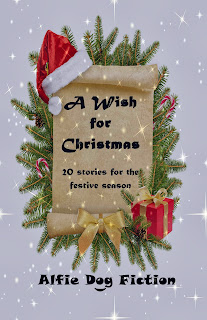 Mine is called Molly’s Christmas Candle. My character, Rosemary, is in church waiting for the first candle for Advent to be lit by her very special grand-daughter. Available in paperback and on Kindle.

May all your wishes come true.


There’s a programme on Radio 4 called My Teenage Diaries where well-known people read and discuss extracts from – their teenage diaries. The premise is that they are genuine entries and I assume that participants haven’t been paid millions of pounds/blackmailed/forced at gunpoint to appear. These are some of the methods that would have to be employed to get me to take part (in a parallel universe where I was invited to do so), but if I did I would have to make it all up. 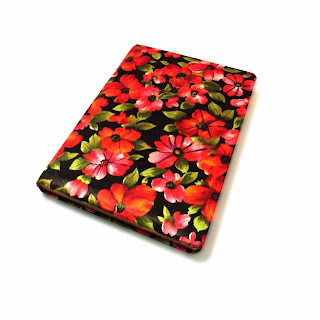 I kept this diary for the year I turned seventeen. My biro was leaky and my handwriting abysmal. Added to which, much of what is decipherable is in teenage girl code eg ‘Saw DM in corridor!!!!!!!!’ and other sightings of – I was going to say ‘lesser spotted’ but that wouldn’t be accurate – males of the species, their full names long forgotten. Weirdly, I also seem to have had a close interest in football, and entries for Saturdays are peppered with results, followed by the apparently obligatory line of exclamation marks

That’s all I’m telling you. Some secret diaries should remain just that.

Fortunately, other people have written wonderful diaries and the form is one of my favourite to read, as well as providing useful resources for my own writing.

The books compiled by Simon Garfield from a trawl though the Mass Observation archive at the University of Sussex are fascinating: We are at War, Our Hidden Lives and Private Battles: How the War Almost Defeated Us. These are diary entries written by ordinary people and excellent for background reading on the Home Front in WWII and the early post-war years.

The Diary of Anne Frank is all that a good read should be as well as being one of the most important documents of the twentieth century.

We’re very fortunate that Samuel Pepys kept a diary during a very turbulent decade in British history and that he captured on paper the bigger picture (the Restoration of the monarchy, the Great Fire of London) as well as his own trials and tribulations (a gallstone operation, being jabbed with a hatpin by a lady fending off his unwanted attentions). He’s one of my heroes, although I wouldn’t care to sit beside him in church.

I love reading fictional diaries too. I always have E.M. Delafield’s Diary of a Provincial Lady and its sequels at hand for re-reading, as well as Diary of a Nobody (and Keith Waterhouse’s and Christopher Matthews’ wickedly funny homages).  Bridget Jones’ and Adrian Moles’ first diaries are fun too, and The Journal of Mrs Pepys is brilliantly done.  If you were to pick a real or fictional character and write their diary who would it be?

This blog is a bit like a diary. However: If I pass someone interesting in the corridor I shall keep the information to myself. I shall be sparing with exclamation marks! And if you want to know the football scores you’ll have to look somewhere else.