Things we choose to hide

Today I’m delighted to have on my blog fellow Capital Writer Jane Riddell answering questions about her new novel Things We Choose To Hide. 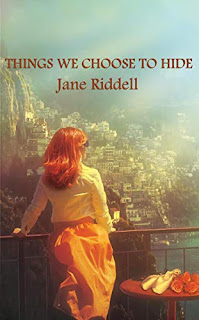 After ending a long-term relationship, Rachel Grosvenor goes to stay with friends in Florence, where she meets the attractive Sicilian businessman, Tommaso. Despite her friends’ concerns, she marries him weeks later, only to learn at the end of their honeymoon, that he’s been less than honest with her. Gradually she stumbles upon more unpleasant secrets in his life. Set in Italy and India, this is the story of one woman’s experience of deception, jealousy and finding love in unexpected places.

1. There is a fantastic sense of place in the book, Jane. I’m guessing Italy is a country you know well? And Positano in particular?

I love Italy, both the northern lakes and parts further south.  When our son was little, we had several holidays in Positano which is a particularly charming old town on the Amalfi Coast, near Naples. 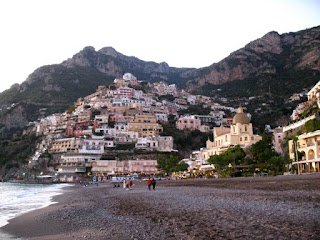 2. It looks wonderful! The sights and sounds and smells of India and Kashmir jumped off the page too and were a great contrast to coastal Italy. Are these countries you have travelled in?

Yes.  After living in New Zealand and Australia for several years, my friend and I travelled back through SE Asia and India. One of the highlights was Kashmir where we stayed in a houseboat on Lake Dal for four days. The thing I remember most clearly was the fantastic purply light in Srinagar. My memories of other parts of India during that trip are vivid but more mixed. On the one hand there were wonderful buildings and landscapes and a sensual magic everywhere.  On the other, was the brutal poverty confronting us.

3. What came first – the location(s) or the character of Rachel?

The location.  I did what I’ve never done before when writing books.  One afternoon in Positano, I decided to locate my next novel here and sat on the beach, determined to think of a storyline. This was many years ago, and for a long time this novel was my “go to” one whenever my current work in progress was being read by friends. On many occasions, just as I was easing myself into writing it again, I’d receive feedback on the WIP and return the Italian book to the back burner.  I’ve always been determined to finish it, but the final version is markedly different to the original draft.

4. Rachel rushes into marriage with Tommaso despite her friends’ misgivings – and she manages to distance her own doubts too. There are other times throughout the book too when she ignores signs that everything is not as it should be.
Do you think the traumas she suffered in her teenage years made her hope, despite the evidence to the contrary, that things would turn out well?

Having seen how close her parents were, Rachel was keen to find someone who could make her equally happy and I think she would have felt like this even if she hadn’t lost them at a relatively young age.  A bigger influence in her choice of partner, however, was her frustration at the limitated relationship with a steady but perhaps rather dull man. After this experience, she was amenable to falling in love with a more exciting and less predictable man.

5. Apart from Tommaso, there is someone else in the book who is keeping a huge, life-changing secret. Is that lack of communication between couples something you like exploring (fictionally!)?

Very much so.  In general, I am intrigued by the communication in romantic relationships: the surface interactions and what underlying tensions and secrets may be bubbling away underneath.

6. There is a feeling, I think, in the first-person narrative almost as if Rachel knows she is a heroine in a book and so is writing rather dispassionately about the events in her life. Did you ever consider writing her in the third person?

No, I always planned to tell the story in first-person because of the immediacy this can bring to it.  In wanting to guard against having a protagonist who bemoans her situation too often, I may have ended up with one who appears to be dispassionate about what has happened to her.  However, this wasn’t my intention!  One thing I’ve learned about characterisation is that readers will have varied reactions to the degree of emotion displayed by key characters.  What one reader considers to be overly emotional, another will view as being lacking in feeling.

7. Following on from the above, your lovely writing, the character of Rachel and the perfidy of some of the men around her, remind me of Anita Brookner’s novels. Would you go along with that?

Probably not.  I don't regard Rachel as being similar to an Anita Brookner female protagonist who has settled for a relationship where her love is returned with indifference.  The men she becomes involved with do love her and in the case of the one she marries, keep their secrets through fear of losing her.  Not that I’m justifying such behaviour!  In terms of style, there’s a delightful quiescence in Anita Brookner’s writing which she carries off this due to her rich and descriptive language.  I suspect I couldn’t be so successful, but thanks for the comparison!

8. The book covers about ten years in Rachel’s life and that of her friends and family. Did that time span take some working out or flow naturally? In other words are you a plotter or a pantser?

Essentially I’m a plotter but sometimes find that characters take off somewhere without having checked with me that this is okay…  As long as they return to the “main road” I am fine with this.   The time span did cause some headaches from time to time.

9. What are you working on now?
I am writing a humorous story about a group of people who come to a retreat which offers original therapies for their unusual problems.  It began as a longish short story, is now at novella length and may end up being a novel as more ideas come to me.

Thank you for answering my questions, Jane.

Things We Choose to Hide is available from Amazon – and here is another gorgeous view of Positano. 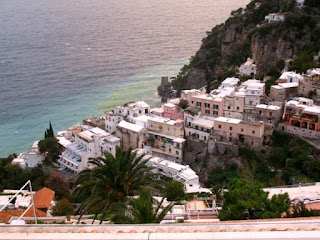