Going to the tatties

The seventh instalment of my People's Friend serial A Time to Reap, set in a Highland farming community in 1963, will be published this week (available 17 August 16).

To give readers of this blog some related bonus material I first of all asked my cousin David Allison, who farmed in that era, to describe how haystacks were made – which he did here in a post that garnered a huge number of views (it was especially popular in Russia).

In this second guest post, find out from farming historian Dr Heather Holmes about 'Going to the tatties':

For many children in rural Scotland ‘going to the tatties’ was a right of passage. If you ask former tattie pickers, gatherers, or howkers about their experiences they will usually get quite animated: ‘Oh, it was backbreaking work!’ or ‘It was a great laugh; we had a great time!’ They will tell you about the highs and lows of the work. Their memories are as clear as if they had only just been at the work. Children played an important role in harvesting the potato crop until well through the twentieth century. They gathered potatoes which had been uncovered from the drills in which they grew by machines such as the spinner digger or elevator digger. Their filled baskets of potatoes were emptied into carts or trailers, or tattie boxes by the farm staff.

Their work was organised by ‘stents’, marked out by a twig or stick. Each child, or a pair, was given a stent. A stent was a section of the length of the field, divided equally by the number of children employed. Where there was only a small squad, stents were longer. They could be tiresome to pick or gather before the digger came back down the field to dig the next drill.  If you got a longer stent than your neighbour you knew about it! They could cause disagreements and fall-outs! 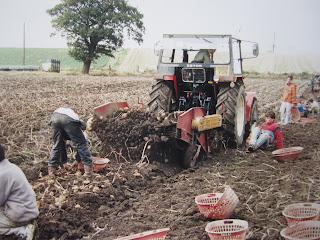 In some parts of the country, such as Fife, Perthshire, and Angus, children (and women) were the main source of casual labour to gather the potato crop. As they were locally employed, farmers depended on the local school population of young teenagers, though some were younger. In these, and other districts, from the 1870s schools closed their doors from a week to as long as a month in October to let the children participate in the work. Had they remained open, they would have been empty and the attendance officer chasing the children out of the fields. And the farmers would have been none too pleased either!

Where smaller numbers were employed, another system was used. From 1901 tattie exemptions were used to allow individual children to be released from school for the work; the school remained in session during the time of ‘the tatties’.  Some school boards attached conditions to them, such as near-perfect school attendance for the rest of the year or economic need, with the family requiring the income from the work. Many a Christmas present, boots and coats were paid for by work at the tatties. So too were a few treats. 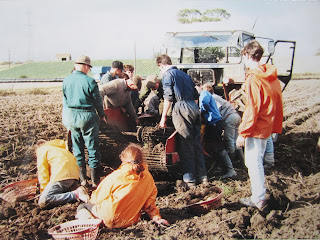 While tattie exemptions continued to be used until 1962, tattie holidays became an institutionalised custom, with the term ‘tattie holiday’ being used long after children were no longer employed, replaced by mechanical harvesters. The term became synonymous with going to the tatties. For many children it was the first experience of paid-employment. It really was a rite of passage!

For more about the potato harvest, see Heather Holmes: “As good as a holiday”: Potato harvesting in the Lothians from 1870 to the present. 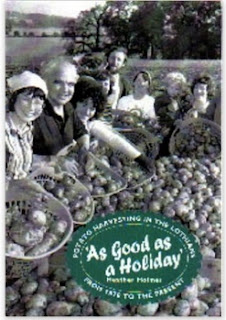 Email ThisBlogThis!Share to TwitterShare to FacebookShare to Pinterest
Labels: "As good as a holiday", A Time to Reap, haystacks, Heather Holmes, Kate Blackadder, tattie holidays, The People's Friend

I read six books in July. 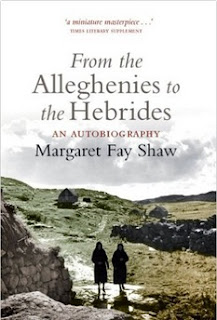 From the Alleghenies to the Hebrides by Margaret Fay Shaw
Margaret Fay Shaw was an American-born musicologist, photographer and writer. She and her husband John Lorne Campbell were fascinated by the folklore, culture and language of the Scottish islands, especially South Uist, and set out to record it as much as possible. In 1938 the couple bought the island of Canna where they lived until they died – MFS in 2004 aged 101. What a wonderful woman. 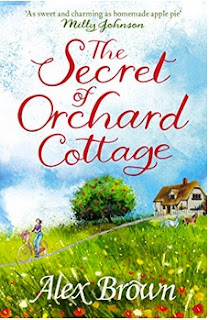 TheSecret of Orchard Cottage by Alex Brown
‘April Wilson is wondering what to do next – her life has been turned upside down after the loss of her husband so she’s hoping to piece herself together again with a visit to her elderly great aunt, Edith. Arriving in the rural idyll of Tindledale, she’s dismayed to find Edith’s cottage and the orchards surrounding it in a sorry state of disrepair. Edith seems to have lost interest completely, instead she’s become desperate to find out what happened to her sister, Winnie, who disappeared during WWII.’

I heard this author speak at the recent Romantic Novelists’ Association Conference. Her first (unpublished) book was set in a bank because she worked in one – but now her books are set in picturesque English villages as you can tell from the cover. 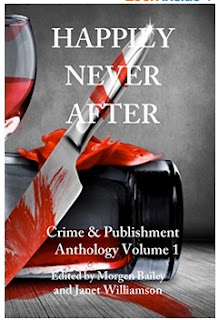 Happily Never After: Crime and Publishment Anthology Volume 1
Read on Kindle. ‘The first in a series of anthologies of crime stories written by attendees of Crime & Publishment, a yearly crime-writing workshops based in Gretna Green, Scotland, the home of British marriages.’ (All proceeds to Hearing Dogs for Deaf People.) My favourite (and I’m not just saying it because I know her) is by my fellow Edinburgh Writers’ Club member Gillean Arjat; her story It is the cause is set at the time of the Scottish referendum in 2014. 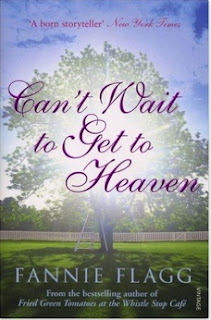 Can’t Wait to Get to Heaven by Fanny Flagg
Christian Aid Book Sale Purchase 2016. ‘Life is the strangest thing. One minute, Mrs Elner Shimfissle is up a tree, picking figs to make jam, and the next thing she knows, she is off on a strange adventure, running into people she never expected to see again … ’

I have enjoyed other books by Fanny Flagg (such as Finding the Rainbow, Welcome to the World Baby Girl, and Fried Green Tomatoes at the Whistle Stop Café, which was made into a film). I wasn’t so keen on this one which hopped into everyone’s head, even that of the most minor characters, and where the whole premise was too sugary even for my sweet tooth. 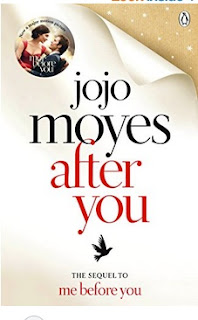 After You by Jojo Moyes
I read and cried over (as did millions of others) Me Before You and enjoyed the recent film too. Even my husband (‘I’m only going because your mother wants to see it.’) had to be passed a tissue. So naturally I was keen to find out what Lou did next. Perhaps inevitably I was a leeetle bit disappointed. Nothing could have the emotional impact of Me Before You of course– what happened in that book should/could only happen to a person once in their lifetime. And I didn’t take to Lily, the damaged teenager who seemed to be straight from central casting. But it was good to meet lovely Lou again and her family – and to know that there will be a third book about them. 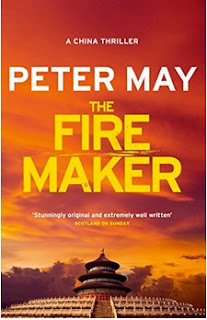 The Fire Maker by Peter May
Peter May wrote five police procedurals set in Beijing in the 1990s which I believe were published before he became so well known (with his Lewis trilogy, and Enzo Macleod books among others) and are now being reissued. The Fire Maker is the first. I was intrigued to read it, as a Peter May fan and because I have been to Beijing (as I’ll tell anyone who’ll listen; I did a post on my visit to China here).

I think, if I may say so, that Peter May’s writing is much better now, but The Fire Maker is, er, a cracking good read with very evocative descriptions of the sights, sounds, smells and tastes of the Chinese capital, and a fast-moving plot. My only complaint is that we are told rather too often that Margaret Campbell, the visiting American forensic pathologist, isn’t wearing a bra. Perhaps in the second book, due out next month, she'll have remembered to put one on.
Posted by Kate Blackadder at 02:35 2 comments:

Email ThisBlogThis!Share to TwitterShare to FacebookShare to Pinterest
Labels: After You, Beijing, Fannie Flagg, Jojo Moyes, Kate Blackadder, Margaret Fay Shaw, Me Before You, Peter May, The Secret of Orchard Cottage
Newer Posts Older Posts Home
Subscribe to: Posts (Atom)