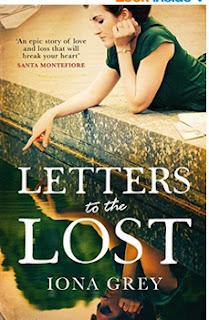 Letters to the Lost by Iona Grey
This won the Romantic Novel of the Year in 2016. And deservedly so – it’s also won my Book of 2017 and it’s only February. Second World War love story? Tick. Modern love story? Believable tie-up between the two stories? Characters that walk off the page? Atmosphere? Tick, tick, tick, tick. The icing on the top – a nod to one of my favourite TV programmes Heir Hunters. And the cherry on top of that, it’s a genuine weepy. Adored it. 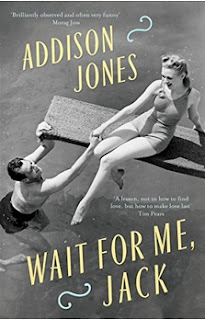 Wait for Me, Jack by Addison Jones
Read on Kindle. Addison Jones is the pseudonym of Scottish-based American writer Cynthia Rogerson – I believe she’s using the name for her books set in the US. I loved this – it’s the story of the sixty-year marriage between Billie (later known as Milly) and Jacko and is seen from both their viewpoints but it’s Jacko, the devoted but philandering husband, who comes across most strongly.

What’s clever and original is that the story is told backwards in around five-yearly increments. So we start just when Billie and Jack meet, jump to them in old age, and then work back to that first encounter. It makes for a much more joyful ending – the handsome young man, the pretty girl, their whole lives in front of them – than if the story was written chronologically, and really made me want to read it all over again. 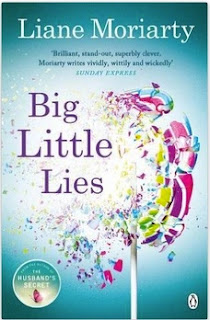 Big Little Lies by Liane Moriarty
Another corker. We know right at the beginning that someone has died during a fund-raising event at a kindergarten (in a coastal village in Australia) and as we get to know the characters the reader is desperate to find out who and why – and how.

I rarely like books where the author has set out to write about an ‘issue’ of some sort. More often than not the characters are cardboard cutouts with an issue attached and you’re supposed to feel emotionally involved. It’s the difference between feeling sympathetic in a milk-of-human-kindness way if you hear something bad is happening to a friend of a friend of a friend – but you’re distraught if it’s happening to someone close to you.

There are plenty of issues in Big Little Lies, some as old as humanity and some very 21st-century. But Liane Moriarty’s characters, female and male, are so fully realised you cheer and rage on their behalf as if you knew them. Their ‘issues’ aren’t tacked on; they are part of what makes them real people; you understand why they are the way they are. And LM always has an edge of black humour, in this case provided by some very competitive parents.

Madeline was my favourite character. At the beginning you think she’s a stereotypical stiletto-heeled annoying yummy mummy but then you get to know her and she’s fab. I’d love her to be my best friend. And, quite frankly, I’d like to marry Ed. Although as he’s married to Madeline that would certainly be an ‘issue’. 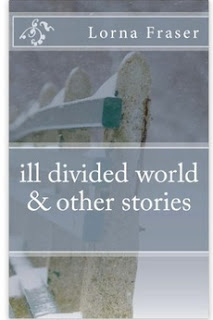 ill divided world & other stories by Lorna Fraser
Read on Kindle. Enjoyed this collection of stories (by a fellow Edinburgh Writers’ Club member) which encompass all manner of themes and characters. The inspiration for some lies in art, particularly old Dutch paintings. Other stories are blackly comic – who could resist the title Hettie Mcheeny – Serial Killer or the opening paragraph of The Defenestration of Dean Fortingall: ‘We’re not allowed parties any more, not since the Dean of Applied Arts fell out of the faculty window.’ The Numbers has a great twist. Queen Bee is a short story but also part of a novel called The Good Daughter which I would certainly like to read. Recommended. 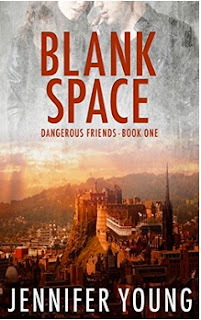 Blank Space by Jennifer Young
Read on Kindle. Love a romantic suspense novel. This one is set in Edinburgh around the time of the G8 summit with a main character called Bronte O’Hara. Who could resist this opening paragraph?

My first thought, when I discovered the body on my kitchen floor, was that it was a criminal waste of an exceptionally handsome man. My second was that I’d seen him somewhere before. And even as I crossed myself, I realised he wasn’t dead.

The first in a series called Dangerous Friends – look forward reading more about Bronte and Marcus. 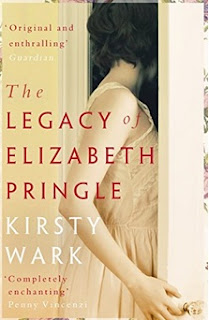 The Legacy of Elizabeth Pringle by Kirsty Wark
Elizabeth Pringle lived all her long life on the Isle of Arran. But did anyone really know her? In her will she leaves her beloved house, Holmlea, to a stranger – a young mother she'd seen pushing a pram down the road over thirty years ago.

As I lived on that beautiful island for a few years when I was a teenager I wanted to like this but I’m afraid I couldn’t warm to it. My main reaction was envy of Martha – I want a stranger to leave me a lovely house filled with interesting things. If it was on Arran that would be brilliant but anywhere really …
Posted by Kate Blackadder at 05:42 No comments: