English and American English. ‘Two nations divided by a common language’ is a saying attributed variously to Oscar Wilde, George Bernard Shaw and Winston Churchill and is spot-on whoever said it.

I think it’s a shame that American publishers apparently insist on Amercanising books published in the UK for their home market, thus changing pavement to sidewalk, petrol to gas and so on. Part of the pleasure for me when reading a book set in America (or Canada or Australia come to that) is learning the different words they use – it’s never difficult from the context to work out the meaning and it keeps you right there in the story, in the place.

The other week (there is a train of thought here) I was given a present by Amazon – yes, you read that right. For some reason I was invited to choose a free e-book from a choice of six.

I’d heard of Nora Roberts ('America's favorite author' according to the New York Times) but had never read any of her 200+ books – she writes one every 45 days apparently, romance under her own name and futuristic police procedurals under the name JD Robb. Over three hundred million of her books are in print. 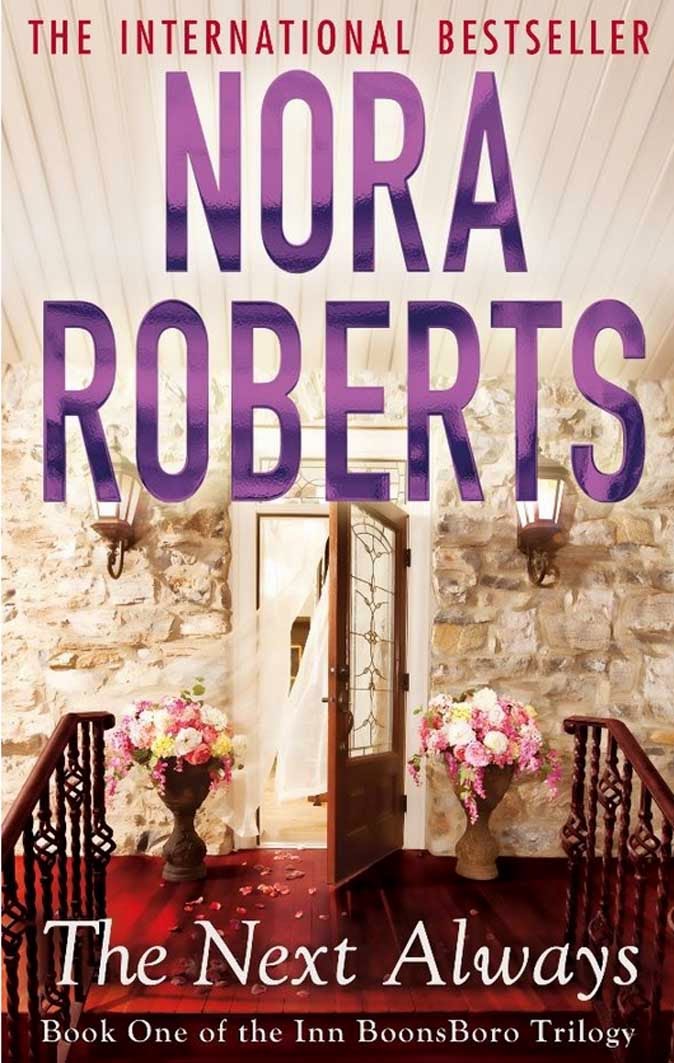 So, hoping that some of her magic dust would settle on me, I chose The Next Always, the first novel in her Inn at BoonsBoro trilogy.

It isn’t the most riveting read I have to say (I’m 80% through). I like the rather old-fashioned beginning – a potted history of the two-hundred-year-old inn. The romance between Clare and Beckett – she a young Iraq-war-widowed mother of three, he a local businessman/master-of-all-trades who’s loved her from afar since they were 15 – is a satisfying one. But the rest of the story is taken up mostly by the restoration of the ‘inn at BoonsBoro’. While I usually love descriptions of houses in books, the endless conversations here about plumbing, electrics, carpentry, colour of tiles, carpets etc etc become very tedious.

It’s probably not representative of Nora Roberts’ books (I will give her the benefit of the doubt and read another one, although not the rest of this trilogy) as I found out from an interview with her that she actually lives in a small town called Boonsboro in rural Maryland – where she has been renovating an old inn …
http://www.theguardian.com/books/2011/nov/20/nora-roberts-interview-romance-fiction

So I guess the writerly advice I would take from that is that no experience is wasted – even if the end result in this instance does read like an interior design guide with a steamy romance thrown in.

As for the Americanisms – I’ll forgive, even if I don’t like, gotten, since I heard last week on a Michael Rosen radio programme that it is an ancient past participle of the verb to get, and not as I had ignorantly thought a modern aberration (dove instead of dived is another one). But not coworker pleeeease – what are hyphens for?

Pants instead of trousers is always good for a schoolgirl giggle. I like grocery store instead of supermarket. Snuck instead of sneaked is kinda cute. Faucet seems to have nothing to do with tap –  a google tells me, it too is Middle English, from Old French fausset, cask stopper.

But there were two words that stopped me in my tracks in this book: acclimate instead of acclimatise, and assist used as a noun – ‘do you need an assist?’.

Do you think they’ll catch on this side of the Pond?
Posted by Kate Blackadder at 10:34 12 comments:

Email ThisBlogThis!Share to TwitterShare to FacebookShare to Pinterest
Labels: Nora Roberts, The Next Always

I have a small collection of housewifery and Woman’s Hour books published from around the 20s to the 60s, fun to dip into and useful as a social history reference. 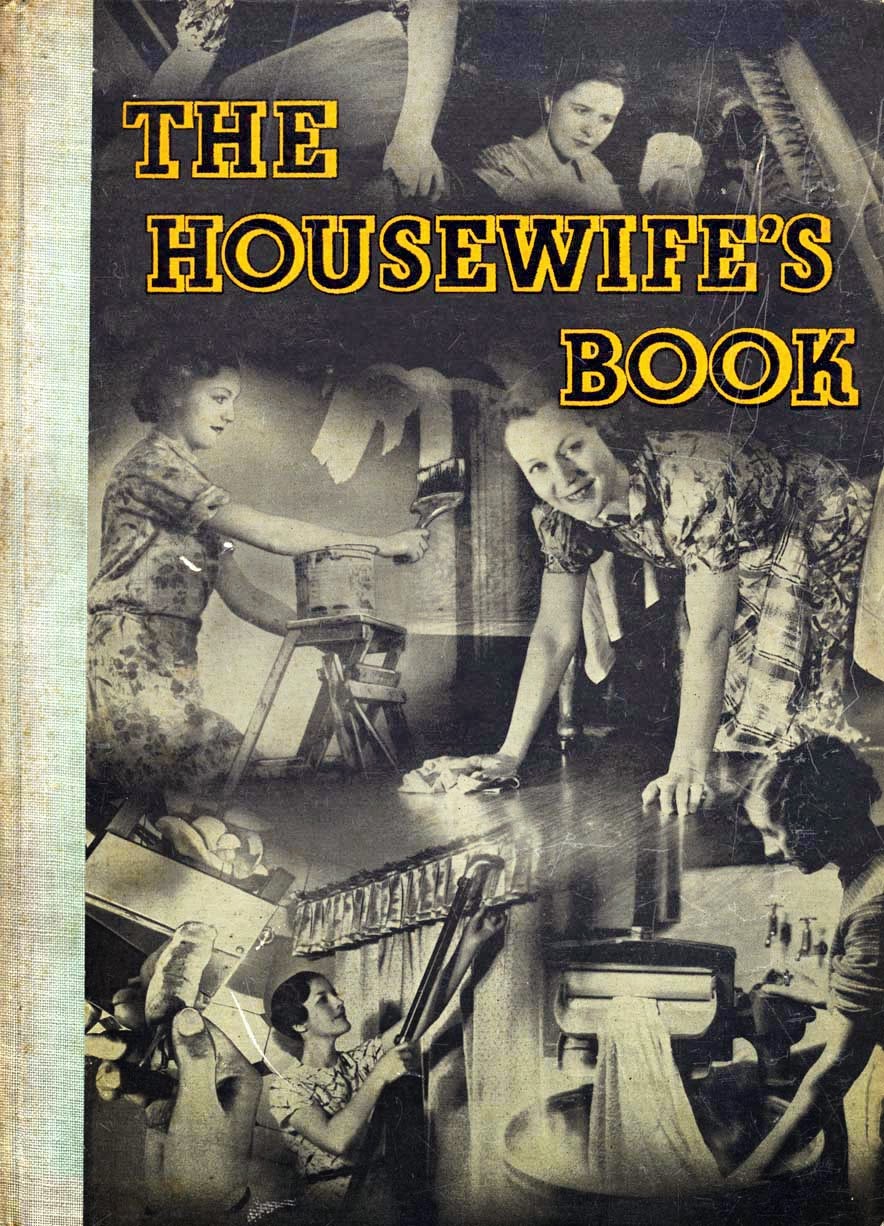 The Housewife’s Book (no date printed but probably 20s/30s) has an excellent suggestion: ‘It is worth while sitting to wash up … ’ 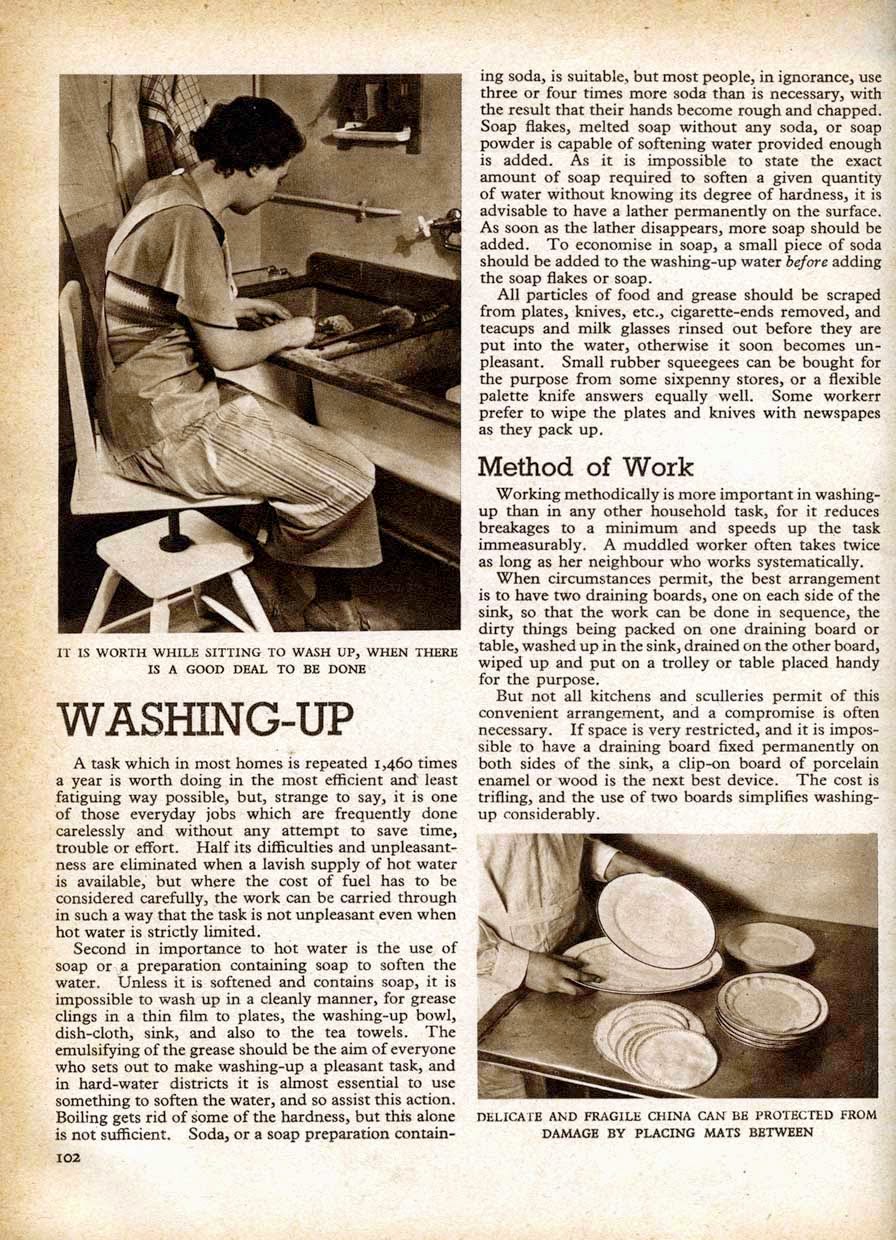 and no wonder the housewife in that era appreciated a sit-down as she apparently spent the rest of her day on such tasks as ‘Washing leather gloves’, ‘Cleaning and pressing men’s suits’ and ‘Preparing the sick room’. 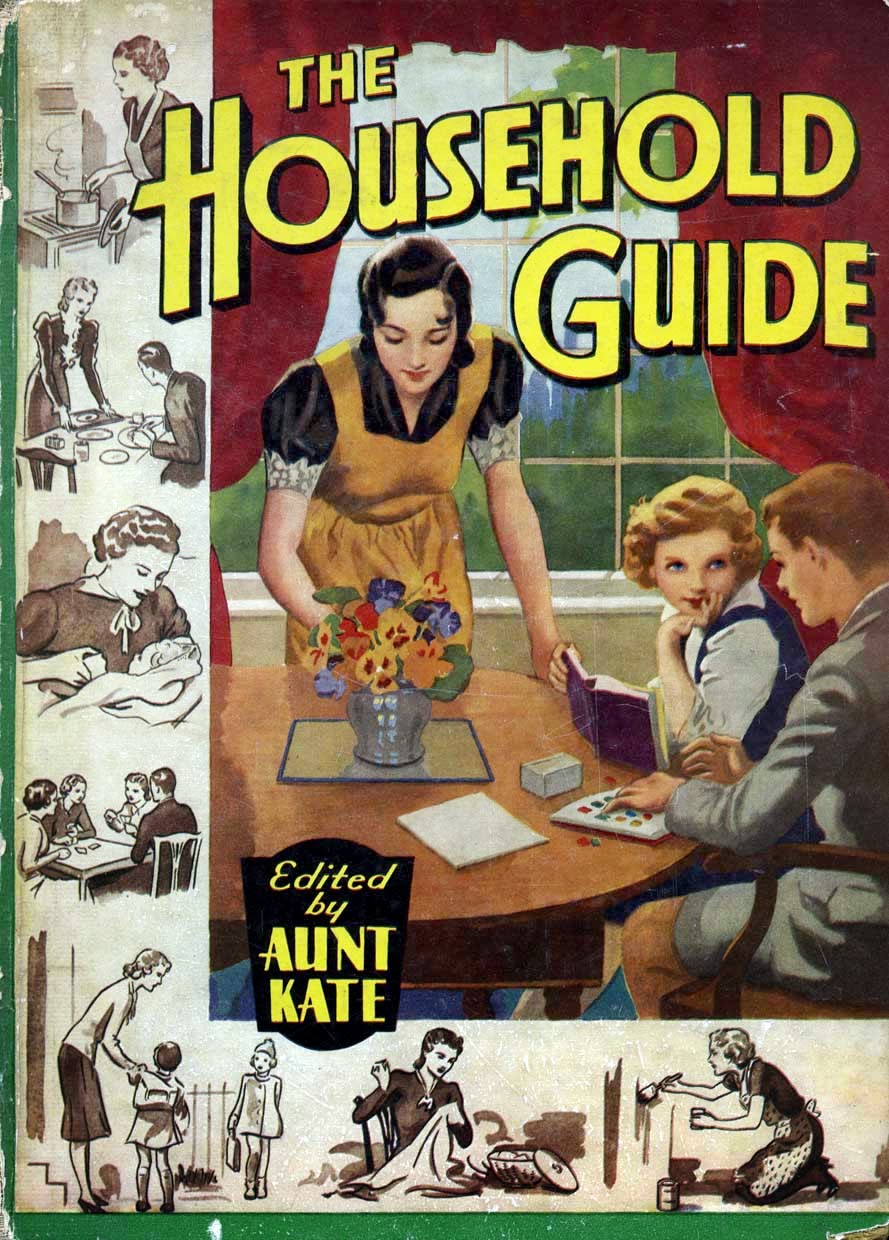 The Household Guide (30s) advises how to ‘Be lovely at 50’. Suggestions include ‘Put a posy in your button-hole and you will lose ten years off your age’; ‘Take trouble with your hats. Veils are kindly to the older woman’; and if you’re worried about your weight try ‘slimming baths, reducing soap, vinegar to pat in and an oxygen cream.’

Some more unlikely slimming advice was given twenty years later in The Book of Woman’s Hour 1953 when a male contributor apparently lost weight by substituting bacon and fried bread for his breakfast porridge.

In the same book we learn that ‘the vast majority of the blouses sold in this country are quite dreadful … wishy-washy, skimpy, meaningless.’ Let’s hope that modern blouses are very meaningful.

The BBC Woman’s Hour Book, published in 1957, has an article on ‘Starting a Tea-Shop’ – still a hugely popular thing to do judging by the number of (we now call them) cafes round where I live. I doubt though if any 21st-century waitress had this problem: ‘I dropped a chocolate bun slap on to an old lady’s hat one afternoon. Her hat was so heavily decorated with bits and pieces that the bun was quite lost in it all … '

Other chapters include: ‘How to be a successful spinster’ by ‘A Psychiatrist’; ‘Emigrating to Canada’; ‘Bringing up Children in Australia;’ while ‘Flying to the Moon’ prophesied that ‘I doubt whether men will land on the Moon much before the year 2,000.’

Hindsight is a wonderful thing in the space travel department – as well as in the departments of slimming and spinsters.

I have five volumes (1930s) by ‘Aunt Kate’ (whoever she was) – The Household Guide pictured above, her Household Annual and Enquire Within which are mostly recipes, while Aunt Kate’s Household Companion and Aunt Kate’s Day-by-Day Book each contain ‘a thought, a recipe, a household hint, for every day of the year’. 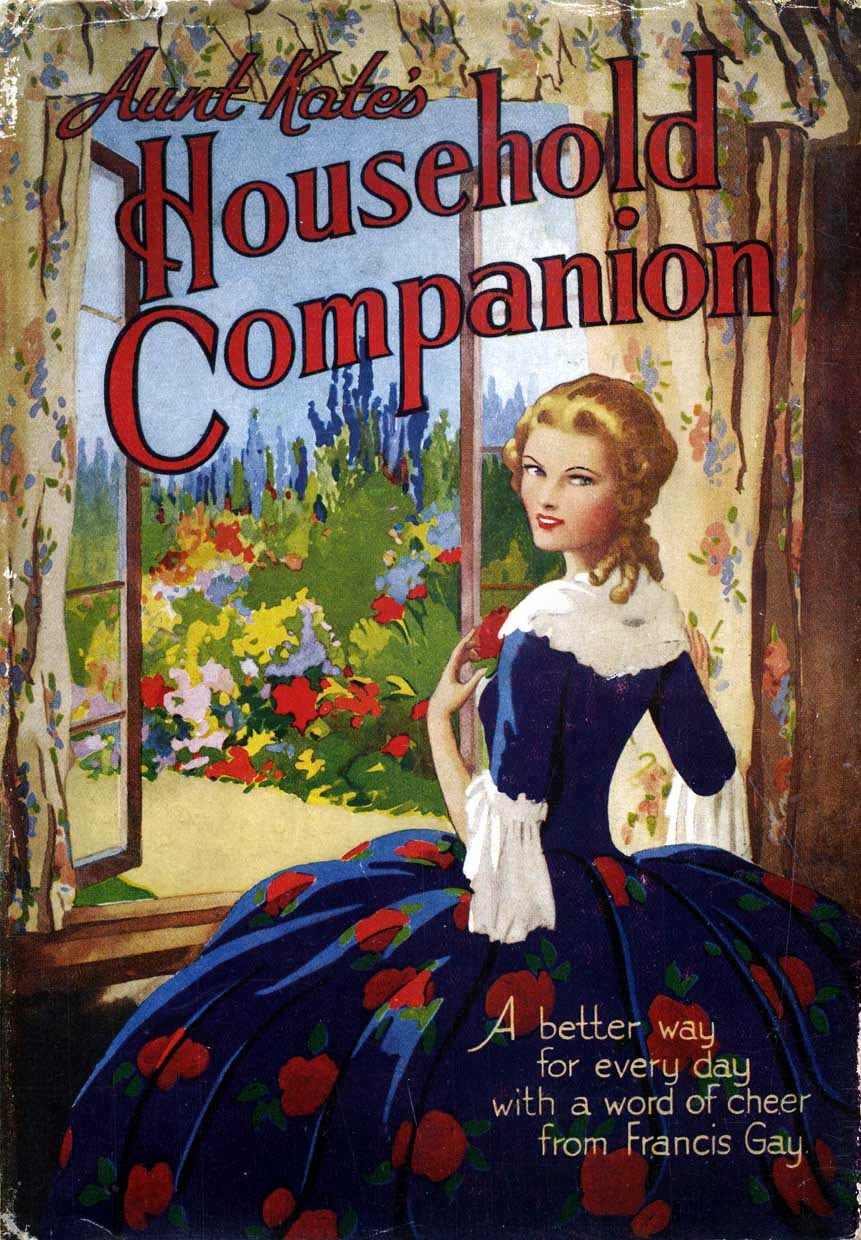 A thought
When you lose something and you say ‘Of course it was in the last drawer I looked in – things always are!’ aren’t you guilty of remembering the bothersome times and not the occasions when you put your hand on something straightaway?

A recipe
Cream of barley soup – sounds very nice with its ‘1 gill of milk’; let me know if you’d like it.

A household hint
The ideal thing, of course, is always to be neatly and carefully dressed even when quite alone in your own house, and to have always one room where it is possible to receive unexpected visitors …

Time to take off the onesie then.
Posted by Kate Blackadder at 04:01 2 comments:

Feeling like a spot of murder and mayhem I read:

Telling Tales by Ann Cleeves. (Christian Aid sale purchase back in May.) One of her brilliant ‘Vera’ novels.

Not in the Flesh by Ruth Rendell. And this is one of RR’s brilliant Wexford novels – my favourite fictional detective.

Then I moved on to espionage: 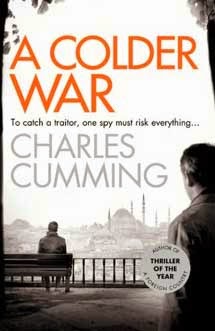 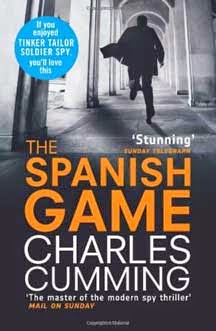 Being a spy sounds very exciting, but a non-existent sense of direction (among other shortcomings) would hamper me were I ever to find myself dodging pursuers. However, I conjure up the thrill of the chase by imagining when on a train, or on the Edinburgh tram, that the 'ticket inspector' coming slowly down the carriage is actually an imposter on the look-out for me. The real inspector is lying trussed up in the guard's van (or tram equivalent). I compose my face. I can only hope that its calm exterior gives no indication of the hammering heart within. I make eye-contact and smile … I’ve got away with it so far.

As is custom in our house, on Christmas Eve I read to my, now 22-year-old, daughter, The Night Before Christmas – two editions, one the traditional version: 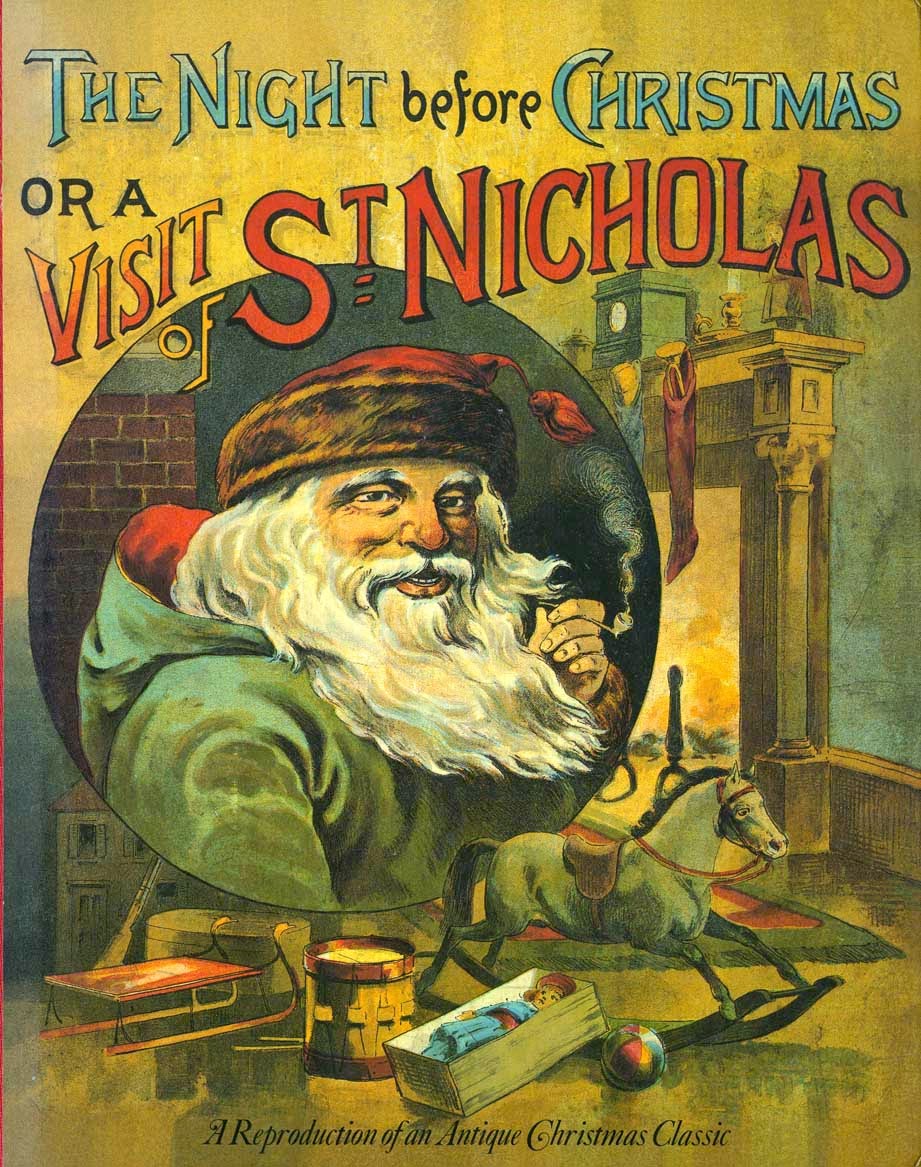 and one with the same words but where the characters are mice: 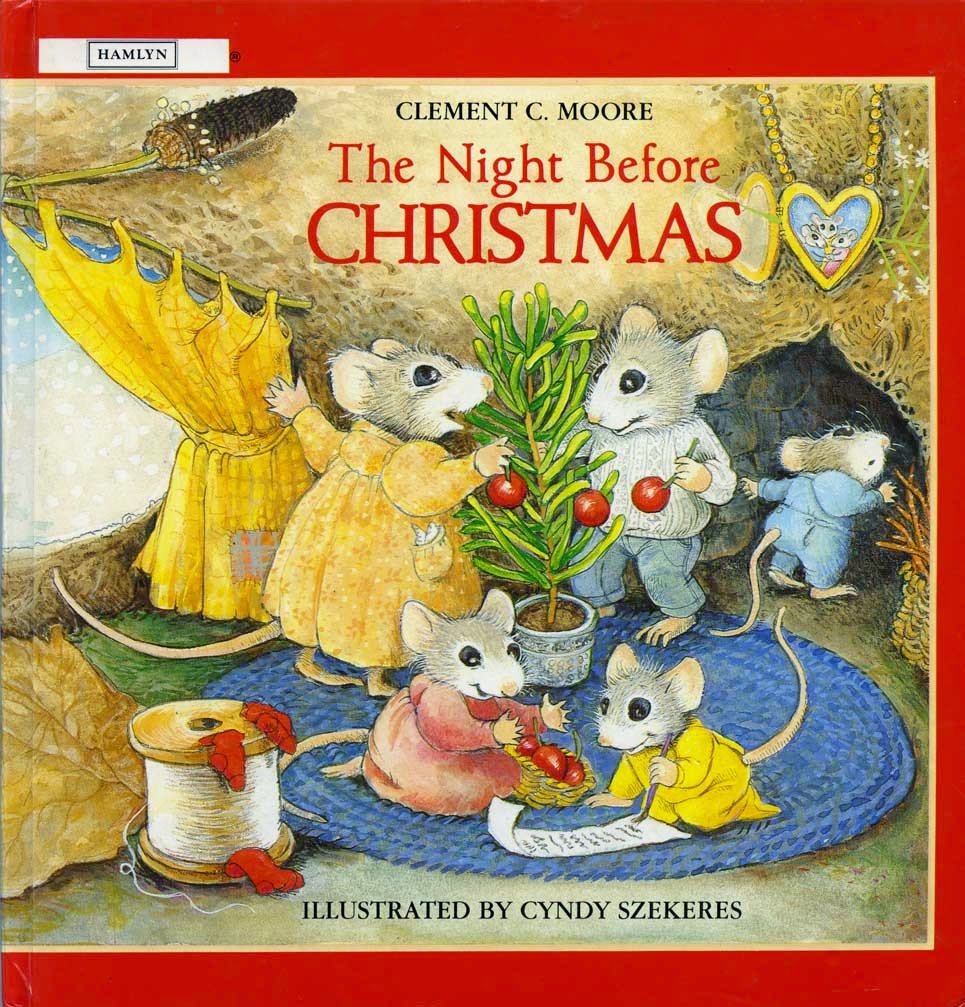 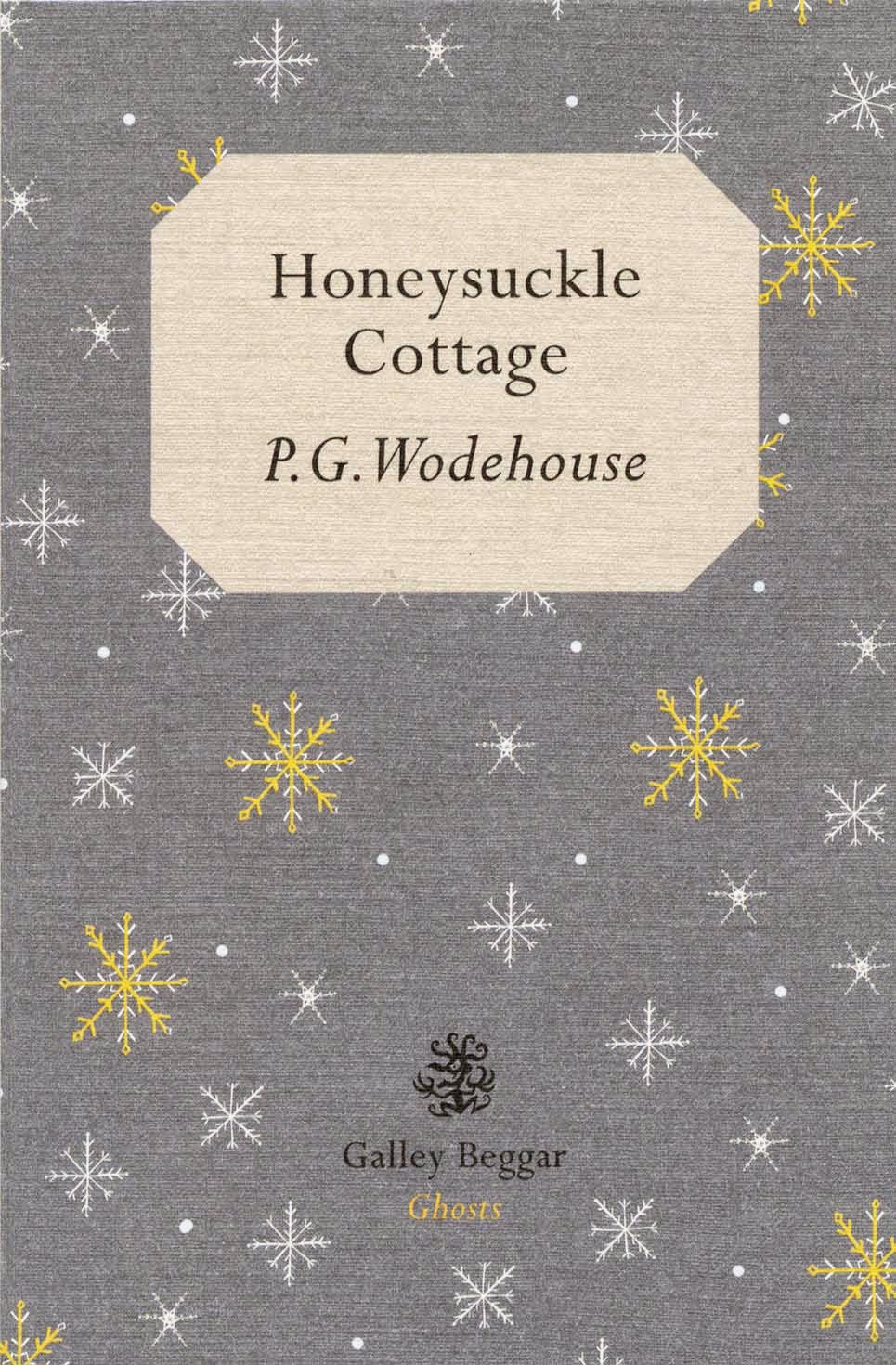 Said daughter gave me a lovely little book published by Galley Beggar Press (‘a new range celebrating the best in classic short fiction’). It’s a Mr Mulliner story called Honeysuckle Cottage by PG Wodehouse. A writer of hard-boiled detective stories inherits the eponymous cottage from his aunt, a romantic novelist a la Barbara Cartland, and to his dismay finds that his writing is being influenced by his surroundings. 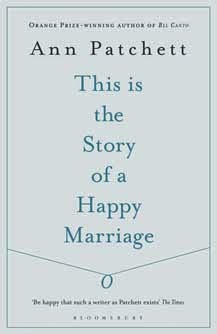 And I’ve been dipping into all month and just finished This is the Story of a Happy Marriage, a collection of journalism by the novelist Ann Patchett (winner of the Orange Prize for Bel Canto). Her subjects are far-ranging – from the relationship between her dog and her grandmother; to going through, and passing, all the tests to join the Los Angeles Police Department; to opening a bookshop in Nashville because there weren't any left ('The Bookstore Strikes Back'). But my favourite piece is called The Getaway Car: A Practical Memoir about Writing and Life which is just that. (I see that it’s available on Kindle as an individual entity for £1.81; highly recommended to all writers).

Her main advice, illustrated by her own experience, is to practise, practise (although being American she says practice, practice). So, if I was to break my resolution not to make any New Year resolutions, that is what I would resolve to do.