I read six books in March. 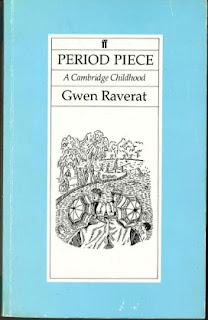 Period Piece: A Cambridge Childhood by Gwen Raverat
Bought at Christian Aid Book Sale last year. This memoir by Gwen Raverat (1885-1957) is illustrated by her own delightful line drawings. Gwen’s mother, Maud, was American, sociable and strong-willed, and her father was one of Charles Darwin’s five sons. Childhood was a dull time for late-Victorian girls but Maud gave her daughters more freedom than most. However there were conventions that could not be disregarded. It’s sad that when she was an old lady Gwen Raverat said ‘it fairly makes my heart bleed’ to remember beautiful summer days when she and sister were not allowed to discard their thick black woolly stockings and high boots.

When she was eighteen, skirts were worn down to the ground – even an inch or two above would have been very improper. Round the bottom of her skirts she had to sew on two and a half yards of ‘brush braid’ which to some extent saved the skirt from getting muddy (no tarmac roads). Then, back home, she had to spend an hour or more brushing off the mud – as she says ‘no more futile job, imposed by idiotic convention’. 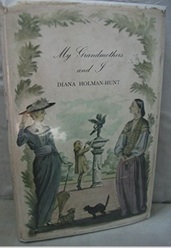 My Two Grandmothers and I by Diana Holman-Hunt
Bought at Christian Aid Book Sale last year. Another memoir – this time by the grand-daughter of the great Pre-Raphaelite painter. Having drawn a couple of poor straws in the parent department, young Diana lived mostly in the country with her lovely cosy maternal grandparents – and had to spend a rather terrifying couple of weeks every so often with her other grandmother, the widow of William H-H, in London. Mrs H-H was parsimonious (Diana went hungry for those two weeks), set booby traps for imaginary burglars and lived entirely in the past with her memories of her (very unfaithful) husband. Luckily Diana was a resilient, feisty and amusingly naughty child who coped very well with this eccentric household. 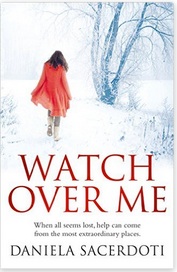 Watch Over Me by Daniela Sacerdoti
Read on Kindle. The first novel in the bestselling Glen Avich series set in the Scottish Highlands – with an incredible 2050 5* reviews on Amazon. ‘A poignant story about letting go and moving on: with a little help from beyond the grave.’ A very enjoyable read. 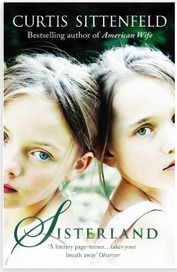 Sisterland by Curtis Sittenfield
Another purchase from the Christian Aid Book Sale last summer (hoping to clear a bit of shelf space before this year’s). I am a big fan of Curtis Sittenfield (she’s written three other books including the touching and funny fictional life of Laura Bush (yes, really! do try it) called American Wife. This one is about identical twins Kate and Vi and their volatile relationship – their disagreements mostly having to do with their psychic abilities. Loved it.

Waiting for You by Catherine Miller
Read on Kindle. Fliss longs for a second baby, a sibling for Hollie, but the negative tests have a detrimental effect on her marriage. Against her husband’s better judgement they sign up to take part in a TV programme called Baby No 2. A light, easy read. 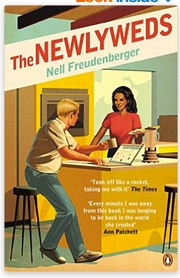 The Newlyweds by Nell Freudenberger
From the Christian Aid sale last year – but I liked this so much I don’t think I’ll part with it just yet. Amina from Bangladesh meets George from New York State online and moves to America to marry him. She is an only child and her secret intention is that when, three years down the line, she gets her citizenship she will be able to bring her parents over to move in with them; however, she begins to realise that that is not the way American families live.

George is a little dull and not particularly handsome. When Amina first sees his photograph she finds his face ‘flawed rather by a certain compression of features leaving large, uncolonised expanses of cheek and chin’. He has a secret too but he’s a decent man; as the Observer review says ‘With great sensitivity and psychological subtlety, Freudenberger charts the misunderstandings experienced by the couple in their first years together.’

The novel was inspired by a chance meeting Nell Freudenberger had on a plane with a Bangladeshi woman who’d just arrived in America to marry a man she’d met on the internet. NF subsequently visited Bangladesh with the woman – the last third of the book is set there.