I read five books in April. An eclectic mix … 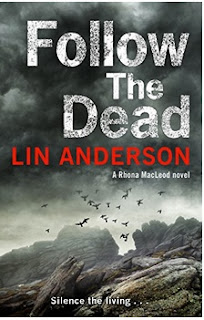 Follow the Dead by Lin Anderson
Part of her series (number 12) about Rhona MacLeod, forensic pathologist. The first I’ve read, and page-turningly excellent it was, although not for the faint hearted; you have been warned. I could cope fine with the forensic bits but the crime that was uncovered was horrendous. I’ll have to wait a while before embarking on another as a friend tells me they are all equally gritty.
It begins with a plane crash in the Scottish Highlands at New Year. From the blurb: What she uncovers is a dark underworld populated by ruthless people willing to do anything to ensure the investigation dies in the frozen wasteland of the Cairngorms . . . 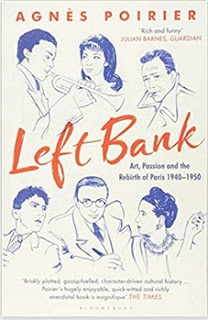 Left Bank: Art Passion and the Rebirth of Paris 1940-1950 by Agnes Poirier
Read on Kindle for book group, non-fiction.
A captivating portrait of those who lived, loved, fought, played and flourished in Paris between 1940 and 1950 and whose intellectual and artistic output still influences us today.
This was a side to the Second World War previously unknown to me. Many writers, artists and intellectuals chose to stay in France after the German occupation although they could have got away – Picasso, Jean Paul Sartre, Simone de Beauvoir for example. As the war swirled around them they carried on with their work – while continually swapping partners. My favourite story was about Jacques Jaujard, who concocted elaborate and successful plans to hide art works from France’s galleries, including the Mona Lisa, in remote chateaux.
The book reminded me, and follows on in a way, of A Moveable Feast, Hemingway’s memoir of life in Paris in the twenties which I read several decades ago. 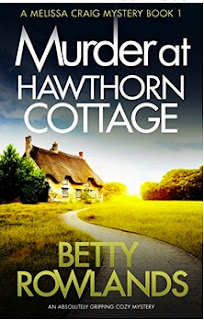 Murder at Hawthorn Cottage by Betty Rowland
Read on Kindle. A nice bit of cosy crime this time with a crime writer protagonist, a good twist in itself. Sometimes Melissa Craig gets muddled between her digging into a local mystery and the novel she is writing. Enjoyable. 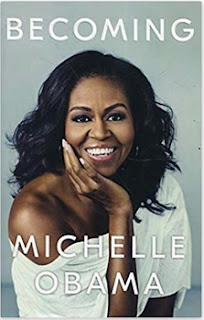 Becoming by Michelle Obama
This was as page-turning as any novel – the former First Lady’s account of her happy childhood on the South Side of Chicago (living with her parents and brother in a tiny space upstairs in an aunt’s house); her striving at school, encouraged by her wonderful mother, and her time at an Ivy League university; her first job at a big law firm and being asked to mentor a summer associate, a man of whom she knows nothing except his name ‘and it’s an odd one’.
That takes us up to p92 of this 430pp book. And after that meeting with the oddly named man (with his ‘sexy baritone voice’) the rest is history … Her writing is terrific with some lovely images – for the first three-quarters of the book anyway. After that, when she describes her time in the White House, it seems to lose some of its character, but here it was so interesting to hear about ‘behind the scenes’.
I was a fan before of the Obamas and am even more so now. 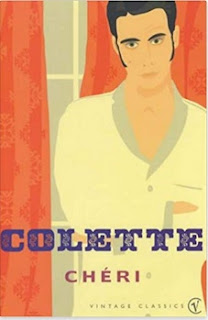 Cheri by Collette
Read on Kindle for book group, continuing a French theme, but chosen because of the recent film, Collette. This is about the relationship between a woman of forty-eight, courtesan Léa de Lonval, and playboy Chéri who is half her age. She has devoted the last six years to his ‘amorous education’ but when an advantageous marriage is arranged for him neither party can foresee how deeply this will affect them. Sensuous and atmospheric but never graphic.
Posted by Kate Blackadder at 09:44 No comments: