I read nine books in July. 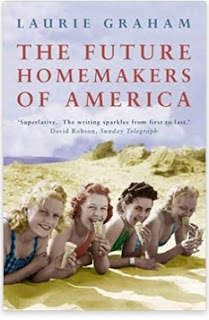 Future Homemakers of America by Laurie Graham
I read this round about the time it came out, in 2002, so when I realised that a sequel had been published a couple of years ago I had to reread this first. And I liked it just as much this time. Five American women, stationed with their husbands on an air base in Norfolk in the early 1950s, make friends with a local woman, Kath. Their friendships (and fall-outs) endure over the next forty years.

What makes the book so special is the very under-rated Graham’s drily humorous writing (someone described it as a cross between Victoria Wood and Alan Bennett, and her dialogue is brilliant), and the very individual voice of the narrator, Peggy. This is how it opens:

We were down at the commissary, just for something to do, me and Lois, pushing Sandie in her stroller. Breath puffing out like smoke every time we laughed and just hanging there in the air. The cold hadn’t killed the scent of the beet harvest, though. All my born days, I never knowed such a sickly smell.
‘I swear,’ she said, loud as you please, ‘this place is colder than a gravedigger’s ass.’ Lois always did have a mouth on her. 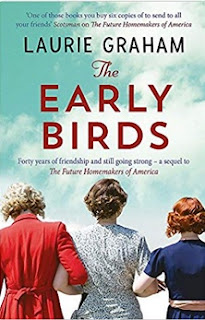 The Early Birds by Laurie Graham
The sequel. The friends are geographically apart, and distant in other ways too now, but there are still ties that bind. It was great to catch up with Peggy, and to find Lois as mouthy in old age as ever she was; sadly, some of them didn't make it to the end of the book. If I have a gripe it’s that I did learn rather more than I wanted to about 9/11 conspiracy theories.

Laurie Graham is English I believe but many of her characters are American. Gone with the Windsors is the story of the romance between Wallis Simpson and the Prince of Wales, told obliquely by a childhood friend of Wallis’; The Importance of Being Kennedy is about JFK’s family, seen from the viewpoint of their nanny. Both highly recommended. 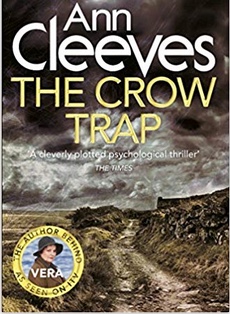 The Crow Trap by Ann Cleeves
Christian Aid book sale. This is the first ‘Vera’ book and excellent it is although the doughty detective doesn’t appear until more than halfway through. Ann Cleeves is so good on landscape as well as character – and plot of course, a triple whammy. 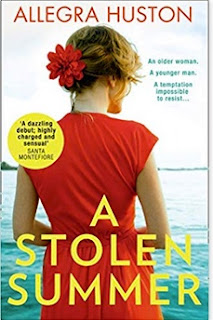 A Stolen Summer by Allegra Huston
Forty-something, unhappily married Eve falls for the twenty-seven-year-old son of an old friend. Ticked a couple of boxes for me – the New York setting and the lovely writing – but in the end I found Eve and her lover to be just too too precious. 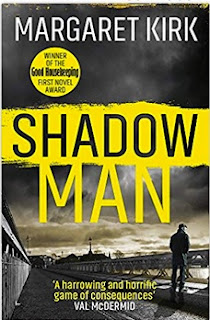 Shadowman by Margaret Kirk
A fabulous police procedural set in and around Inverness. When I went up to the area after reading this I couldn’t resist going to have a gawp at the hotel where the murder was ‘committed’ and very lovely it looked in the July sunshine, unlike that dark night when …. Can’t wait to read the next one.

The last week in July I was able to have a reading binge when I went to stay with my sister for a few days – which included the hottest day of the year (so far). So how better to spend it than on the hammock? 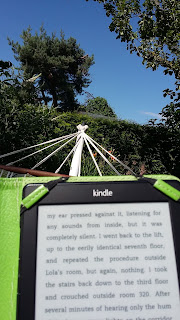 And the book on my Kindle is: 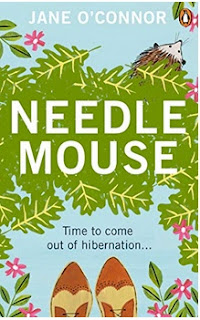 Needlemouse by Jane O’Connor
This was another recommendation by Joanne Baird on her Portobello Book Blog that I thoroughly enjoyed.

It’s told in diary form, by Sylvia Penton, aged 52, PA to ‘Prof’ in a university department and in love with/obsessed by him. Sylvia is no middle-aged Bridget Jones though – she has mean and judgemental thoughts, no friends, doesn’t like her teenage niece and has an odd relationship with her brother-in-law. The only person she really likes is her sister Millie, a lovely, larger-than-life character, who tries to include Sylvia in social occasions without much success. Sylvia’s idea of a good night in is rereading Prof’s published books and articles.

The only unselfish thing she does is to help elderly Jonas in his hedgehog sanctuary at weekends.

By comparing Sylvia’s year with that of a hedgehog (hedgehog in Japanese translates as ‘needlemouse’) through Jonas’s writings on the little creatures, Jane O’Connor eventually shows us a much happier Sylvia under all her prickliness. Delightful. 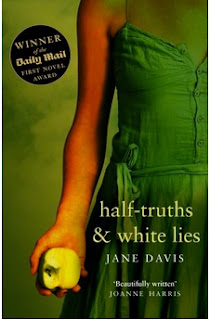 Half Truths and White Lies by Jane Davis
Read on Kindle. Heard about this author on Anne Stormont’s Virtual Book Festival. After Andrea’s parents are killed in a road accident she begins to uncover the things they never told her – and much more. Love a family secrets story and this did not disappoint. 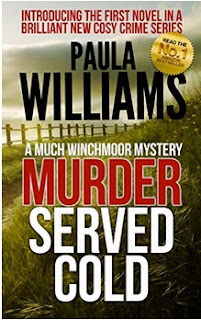 Murder Served Cold by Paula Williams
Read on Kindle. First in the Much Winchmoor mystery series, by an author whose magazine short stories, serials and articles I have enjoyed reading over the years. Oh no! – the first in another excellent cosy crime series. I will never live long enough to read them all. 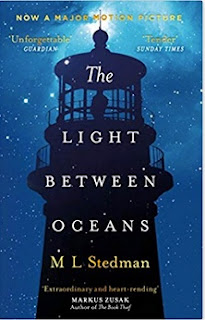 The Light Between Oceans by M. L. Stedman
Bought in charity shop. Lighthouses hold endless fascination even though these days the light is controlled remotely. The ‘Janus Rock’ with its lighthouse is fictional but based on a location a hundred miles off the coast of Western Australia, where the Indian Ocean meets the Southern Ocean.

The book has been out for a while, not sure why I’ve only caught up with it. But better late than never and now I’ve got the film to track down. I see online that some of it was filmed in Port Chalmers/Dunedin which I visited last year so that’s even more reason to watch it.

It’s the story of WWI veteran turned lighthouse keeper Tom and his wife. Isabel keeps having miscarriages so when a small boat is washed up on the Rock with a dead man and a very new, living baby girl, it seems like a miracle. The remoteness of their situation means that the secret can be kept … but not forever. Read this in one big gollop.

And if you’re keen on lighthouses in fact not fiction do check this out. 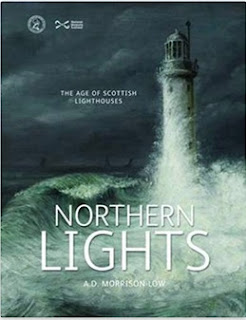 Posted by Kate Blackadder at 12:19 No comments: