The photo below was taken at The People’s Friend story-writing workshop in York on 22 October, once again a thoroughly enjoyable experience for the guest author.

… but it is never too late to take up writing stories. 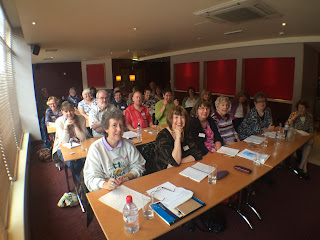 The lovely lady at the front, far right, when asked to say something about herself, told us that seventy-two years ago she had gone into the building we could see on the other side of the road to be interviewed for the Wrens.

There were others on the course who said they’d never been so busy since retiring.

And that neatly illustrated a point PF Fiction Editor Shirley Blair made about writing for the magazine.

Many of the stories she receives portray people in their sixties and seventies as if they were much older. Folk of that age these days tend to be out and about, travelling, taking up new interests, attending writing workshops … They’re not sitting at home telling their school-age grandchildren what they did in the war – because they’re not old enough to remember it. Do the maths.
Posted by Kate Blackadder at 04:32 No comments:

Edinburgh Writers’ Club session 2015-16 got off to a cracking start on 22 September with opening speaker Elaine diRollo. She gave us a very frank insight into her publishing experiences and her writing and research methods. I had read and loved her quirky historical novel A Proper Education for Girls. Her third novel, Beloved Poison (she is now publishing under the name Elaine Thomson), is due from Constable and Robinson (an imprint of Little, Brown) in March 1916.

The second meeting was a ‘speed-chat’ arranged just like a speed-dating event (so I’m told …) except that you didn’t have to give anyone marks out of ten. As there were four new potential members that night, as well as members ranging from one to thirty years standing, it was an excellent way to get to find out what everyone was working on, what their writing goals were, and generally find out more about them.

Not one but two fellow EWC members are having novels published in the next few weeks. 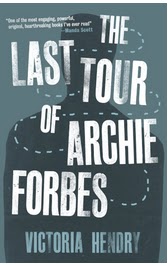 See my interview with Victoria Hendry here about her first novel A Capital Union. Her second The Last Tour of Archie Forbes is being launched at Blackwell’s Bookshop, Southbridge, Edinburgh on 29 October, 6.30.

The book tells the story of a traumatised Afghanistan veteran fending for himself in Austerity Britain. The publisher (Saraband) describe it as 'A dazzling, empathetic and darkly funny portrayal of the hostile home front' and novelist Manda Scott says it's 'One of the most engaging, powerful, original, heartbreaking books I've ever read.' 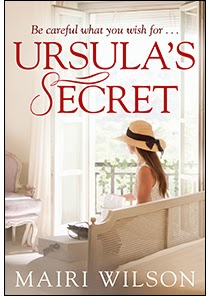 And Mairi Wilson’s first book Ursula’s Secret, which won the Sunday Mail Fiction Prize, is being launched at Waterstone’s West End, Edinburgh on 4 November, 6pm. Here's Mairi (on Facebook) talking about it. The paperback will be out for the launch; the Kindle version is available now for 59p. 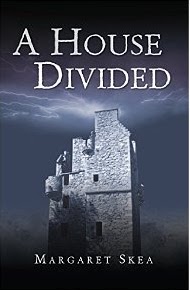 A former EWC member has a book launch this very evening. Margaret Skea's first novel Turn of the Tide won all sorts of awards and is a brilliant read so I have high hopes of her new one A House Divided.

What inspiring company to be in!

As for me, I am really looking forward to judging the Scholarship Award at the Scottish Association of Writers Conference (SAW) in March. This is for a story aimed at a woman’s magazine and the winner will have their expenses paid to attend the conference. (NB The competition is open only to members of writers’ clubs affiliated to SAW.) I should be getting a pile of manuscripts around 23 November so that will keep me very busy for a couple of months. 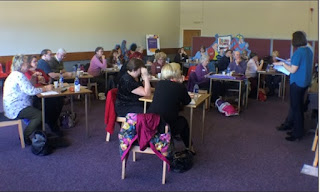 I was delighted to be guest author again at a People’s Friend workshop on 10 October in Dundee. There were twenty delegates and as before it was great to listen to the advice from PF Fiction Editor Shirley Blair and her team, and to hear what delegates made of the various exercises. I always learn something myself from these events. Looking forward to the York workshop later this month (fully booked) – and to the train journey down when I can read, write or stare gormlessly out of the window.

Posted by Kate Blackadder at 07:41 No comments:

Six and a bit in September

I read six and a bit books in September. 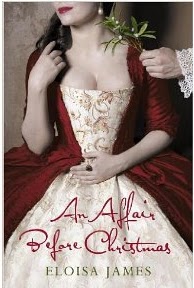 An Affair Before Christmas by Eloisa James
In August I fell for Paris in Love by Eloisa James (aka Professor Mary Bly, Professor of English Literature, Fordham University, New York), a work of non-fiction that made me want to try her Regency romances. The heroine of An Affair Before Christmas, part of her Desperate Duchesses series, is Lady Perdita Selby, known to her friends as Poppy. Poppy is madly in love with – her own husband, the Duke of Fletcher, but all is not well in their four-year marriage. A good read – will find out sometime why the other duchesses were desperate. 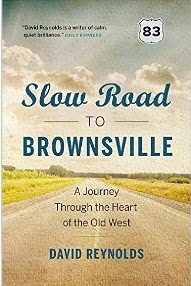 Slow Road to Brownsville by David Reynolds
I saw David Reynolds at the Book Festival, attracted by the premise of his book – an account of the trip he took a couple of years ago, driving by himself from Winnipeg, in the south of Manitoba, Canada, down Highway 83 to Brownsville, Texas.

He’d made the trip to Winnipeg a few years earlier to track down what happened to his grandfather (a story he told in his book Swan River: Memoir of a Family Mystery). It was then that he heard of Highway 83, and was astonished to find out that the road went all the way through North Dakota, South Dakota, Nebraska, Kansas, Oklahoma to Brownsville – 2271 miles.

Whereas interstates are new, American highways, I learnt, more or less all follow the former buffalo trails so his travels were through the old Wild West. He’s a wonderful writer and I’m grateful to him for doing this road trip for me to enjoy vicariously very much indeed. 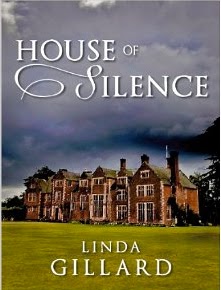 House of Silence by Linda Gilliard
This is one of the books I mentioned in a previous post Patchwork Pieces.

Orphaned by drink, drugs and rock n’ roll, Gwen Rowland is invited to spend Christmas at her boyfriend Alfie’s family home, Creake Hall – a ramshackle Tudor manor in Norfolk. Soon after she arrives, Gwen senses something’s wrong. Alfie acts strangely towards his family and is reluctant to talk about the past. … When Gwen discovers fragments of forgotten family letters sewn into an old patchwork quilt, she starts to piece together the jigsaw of the past.’

Very intriguing. I liked the way this was told – sometimes by Gwen in the first person and sometimes it’s her in third; Rae, matriarch of Alfie’s family, also has a voice. The family secret is rather weird and wonderful, although with the brooding sky on the cover and an ancient manor house called Creake Hall I expected the story to be more gothicky. 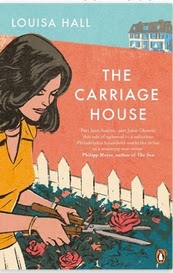 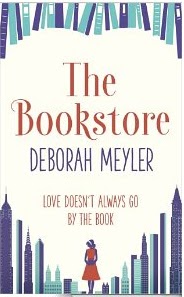 The Bookstore by Deborah Meyler
Esme Garland is an English girl in Manhattan, a student of art history at Columbia University. Under the terms of her scholarship she’s not supposed to work but circumstances render her in need of extra dollars and she gets a part-time job in a second-hand bookstore – a wonderful shop, sadly one of the few remaining in New York (this was published in 2013). Elegantly written and with great characters – I loved it.

Made me wonder though. Esme’s erstwhile lover, Mitchell, is from one of those rich American families who live in NY and have a weekend ‘cottage’ (ie another massive house) in Long Island. They’re all screwed-up, manipulative and unhappy. Is this how such families are in real life or just in fiction? If anyone knows of a modern novel with a rich American (or any nationality) family who are cheery and appreciative of their lot do let me know.

Took it into my head to reread two school stories (which is why my TBR pile will never get smaller): Lucy Brown’s Schooldays by Dorothy Vicary and The New Girls of Netherby by Judith Carr. Neither stood the test of time.

I was sorry that TNGoN hadn’t because I remember reading it over and over when I was about nine, so much so that I wrote in the back ‘This is one of the best books I’ve got.’ But this time round I couldn’t help noticing the ‘bad writing’: how the point of view jumped around; how the characters never ‘said’ anything – they ‘retorted pertly’, ‘protested indignantly’, ‘returned evasively’, ‘sighed solemnly’, ‘echoed impulsively’ etc. Etc. And the two girls from Ireland were more Oirish than the Oirish (‘’tis a wonderful sight you are, mavourneen … ’).

But I certainly didn’t notice all that when I was nine – what I wanted was to be the heroine, Sally Nicol, because she won a writing competition which led to her being offered a full scholarship to boarding school, to Netherby Hall. That appealed to me because I was not just the only girl in my class in my rural primary at the time, but the only pupil – the thought of boarding school fills me with horror now though.

I did learn a small piece of social history from Lucy Brown (first published 1951) – apparently you could take laddered stockings to be ‘invisibly mended’ in ‘an invisible mending place’. Who knew?
Posted by Kate Blackadder at 07:51 2 comments: