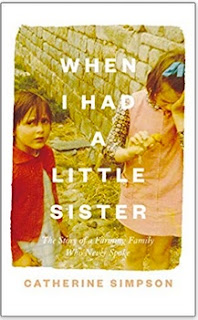 WhenI had a Little Sister: The Story of a Farming Family who Never Spoke by Catherine Simpson
When I went to the launch at Waterstones in Princes Street earlier in the year there was such a large crowd they ran out of copies. Before that, in March 2018, Catherine Simpson was a speaker and adjudicator at the Scottish Association of Writers’ Conference and when I heard her read from what was then an unpublished book I knew I wanted to read it. (And I was delighted when she placed my story third in the competition she was judging … ) Anyway, I finally got my hands on a copy and got it signed after her talk at the Edinburgh Book Festival.

It’s a rich, raw memoir of her family, generations of Lancashire farmers, and in particular her younger sister who took her own life aged forty-six. That situation is, of course, heartbreaking but this is not a depressing read (I don’t do misery memoirs); in fact it is laugh-out-loud in some places because Catherine Simpson is such a good writer, has an eye for the absurd and has a role call of relatives as fascinating as those in any novel. (One reviewer described her mother as ‘a northern matriarch who might have been created by Alan Bennett for a League of Gentlemen spin-off.’)

In her immediate and extended family, though, there was little communication beyond the day-to-day stuff, as indicated in the sub-title; maybe things might have turned out otherwise had that not been the case. 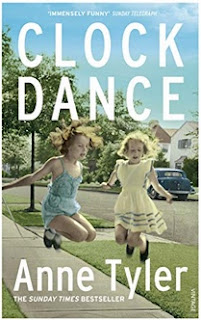 Clock Dance
The latest Anne Tyler. Love her, loved this. There is no other writer who can make me feel so completely as if I’d crawled into someone else’s skin. Sixty-something Willa, sinking into retirement in a golf resort in Tucson, Arizona (she doesn’t play but Peter, her second husband, does), gets a phone call from a stranger. As a consequence, she finds herself flying to Baltimore to look after a child she has never met and living in a neighbourhood much more colourful than her own. 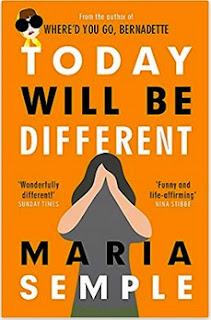 Today Will Be Different by Maria Semple
Charity shop find. I read and enjoyed a previous book by this author, Where’d You Go, Bernadette?, which has now been made into a film. This one (which will be an HBO TV series starring Julia Roberts apparently) is also about a dysfunctional family of parents and their only child. Animator Eleanor Flood’s plans for the day go awry in so many ways (a situation we can all sympathise with although personally, and thankfully, I haven’t had a day that went quite so pear-shaped).

There are some funny set pieces including flashbacks to how she came to be estranged from her sister (I will be interested to know who plays her grotesque brother-in-law if we ever get to see the series here). Not the easiest book to get into but worth it in the end. 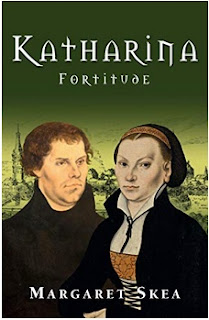 Katharine Fortitude by Margaret Skea
The story of Katharina von Bora’s marriage to Martin Luther (whose actions changed the course of Western history) – a period I was unfamiliar with (Germany, early 1600s). Margaret Skea puts flesh on the bones and makes the characters and the times come alive.

She has built up a picture of a very believable Katharina, from the little that is known about her. It is, however, on record that Frau Luther was outspoken (even, shock, horror, when she was the only woman in male company), something that was disapproved of by many – but not her husband. Their highly controversial marriage would appear to have been a very happy one. 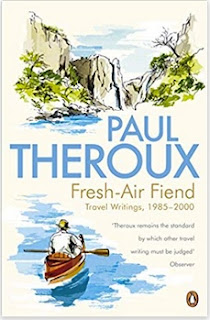 Fresh-Air Fiend: Travel Writings, 1985-2000 by Paul Theroux
PT is probably my favourite travel writer; I’ve read all his books about his epic train journeys. I didn’t know until I read this about his kayaking exploits – round his own part of the east coast of the United States and in the Pacific. Other chapters include: a visit to a bomb crater on Christmas Island, the making of the film of his novel Mosquito Coast, his professional relationships with other writers, and some book reviews. 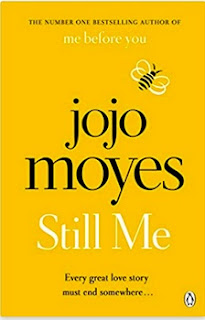 Still Me by Jojo Moyes
Sorry to say goodbye to lovely Lou Clarke (Still Me follows Me Before You (or, as it’s known in our house, ‘the film that made your father cry’) and After You). As a consolation though this book has one of my favourite settings, New York, and a great cast of completely new characters. 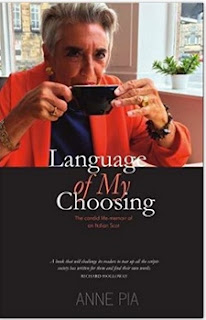 Language of My Choosing: The Candid Life-Memoir of an Italian Scot by Anne Pia
Following on from her rather unhappy childhood in post-war Edinburgh when it was assumed that she join the family business, the Copper Kettle Café, Anne Pia has fought, and succeeded, not to conform; today she is a successful poet and academic writer. The happy legacy of the Italian side of her family is her love of good food and there are some mouth-watering descriptions, and pasta-cooking tips. 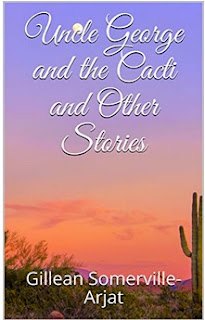 This is a veritable feast of short stories. Includes: a Moroccan woman, a recent emigrant to Spain, worries about what will become of her family; a woman of a certain age encounters a street poet in Lisbon; three mysteries/crimes set in Scotland; retellings of classical stories; a relationship goes very wrong between an aunt and her nephews; a young woman forced into prostitution in 19th-century Venice; and the title story, about a schoolgirl’s wonderful and elusive Uncle George and the presents he handed over … ‘as he descended from an overnight bus from London, bearing yet another bowl like a sacred offering.’
Posted by Kate Blackadder at 12:02