I read seven books in November. 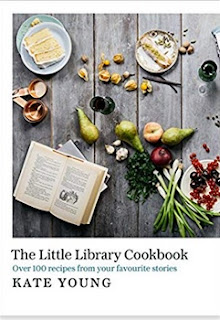 The Little Library Cookbook by Kate Young
I love reading (and using ... ) cookery/baking books; don't usually mention them here – making an exception because this lovely book (bought with the last of a birthday book token) has 100 recipes that the Australian-born author and blogger has written and road-tested, inspired by food references in her favourite books. They all sound delicious and very doable, not in the least gimmicky. If you are looking for a Christmas present for a book-loving cook look no further. 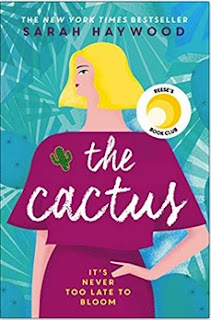 The Cactus by Sarah Haywood
I liked this first novel a lot – it’s ‘uplit’, the same category as, eg, Needlemouse and Eleanor Oliphant is Completely Fine (also first novels as it happens; look forward to all their second ones). Susan is in her mid forties, a workaholic living on her own with no outside interests (apart from seeing a friend-with-benefits once a week) and a toxic relationship with her brother. She has a complete lack of self-awareness which is funny and sad at the same time. An unplanned pregnancy and the revealing of family secrets after the death of her mother turn her carefully managed life upside down. 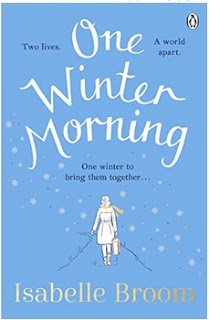 One Winter Morning by Isabelle Broom
I’m a bit puzzled by how this book is presented, in its title, wintry cover and promotion banner beginning ‘Warm your heart this Christmas … ’ None of these, to my mind, give a true indication of what the book is like.
The incident that happened ‘one winter morning’ in England was offstage and a year before the story begins. It was the catalyst for Evangeline (‘Genie’) going to New Zealand where most of the book is set. Genie is there during the month of December, one of the hottest times of the year on the other side of the world, and Christmas barely gets a mention.
I wasn’t keen on Genie (perhaps it was the way she came over in the first person, present tense voice). Her little sister Tui was delightfully drawn though and there was a great sense of place – I enjoyed, vicariously, revisiting Queenstown in the South Island of New Zealand. 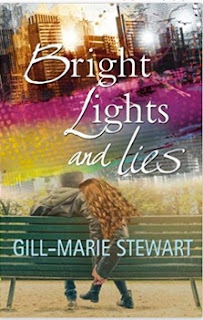 Bright Lights and Lies by Gill-Marie Stewart
When I was a child and got new books only at birthdays and Christmases and from additions to the folding bookcase that was the school library (we weren’t anywhere near a public library), I read them immediately.
Nowadays I’m spoilt for choice – I can buy books for myself in print or digital from bricks-and-mortar and online bookshops, or I can borrow from Edinburgh’s Central Library, fifteen minutes’ walk away. I can acquire them from second-hand or charity bookshops or buy and get them signed at events; even get out-of-copyright titles free from Project Gutenberg.
So there is always a tottering to-be-read pile; I wouldn’t go back to my previous state but I know I’ll never recapture the total joy I used to feel at embarking on a book I’d never read before.
Bright Lights and Lies was bought at a book launch four years ago and only now fished out of the pile. And well worth the wait it was too – a YA set mostly in Glasgow, a sweet romance between Finn and George (Georgina) with some very gritty subjects along the way, such as drug addiction and police corruption. 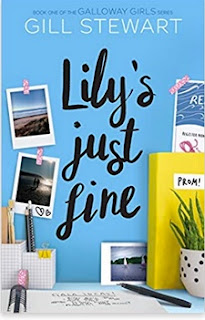 Lily’s Just Fine by Gill-Marie Stewart
And having enjoyed that Gill-Marie Stewart it was great to be able to whiz over to the TBR pile for the first in her new series Galloway Girls. That one was bought at the Romantic Novelists’ Association conference a mere four months ago. Again, a sweet romance plus difficult subjects for the protagonists to tackle, set in beautiful Galloway in south-west Scotland. Lily is a terrific character because she’s so well rounded; she just walks off the page, as do all the other teenagers and adults. 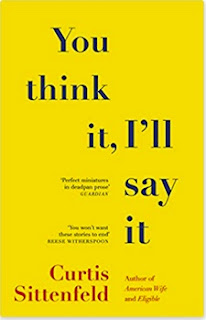 You think it; I’ll say it by Curtis Sittenfield
Short stories. I loved CS’s first four novels especially The American Wife and Sisterland; I was disappointed however in her fifth, Eligible, a bleak modern retelling of Pride and Prejudice. So I was interested to read this, her first short story collection. In several of the stories she references and skewers current American politics, one of her favourite themes as evidenced in The American Wife (an imagined life of Laura Bush – yes, really, and far funnier than you’d expect).
She’s good too on the perennial theme of meeting your high school nemesis; that’s in A Regular Couple. The secret game (that gives the book its title) played by Julie and Graham, married to other people and who meet through their children, is embarrassingly misconstrued by Julie; in Plausible Deniability it’s Libby who thinks her relationship with her brother-in-law is other than it is.
‘You won’t want these stories to end,’ said Reese Witherspoon no less. 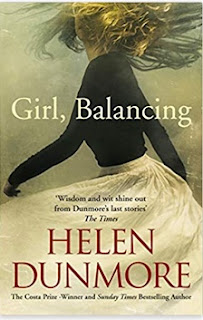 Girl, Balancing by Helen Dunmore
Read for book group, these are short stories which were published after the writer’s untimely death in 2017. The subjects and themes are wide-ranging and include: a teenager, abandoned by her parents, gives the book its title; a young man caught in a storm while on a boat to Sweden meets a mysterious girl; the last days of John Keats; two women from very different backgrounds have an unusual night out; a young mother is left with her unpleasant mother-in-law while her husband goes exploring; and much more. She's such a wonderful writer.

Posted by Kate Blackadder at 07:09