Out of the garret

I’ve had a lovely writerly week – although not much actual writing got done.

Last weekend was the forty-fifth Scottish Association of Writers Conference at the Westerwood Hotel near Cumbernauld. Around 140 writers from all over Scotland met for two days of competition adjudications, workshops, talks, old and new friendships, and some very delicious sticky toffee pudding. And, yes, a few glasses of wine were taken. I was delighted and amazed to win the Romantic Novel Award judged by novelist Rosemary Gemmell. 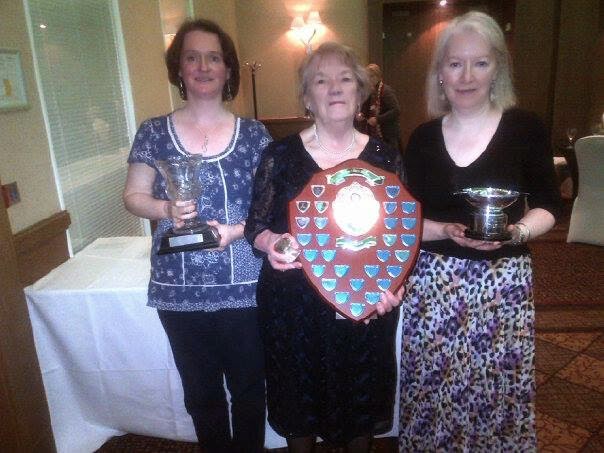 I’m on the right, with fellow Edinburgh Writers’ Club trophy-winners: Sheila Adamson (Young Adult Novel) on the left, and Kath Hardie (General Short Story/Scholarship). Thanks to Lorna Fraser (also among the prize-winners) for the photo. My prize was a quaich (a drinking cup) and it looks very nice on a shelf in my writing room although whether I shall ever put it to its intended purpose and fill it with whisky depends on how many writing successes/rejections the next year holds.

My novel (actually a novella), provisionally called The Road Home, is set in Edinburgh and in Melrose and the strapline is: A family crisis brings Stella back to the Scottish Borders and the man she left behind. I will say no more for the moment, just get on with those last few thousand words …

Shirley Blair, Senior Commissioning Editor of The People’s Friend, was an adjudicator/workshop leader at the Conference. I hadn’t met her before and as she is my editor at The PF it was lovely to have the opportunity to talk to her face to face. She has been with D C Thomson since the seventies so there is nothing she doesn’t know about writing for women’s magazines. I'm writing another serial for The PF – yes, Shirley, don't worry, I'll just finish this post and get on with the fourth instalment ...

On Thursday a friend and I went through to Glasgow for a launch in Waterstone’s of Catherine Czerkawska's novel The Physic Garden published by Saraband. It is set in Glasgow in the early 1800s and is the story of William Lang and his unlikely friendship with botanist Dr Thomas Brown. Both men were real people but as they disappeared from the records early in their lives Catherine was able to imagine what became of them. I’m really looking forward to reading it and would urge you get a paperback copy; the cover, featuring a sampler from Glasgow Museums, is gorgeous as you can see and the book comes with a matching bookmark. 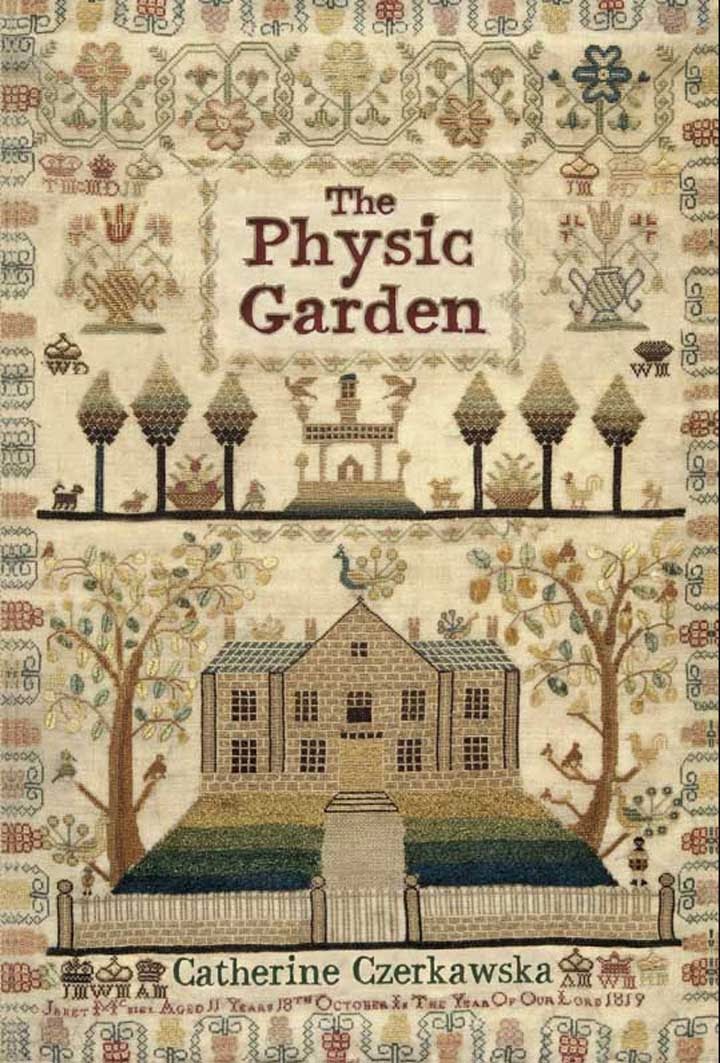 On Friday morning I went as usual to the creative writing class at the Southside Centre. We've just finished a couple of terms of writing on the theme of transport – planes, trains, automobiles ... not to mention mountain rescue land rovers, space ships and broomsticks – look forward to finding out what next term's topic will be.

To finish off the week was the launch of KelpiesTeen, the new YA imprint from Floris Books. One of the first three titles to be published in the series is Mind Blind by former Edinburgh Writers' Club member, the very prolific Lari Don. This is her first teen novel and if it's as good as her picture books, storybooks for younger readers and retelling of traditional tales, it will be fabulous.

So, a very sociable week. Now it's back to the garret. I believe I said I had some writing to do.

I finished only six books in February, partly because I've started a very long one which will appear in March’s list.

Janie Steps In by Elinor Brent-Dyer

I needed some respite from large book mentioned above so grabbed this which I hadn’t read in years. It’s a kind of precursor to the Chalet School books – here the future Chalet School pupils are very young. It’s not very good (no plot to speak of, far too many characters and some very irritating baby-speak) but it’s interesting if you’re a CS fan, which I am, to see the lucky little girls who will one day have wonderful adventures in the Tiern See washed down with lots of Kaffee und Kuchen.
E B-D must have written her books with an A-Z of names by her side, to christen all the babies her heroines produce so effortlessly and so regularly. By the end of this book Janie has five children, the oldest aged eight. If remember rightly, Joey, young sister of the Chalet School founder, went on to have eleven including triplets and two sets of twins. She also found time to write novels. Hah! 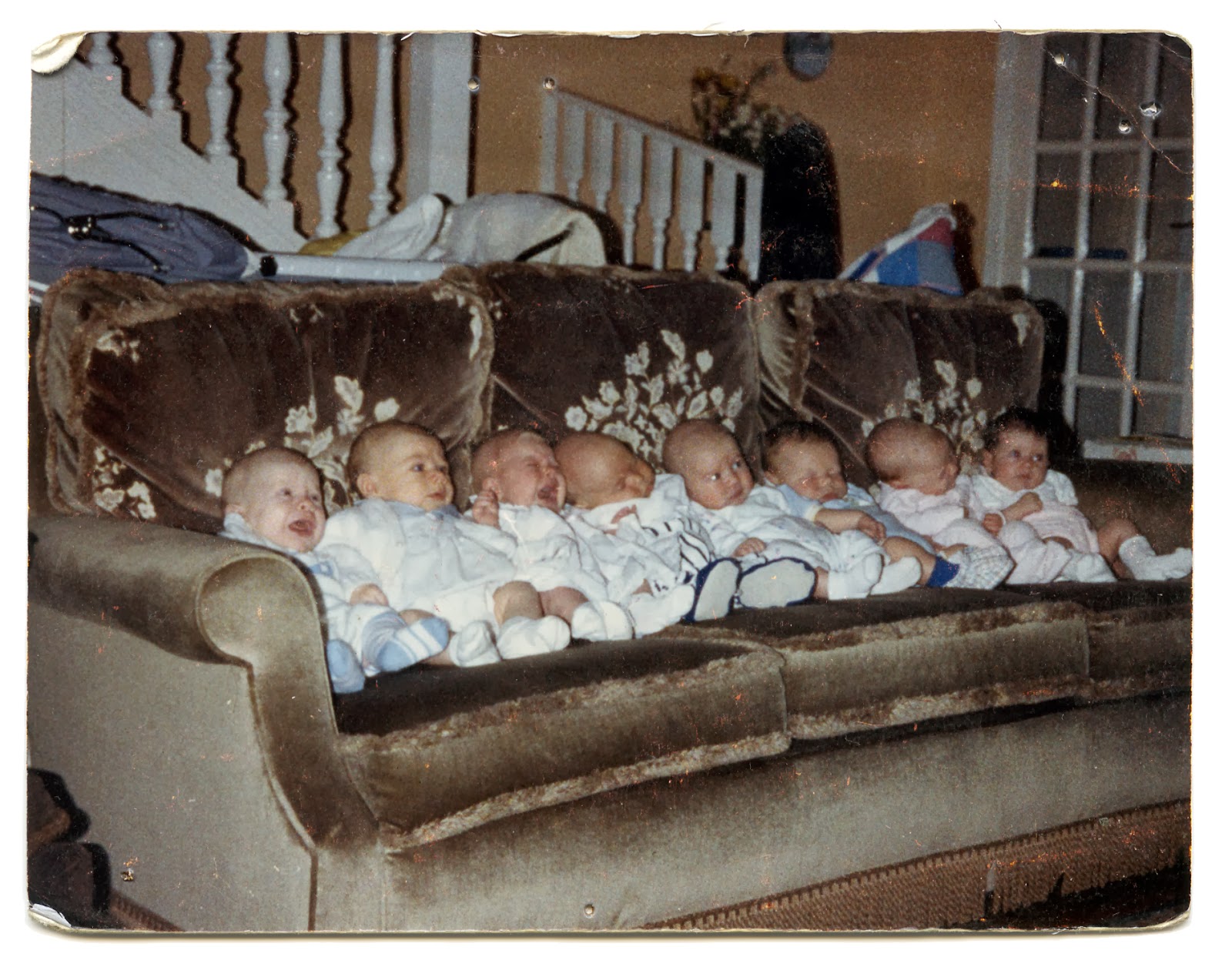 The Cleaner of Chartres by Salley Vickers
Read for book group.  A large cast of characters centred around Agnes, one of whose jobs is to clean Chartes Cathedral. A fairly gripping read which fizzled out – the ends tied up in a thirteen-line Afterword as if the author had run out of ink/paper/steam.

Churchill’s Angels by Ruby Jackson
The first in a series of novels about the experiences of four young women in the Second World War. This one concentrates on grocer’s daughter Daisy and her dream of being a pilot. Look forward to reading the other titles and finding out what happened to Daisy’s twin Rose and their friends Grace and Sally. A page-turner.

The Virgin Suicides by Jeffrey Eugenides
The second-last of my Christian Aid books from last year's sale. Brilliant – took ages to read because it takes concentration. The story of the five fascinating Lisbon sisters – as you can tell from the title none of them reach the last page alive but the journey there is evocative, dramatic and surprisingly funny. Very interesting from a writerly perspective: the way it is told is unusual, maybe unique, in that it is first person plural, from the viewpoint of a group of unnamed teenage boys recollecting the sisters twenty years after the last death.
I haven’t seen the film Sofia Coppola made of it but am keen to do so now.
Also loved his The Marriage Plot which I read last year.

The Setons by O. Douglas
Yes, I know I’ve read it forty-four times before, but I’d had a bad day, I’d just finished The Virgin Suicides and I didn’t want to start something new late at night. I thought I’d read just a few pages of O. Douglas’ pre-First World War novel – based very much on her own family (her brother was John Buchan) but ended up reading it the next few nights too.

Longbourn by Jo Baker
Book group read. Below stairs in the Bennett family household. Terrific homage to Pride & Prejudice – it could stand alone but knowing what was happening ‘upstairs’ gave an extra layer of enjoyment. Great characters with their own stories, and very vivid writing. Loved it.
I’ve really enjoyed the dramatisation of P&P on Radio 4 the last three Sunday afternoons and have come to the conclusion – notwithstanding Colin Firth, in a wet shirt (see picture below) – that I prefer to read or listen to all things Austen rather than see someone else’s visual interpretation. 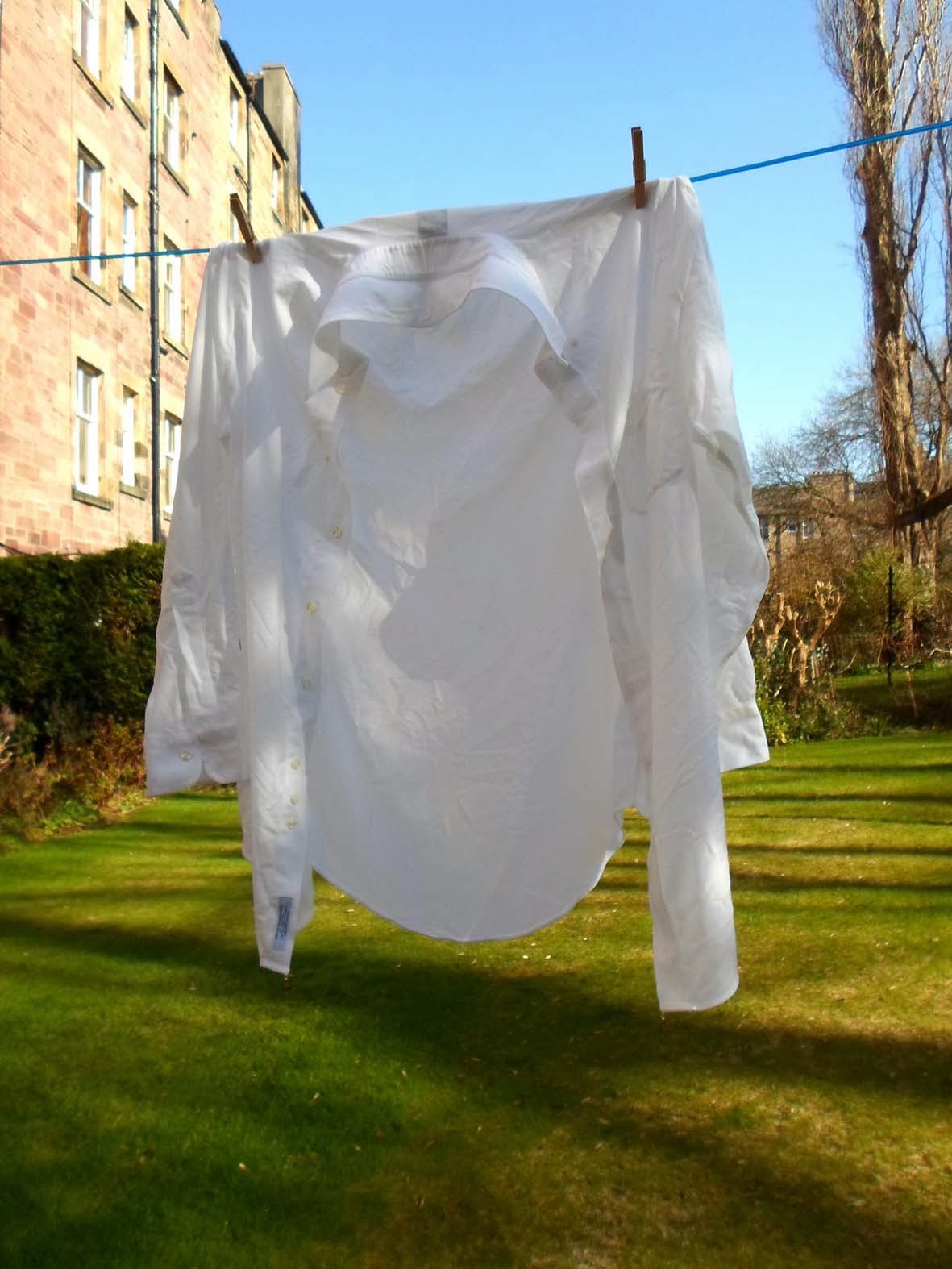