I have written lots of poetry in the past – even given a few public readings – but the Muse went off in the huff a year or so ago.

‘Write your short stories then,’ she snapped over her shoulder as she disappeared into the blue remembered hills, ‘but don’t expect me to jump up when you’re in the mood for a poem. I’m off!’ 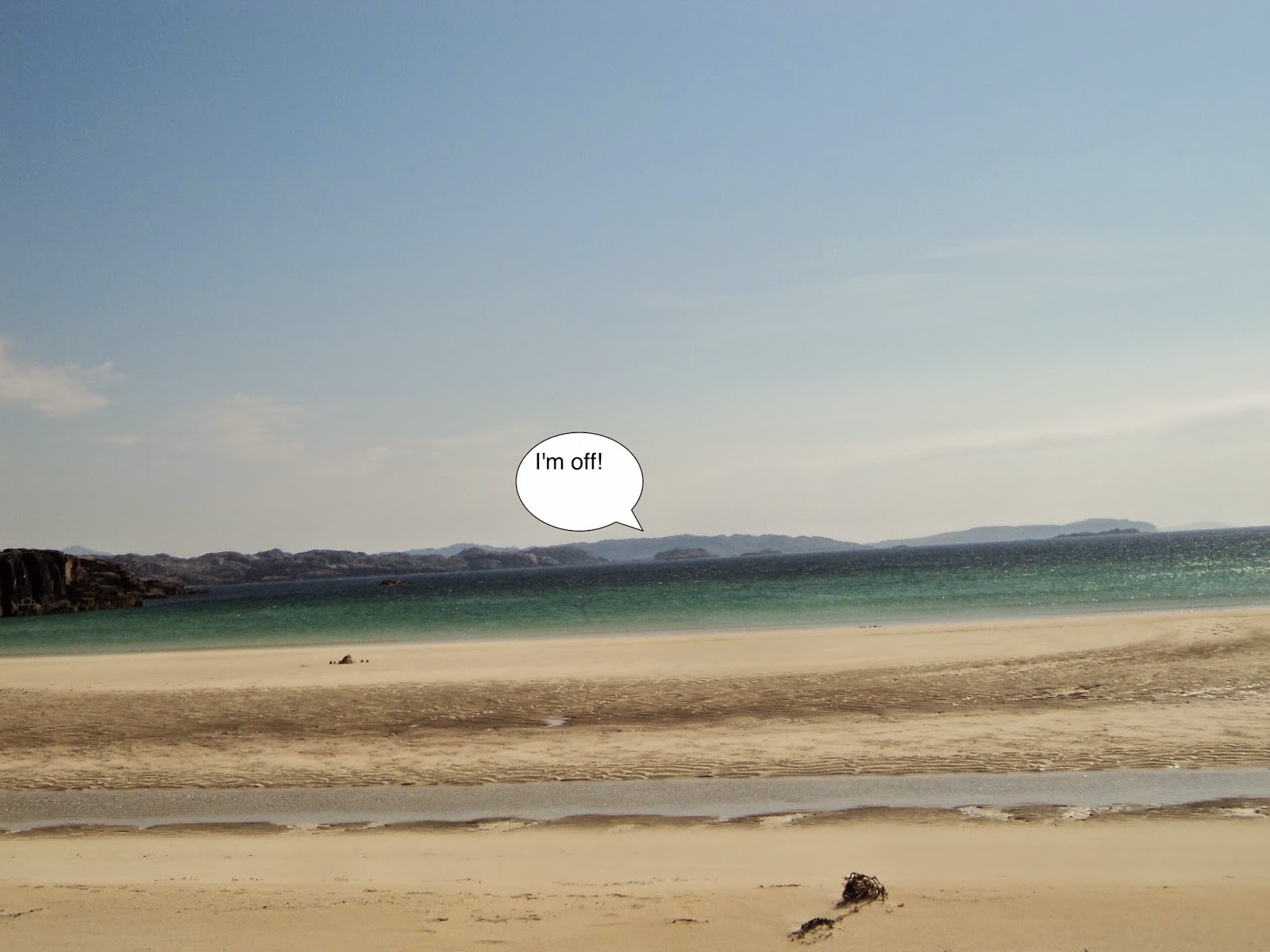 I’ve tried calling to her to no avail. I can only hope she’ll slink back sometime when I’m not looking.

But she can’t stop me reading poems by other people or listening to Poetry Please.

Not highly original choices I know, but my five favourite poems are (probably):

Fern Hill by Dylan Thomas
Stopping by the Woods on a Snowy Evening by Robert Frost
Sea Fever by John Masefield
The Lamplighter by Robert Louis Stevenson
The Lake Isle of Innisfree by W. B. Yeats

‘Now as I was young and easy under the apple boughs’ is the first line of (possibly) my very favourite poem, Fern Hill, Dylan Thomas’ look at his lost youth. Every one of the subsequent lines is just as rich and gorgeous and unexpected as the first one, check them out here. He was the subject of one of the Edinburgh Book Festival’s reading events this year, chaired by Lilias Fraser from the Scottish Poetry Library. A group of about twenty DT fans, ably guided by Lilias, made very insightful comments which added to my appreciation of Fern Hill and introduced me to three of DT’s other poems. There's a reading of the poem on YouTube by Richard Burton and, perhaps surprisingly, one by Prince Charles.

Another Book Festival event featured Billy Collins, one-time American poet laureate. I saw him at the BF eight years ago and have never forgotten his reading. He has been called ‘the most popular poet in America’, and is famous for his conversational, witty poems. They work well on the page but hearing him read adds another brilliant dimension. Check out his quietly hilarious poem on mother love called The Lanyard on YouTube here.

I’ve also been reading poems with a different slant on mother love by my American friend Kathy Roberson, who has just published Moments of Departure. To paraphrase from the blurb:

‘Twenty-one years ago, Kathy and her husband, adopted a child with special needs who was, in adoption lingo, “hard to place”. One-year-old Katie came with labels: African American, general development delays, mild cerebral palsy. And thus begins the Robersons’ journey into new territory, both for them as parents and their other two young children as siblings.

Kathy’s collection of poems relates her family’s challenging adventure, beginning with the day they buckled Katie into her car seat for the first time, moving through the following two decades of bringing her into adulthood. Each poem mines the seemingly little things in life to unearth fundamental truths that will resonate for anyone who has encountered the frustrations and joys of caring for a loved one.’

Kathy is a wonderful poet and her poems can be enjoyed by anyone but if you know of a family who you think would particularly appreciate the book do let them know about it (or buy them a copy – it's available in paperback and on Kindle, on .co.uk and .com). Here's a flavour:

Even quite young she’d spot
them a mile away, along
long aisles of shoes of all
sizes an styles, men’s, women’s,
teens’ children’s, formal,
casual, blue canvas that were not
the same. She could tell at a glance
as she sped by, crying out
“NO!” when I tried to suggest
they’d do just fine. ….

I read six novels in August and some poetry which I will blog about separately.

The Girl You Left Behind by Jojo Moyes. Read on Kindle. Two timelines – one contemporary, the other in World War 2 and Occupied France. In the present day Liv, owner of a painting of a beautiful woman, a gift from her recently late young husband, has to go to court to defend her ownership, as descendants of the artist are claiming it was looted. In the harrowing other timeline, Sophie runs a hotel visited by the occupying Germans. Her beloved husband, artist Edouard, is fighting at the front. The portrait he painted of her hangs in the hotel and is much admired by the German Commandant …

The One Plus One by Jojo Moyes. Read on Kindle. This one is contemporary (I love that all her books are so different) and, oh joy, it’s a road-trip book. Not an American road-trip … but a car journey from the south of England to Aberdeen where single mother Jess’s daughter Tanzie is to take part in a Maths Olympiad, the first prize for which is a desperately needed £5,000. In the car is also Nick, Jess’s troubled teenage stepson, and a very large flatulent dog called Norman. The car is driven by Ed, erstwhile employer of cleaner Jess, who has his own reasons for wanting to leave home for a while. Jojo Moyes is so perceptive about family dynamics and Jess is a wonderful character – I am interested to find out who will play her in the forthcoming film.

Cross Country with Grandma by Karen Testa
Christian Aid Booksale purchase. This is an American road-trip book –I will probably never take one but can live vicariously. The first chapter pulled me in straightaway:  it’s headed Herring Bay, Maryland and begins ‘The envelope I hold in my hand will break my heart.’ Then events take the narrator and her eighty-five-year-old grandmother, feisty Maude, on a literal journey across America and a metaphorical journey into Maude’s past. My copy was signed by the author in 1995 – I wonder how far it travelled before ending up in a second-hand booksale in Edinburgh?. Copies are available on Amazon: 16 used from 0.1p – and one new from £2499.50 ... 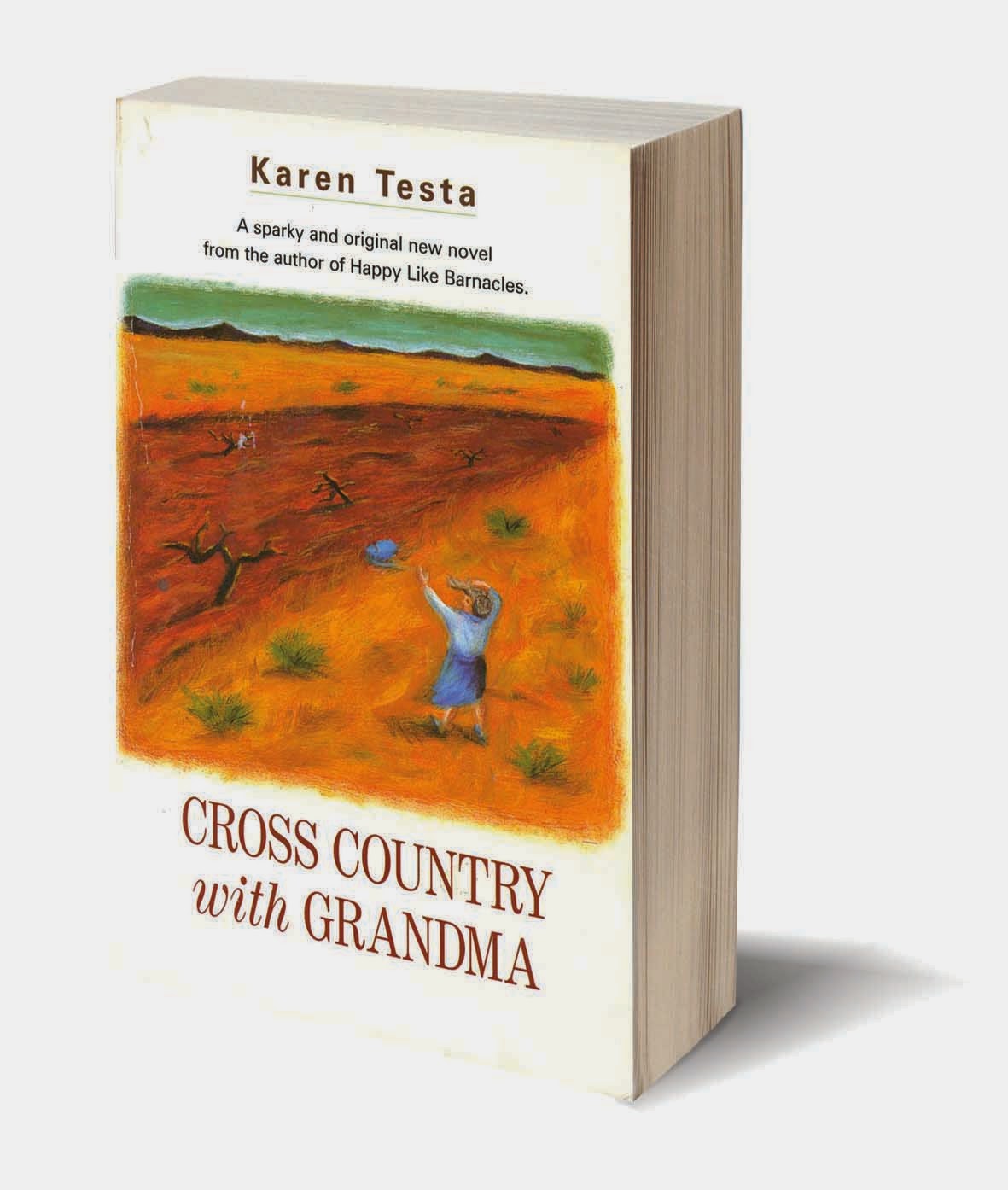 A Night on the Orient Express by Veronica Henry
Christian Aid Booksale purchase. A zip-through read about various couples/groups who are travelling on the Orient Express for different reasons. I particularly liked the young couple, who’d never met before but who had ‘won’ each other in a lonely hearts competition, and the step-family on a bonding holiday.

The Long Weekend by Veronica Henry
Christian Aid Booksale purchase. Format as above, this tells the stories of the guests in a beautiful Cornish seaside hotel and one of the co-owners. Secrets, lies and scandals are exposed over one hot weekend. The author is also a script-writer so she handles the various storylines effortlessly.

The Hour Before Dawn by Sara MacDonald
Christian Aid Booksale purchase. Described as ‘A rich, multi-generational saga, set in Singapore and New Zealand. The mysterious disappearance of a young child sets in motion a series of events that will haunt future generations of the family.’ Good plot and some lovely descriptions especially of rural New Zealand.