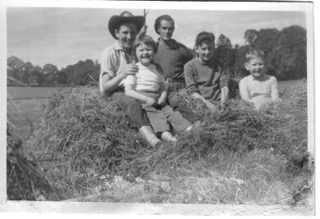 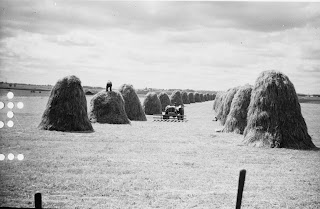 I wrote a post a couple of years ago called Recycling Words 2 in which I said I’d written a poem called Cousin Hugh which I turned into a short story (called Jack’s Lad, unpublished) but then thought I’d like to find out more about the characters and build something longer around them. Well, I did, and the result is my third People’s Friend serial A Time to Reap; it’s in eight instalments and begins in the issue dated 9 July 2016. 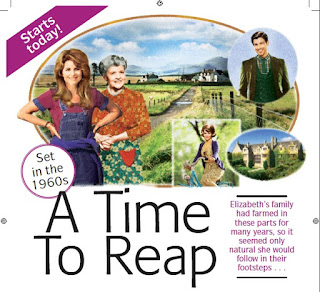 Aren't the illustrations great?
I don’t think I’ve enjoyed writing anything quite so much as this. It’s set in a Highland farming community in 1963. So, yippeee, one modern writerly problem was dispensed with right away – no need to worry about 21st-century methods of communication (about which I blogged here). And as I was brought up in such a community at that time there would be no requirement to do any research.

The main characters, including my heroine, farm manager Elizabeth Duncan, are of course grown-ups; I was nine in 1963 so I had to think from a different perspective. And just because you lived on a farm as a child doesn’t mean you know anything about how to be a farmer – especially if you were a child who spent most of her time indoors with her nose in a book.

Among the many questions I asked Google/long-suffering husband/farming relatives/fashion-expert friend/lawyer husband of (different) friend and a manual bought in a junk shop called The Farm as a Business: A Handbook of Standards and Statistics for use in Farm Management Advisory Work, published for the Ministry of Agriculture, Fisheries and Food in 1957, were:

How bad was that snowy winter 1962/63?
How would you look after your sheep in those conditions?
What would you be planting/harvesting in the different seasons?
Good reasons for expanding a dairy herd?
How do you persuade an angry bull into a pen?
What style/colour of dress would suit tall, fair-haired Elizabeth to wear to the gillies’ ball?
How much did it cost to send a letter in 1963?
Did you have to get a provisional driving licence?
Adoption law in Scotland at the time?
Symptoms of mastoiditis?

The short story version of this was from the point of view of a teenager who was helping to build a haystack. I realised I had no idea how to do that, although I had sense enough to think that there must be more to it than just piling up hay.

I asked a cousin, who farmed in those days, for advice, and he wrote me a lovely piece on the intricate art of haystack building. However, in the serial I didn’t have the young lad’s viewpoint so there was no way to sneak in a lesson on this dying art.

So with cousin Dave’s kind permission I shall be reproducing his instructions in a future post, the first of two guest posts to do with mid-20th-century farming.

Posted by Kate Blackadder at 01:18 No comments:

I only read four books in June. 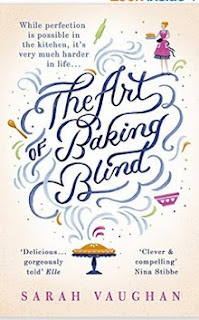 The Art of Baking Blind by Sarah Vaughan
Christian Aid Book Sale 2016 purchase. A pretty cover, and a baking competition as a setting – what’s not to like, I thought, when I picked this up. But, disappointingly, I found the characters to be more like pancakes than beautifully risen Victoria sponges and – a complaint I also had about a book I read last month – there were five or six different viewpoints but none predominated. 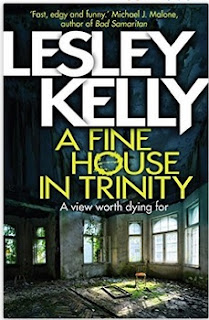 A Fine House in Trinity by Lesley Kelly
Read on Kindle. Gritty debut novel by Edinburgh poet and short-story-writer Lesley Kelly. Her protagonist is Joe Staines (‘Stainsie’) and his story is told in the first person – perhaps a rather bold writerly move but one that pays off in spades. Stainsie ducks and dives around Leith, avoiding the law and the bad guys (and the parish priest) and it all makes for a tense thriller – albeit one with a rather abrupt ending. I hope there will be a follow-up. 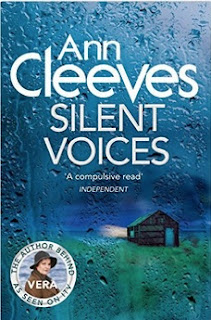 Silent Voices by Ann Cleeves
Christian Aid Book Sale 2016 purchase. A Vera Stanhope novel. Vera is a terrific character and Ann Cleeves' plots always keep you guessing and are ultimately satisfying. In this one, Vera herself finds the dead body of a woman in the steam room of a hotel’s health complex that she has, on her doctor’s advice, reluctantly joined. 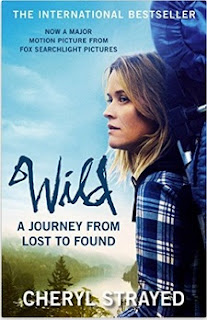 Wild by Cheryl Strayed
Christian Aid Book Sale 2016 purchase. One of the best books I’ve read for ages. In 1995 Cheryl Strayed (she chose a new surname for herself after her divorce) was a very unhappy twenty-six-year-old. Her beloved mother had died a very painful death and her family – stepfather and siblings – had scattered; her marriage to a good man was failing due to her own infidelity and drug-taking. So she decided – as you do – to walk part of the Pacific Crest Trail, eleven hundred miles of the west coast of America, across deserts and up snowy mountains, and to do it alone.

Cheryl Strayed’s writing is stunning and the reader is right there with her as – a complete novice at long-distant hiking – she sets off with ‘the Monster’, a backpack she can hardly lift, wearing boots that ultimately cause most of her toenails to fall off. Aren’t books amazing? – I suffered along with her while at the same time being not too hot, not too cold, not carrying anything and having ten intact toenails; and rejoiced with her when, for example, after a couple of hungry days, she reached a campsite with food and friendly company. And I was there too as she recalled her early life in the backwoods of Minnesota and, later, her colourful life in Portland, Oregon.

Wild was recently made into a movie produced by and starring Reese Witherspoon. I missed seeing it at the cinema where it would have been best viewed – those wonderful landscapes, high above the treetops – but I’m in two minds as to whether or not I’ll get it when it’s out on DVD. The best films can be the ones spooling through your own head as you read.
Posted by Kate Blackadder at 06:34 2 comments: