I read five books in March. It was a funny old month for me – I had two medical procedures, one on each hand, and I was selected for jury duty. So most of the time I wanted to read books that were a happy distraction from these unpleasant things. (Hands all better and mole-free now, thank you for asking.) 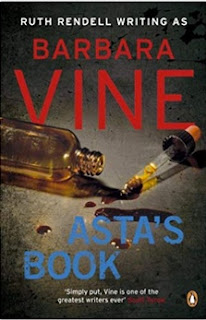 Asta’s Book by Barbara Vine (aka Ruth Rendell)
I’ve read this before but not for many years. I remembered what a good puzzle it was, this mystery within a mystery, even though I couldn’t recall the solution.

‘It is 1905. Asta and her husband Rasmus have come to East London from Denmark with their two little boys. With Rasmus constantly away on business, Asta keeps loneliness and isolation at bay by writing a diary. These diaries, published over seventy years later, reveal themselves to be more than a mere journal. For they seem to hold the key to an unsolved murder and to the mystery of a missing child. It falls to Asta's granddaughter Ann to unearth the buried secrets of nearly a century before.’

And, as always with Ruth Rendell books, London is as much a character as the people. 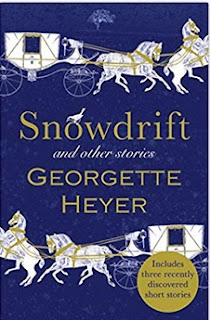 Snowdrift and other stories by Georgette Heyer
A friend lent me this collection and I was entranced by it. One of my favourites concerned two young lads who believe themselves in love with the same girl and almost come to fighting a duel over her. When at the last moment they discover that she is engaged to someone else, each of them is considerably relieved and off they go on a fishing trip, the best of friends again. In other stories the endings are more romantic – but all her main characters are unsentimental and a breath of fresh air.

My mum used to love Georgette Heyer. I don’t know where all her copies went but I only seem to have two of them so I read those (and must look for others in the forthcoming Christian Aid booksale). 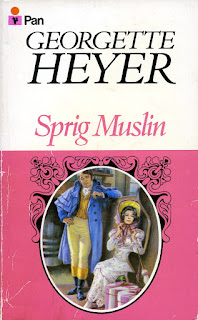 Sprig Muslin by Georgette Heyer
Amanda is a sixteen-year-old, very detemined runaway who is rescued by Sir Gareth Ludlow because she will be ‘ruined’ if she is found to be stravaiging about the countryside on her own. But Sir G cannot return Amanda to her family because Amanda flatly refuses to tell him who they are … and he has his other problem, namely his proposal to Hester (a spinster of 30 – gasp), which he fully expected to have had accepted, has been turned down. Adventures and misunderstandings abound. Delightful. And so well written – I reckon GH is almost up there with Jane Austen. 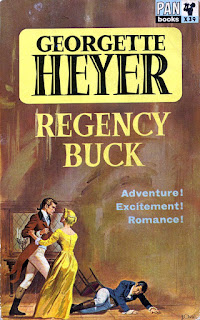 Regency Buck by Georgette Heyer
Adventure! Excitement! Romance! It does what it says on the tin. And what more could anyone want?? 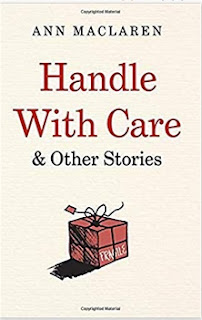 Handle with Care & other stories by Anne MacLaren
A great collection of stories of which my favourites were Nice Work which highlighted two careers (possibly … ) you may not have thought of; and Trout in which Adam, trying to distract himself while he lies unhappily in a flotation tank, comes up with an ingenious musical idea. Entertaining and thoughtful – recommended.
Posted by Kate Blackadder at 14:02 No comments: