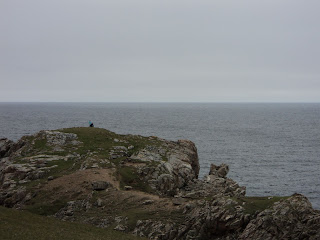 For the first thirteen years of my life I lived in the Scottish Highlands including two places in Sutherland, one in the north-west and the other in the east.

It’s a beautiful county full stop but it’s the lovely, lonely landscape of the north-west that haunts me, the one I like to visit when on holiday from Edinburgh and that has been the background for several of my short stories and poems and a contemporary People’s Friend serial.

We lived thirty-one miles north-west of Lairg and would drive home from a trip to Tain or Inverness hardly encountering another car. When we did, we looked at the number plate and out would come the AA Guide where in those days there was a list of prefixes and you could tell where that car had come from. For example, our own car, a two-tone Hillman Minx, had the prefix SST and that signified Sutherland. 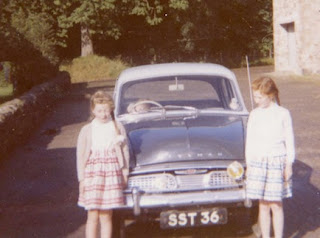 All part of in-car entertainment in the 1960s, folks …

The sight of mountains and moors and moonscape rocks and Highland cows and sheep staring from the roadside and seas and cliffs and hidden silver and gold beaches and far-off horizons still tugs at my heart in sunshine and in rain. 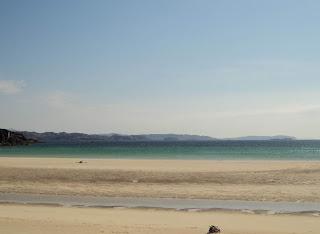 But there would be no time to consult the AA Guide if it still had that list because the landscape is now full of cars. Lonely no more!

The marketing of the ‘North Coast 500 Route’ has been an astounding tourism success. I’m sure the vast majority of visitors appreciate the scenery (although not the driver of a open-top, cream-coloured sports car speeding up the Bealach na Bà last September – if you know its steep hairpin bends you’ll appreciate his idiocy), and the business it has given to providers of accommodation and visitor attractions is terrific, so my hankering for the empty roads is entirely selfish. 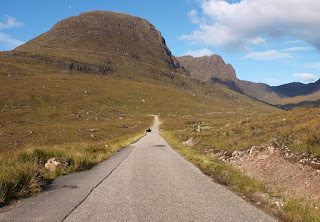 For the aforementioned People’s Friend serial, The Family at Farrshore I altered the geography to suit my purpose and I made up place names (in case there were real people in the area with my characters’ names) – but in my head ‘Farrshore’ is on a hill just south of Scourie. When Cathryn stopped her car in the rain to pick up a stranger, that was on the A894, and when Tyler and Rosie got lost I was picturing them on the beach at Durness.

Cathryn? Tyler and Rosie? The Family at Farrshore is available on Kindle, and in large-print from libraries, if you want to find out more about them – and at the same time have yourself a fictional tour on part of Route 500.

And if you would like to hear how I came to write the serial I’m a guest writer this week at Anne Stormont’s Virtual Book Festival (be sure to check out Anne's own books while you're there, highly recommended). 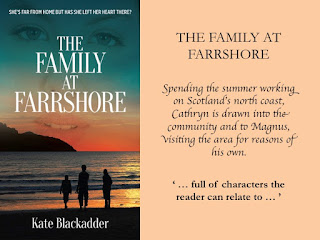 
I read eight books in June. 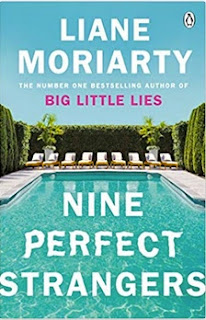 Nine Perfect Strangers by Liane Moriarty
I’ve had a binge over the last couple of years on Moriarty’s titles, loving especially The Last Anniversary and Big Little Lies. So, despite the number of disappointed reviewers, I was eager to read her new one in which nine people spend ten days at an extraordinary health resort.
I enjoyed it, mostly. It’s partly a psychological thriller (well, sort of; there are various twisty bits). There was a chunk of the book when I felt I was the po-faced designated driver at a very jolly party, not a happy place to be, and I didn’t care for the way the ends were wrapped up. But I’ll hold faith and look forward to the next one. 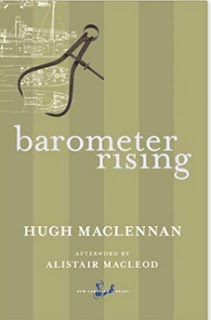 Barometer Rising by Hugh MacLennan
Christian Aid booksale 2018. Set in Halifax, Nova Scotia in 1917, and published in 1941. Neil, a young man accused of disobeying orders in the trenches of France and now presumed dead, has made his way home to Canada to clear his name. Having been told of his death, Penny, his cousin and former lover grieves for him. Penny is an interesting character – a very talented designer of ships, she encounters daily the sexism given to professional women. And she has a secret …

Her family is pretty unpleasant apart from her young brother but everything changes the morning of 6 December when there’s a collision of ships, one carrying high explosives, just outside the harbour (a true event experienced by the author as a child: over 2000 people died and Halifax was virtually destroyed). Extremely readable; considered a Canadian classic. 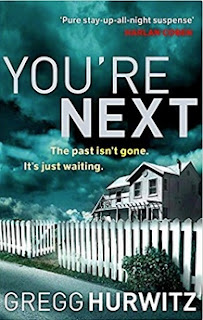 You’re Next by Gregg
From a second-hand shelf in a café. I was attracted by the blurb:
'I know you, don't I?' Five words – that's all it takes to plunge Mike Wingate and his family into mortal danger. Mike doesn't recognise the crippled stranger who approaches him at a party . . . but the stranger seems to know all about him.'
The reason why Mike, abandoned by his father in a play park and brought up in a foster home, is being hounded is satisfying and original. But there is, to my mind, a big flaw – I didn’t notice at the time and I kept turning the pages but now it occurs to me – in that: the baddies have killed others before for the same reason, in gruesome fashion but always without leaving any trace or clue. With Mike, as it says in the blurb, they turn up to confront him in public which makes no sense. 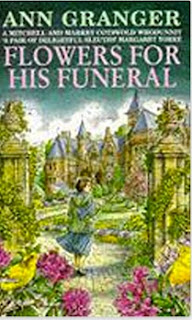 Flowers for his Funeral by Ann Granger
‘Accompanied by Meredith Mitchell, Chief Inspector Alan Markby is enjoying the Chelsea Flower Show, until he runs into his ex-wife and her current husband, and when the husband is murdered with a poisoned thorn, Markby and Mitchell set out to find the killer.’
Cosyish crime; first I’ve read in the Markby and Mitchell series; would read more. But why so many first and second names beginning with M – Meredith, Molly, Miriam, Mavis, Martin, Mitchell and Markby and one house name, Malefis? 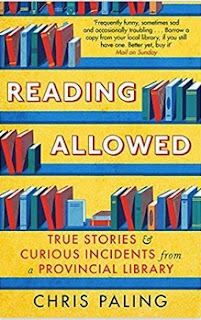 Reading Allowed: True Stories and Curious Incidents from a Provincial Library by Chris Paling
Chris Paling is a novelist, playwright and BBC radio producer – and a library assistant. Did he take on that last job with a view to writing the book or did that come afterwards? My inner jury is out on that one. It’s entertaining enough but not in the same league as Shaun Bythell’s Confessions of a Bookseller. I hoped for more booky discussions but the anecdotes are mostly of the assorted folk who use the library to sleep in, take drugs in, stalk pretty librarians in etc, and of course it’s about the downplaying of the role of the professional librarian and all the redundancies/library closures.
Some reviewers have said they found it uplifting; I did not. 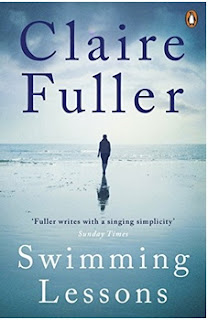 Swimming Lessons by Claire Fuller
‘Gil’s wife, Ingid, has been missing, presumed drowned, for twelve years. A possible sighting brings their children, Nan and Flora, home.’
I loved wild-child Flora, from the moment she ill-advisedly borrowed a car to drive to the family’s island home, and I liked the writing very much. I wasn’t convinced though by the way of telling the story. Before she disappeared the girls’ mother, Ingrid (very much younger than her womanising husband; she’d been a student of his) wrote accounts of her life in the form of letters and hid them in her husband’s books. No one in the household discovers them but the reader is privy to their contents. There was something unsatisfying about that. 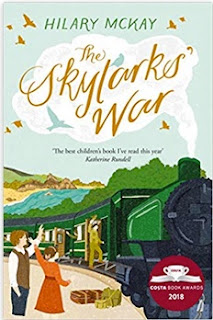 The Skylarks War by Hilary Mackay
I am a very big fan of children’s writer Hilary Mackay. This book won the Costa Children’s Book Award 2018 but it can be read and appreciated by anyone over the age of about ten. It follows ‘the loves and losses of a family growing up against the harsh backdrop of World War One’ and includes scenes on the Western Front –beautifully done.
Heart-breaking inevitably, but so warm and funny too. 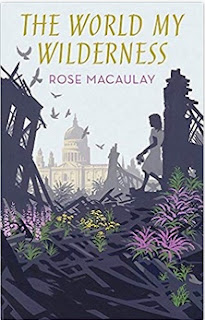 The World my Wilderness by Rose MacAuley

Read for book group. Set in 1946 and published just three years later; this is a Virago Classic edition. The ‘wilderness’ is the ruined landscape of London after the Second World War – and running wild in the bombsites is Barbary, brought up by her unconventional mother in Occupied France, and now under the care of her stuffy father and stepmother. The characters are all interesting and come to life but the book is really a love letter to London as it was before the Blitz; what Rose MacAuley has done is to bear witness to the destruction. I loved the lists of buildings and businesses that would never rise from the ashes.