I read six books in January. 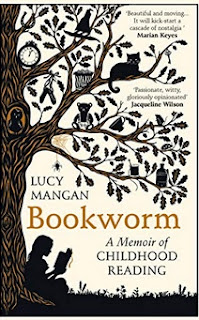 Bookworm: A Memoir of Childhood Reading by Lucy Mangan

I’m a fan of Lucy Mangan’s journalism (especially in the excellent free magazine Stylist) but it’s nerve-wracking to read about the favourite childhood books of someone you like in case their likes disagree violently with all your own cherished choices. What you want is agreement over some books, a difference of opinion over a few, and the introduction to some that, inexplicably, you’ve never come across. And with Lucy I found exactly that.

She is almost twenty years younger than me but she too read as a child every waking hour she could (only asking that her family turn her over on the sofa occasionally to avoid bedsores … ) so we are definitely kindred spirits. I was upset when she didn’t like Anne of Green Gables – but then she concluded she’d read it too young; on a re-reading she loved it. We differed rather over Little Women – unlike me she remained dry-eyed reading of Beth’s death. (Lucy! How could you? Pass the hankies.)

Like me, she loved Enid Blyton, the William books, The Borrowers and Tom’s Midnight Garden. (I say loved but of course it’s not a past-tense feeling but a forever one.) Some favourites of hers, the Narnia series and anything by Judy Blume, I have never embarked on and don’t feel inclined to start now.

I was chagrined to find that I hadn’t heard of three books very dear to her heart: The Phantom Tollbooth by Norton Juster, a mega-seller published in the 1960s, now deemed ‘an essential modern classic’; Private – Keep Out! by Gwen Grant, the diary of a north of England female Just William, set just after WW2 (in Bookworm Lucy says it has long been out of print; however it has since been reissued, perhaps thanks to her championing); and Life with Lisa by Sybil Burr (of which more below).

Thinking about it, my experience of books for children was different from Lucy’s: as I lived very rurally I wasn’t near a library so much of my reading of them came later, especially when I had my own children as I chronicled here. 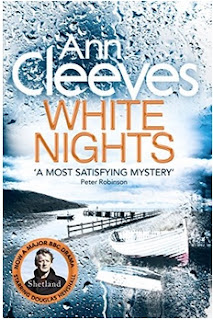 White Nights by Ann Cleeves
Set around midsummer in Shetland when it scarcely gets dark, a time known locally as the ‘simmer dim’ – white nights.
When Shetland detective Jimmy Perez finds a body in a hut used by fishermen it seems to be a straightforward case of suicide. He recognizes the victim – a stranger with amnesia who had disrupted a local party the night before his death. Further deaths point to the crimes having their roots in the past. Excellent. 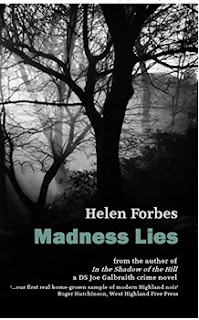 Madness Lies by Helen Forbes
Since White Nights had put me in the mood for a crime spree, I retrieved Madness Lies from the to-be-read pile at the side of my bed, where I’d put it some months ago after buying it at the author’s Edinburgh launch. Set mostly in Inverness, the book features policeman Joe Galbraith. The twist in the first JG book, In the Shadow of the Hill, needed all my little gray cells to get to grips with – but although there wasn’t that shock here I enjoyed it even more.

The plot is terrific, beginning with the murder of an Inverness councillor in broad daylight in the middle of town, and featuring a heart-stopping showdown at a Highland beauty spot. Gives ‘Shetland’ a run for its money I would say. 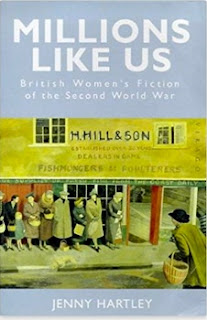 Millions Like Us: British Women’s Fiction of the Second World War
edited by Jenny Hartley
Does what it says on the tin – discussing a range of authors including Elizabeth Bowen, Olivia Manning, Rosamond Lehmann, Rose Macaulay and Stevie Smith. 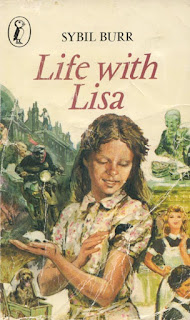 Life with Lisa by Sybil Burr
See above – after reading about Lisa in Lucy Mangan’s book I was keen to get hold of this, another (fictional) diary of a working-class, mildly rebellious schoolgirl, set in the 1950s. One of her heroes is ‘Peeps’ and he’s one of mine too. I was lucky enough to find a (tatty Puffin) edition online for £3.99 (all that appears there now are hardback editions starting from £32). And I wasn’t disappointed. Maybe the Mangan magic will see this one reissued too. 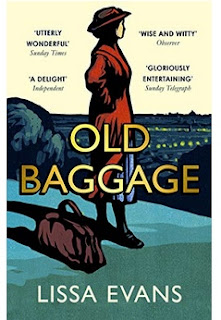 Old Baggage by Lissa Evans
Read for book group, on Kindle. It’s 1928. Mattie Simpkin was a militant suffragette and now that that battle has (mostly) been won all the energy and passion she poured into that campaign has to find another outlet. She decides to start a Saturday club for working girls (ie girls in domestic service/shop workers) on Hampstead Heath – with mixed, sad and funny results in which her own family background plays an unexpected part. I loved Lissa Evans’ writing. This is the first book of hers I’ve read – but a film I enjoyed, Their Finest, was based on one she wrote, originally published as Their Finest Hour and a Half.
Posted by Kate Blackadder at 13:10 No comments: