I read nine books in November. 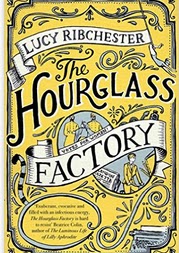 The Hourglass Factory by Lucy Ribchester
Read on Kindle, for book group. This is a debut novel, set in London at the height of suffragette movement. The main character, Frankie, is a tomboy reporter who lives hand to mouth, always with an eye for a big story. The plot has many twists and turns, possibly too many, but the period feel is excellent – shades of Sarah Waters, and Frankie is a great character; I hope there will be more books about her. Most of the book group had been to see the film Suffragettes, so there was a good discussion about the subject; both the book and the film got a thumbs-up. 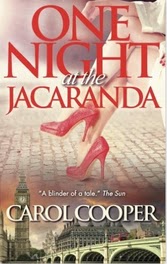 One Night at the Jacaranda by Carol Cooper.
Read on Kindle. Sounds as if it’s set somewhere hot and steamy but no – although steaminess in other forms does come in to the story. The Jacaranda is the venue for a speed-dating event in London and the book then follows each of the participants as they meet up afterwards. This meant that there were a lot of characters – I found it hard to care very much about any of them.

Flight to Coorah Creek by Janet Gover
An intriguing strapline – What happens when you can fly, but you just can’t hide?

Jessica Pearson starts a new job flying an air ambulance in and out of Coorah Creek in the Australian outback – a position that suits her as she’s running away from a very difficult situation. The resident doctor Adam Gilmore has his own secrets. Throw another runaway, Ellen, and her children, into the town on the edge of nowhere; eventually all the secrets emerge. 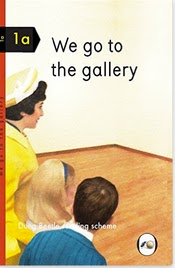 We go to the gallery
This was the first book to subvert the Ladybird brand;  the Ladybird publishers were not pleased but then took up the idea themselves – a hoot.

I blogged here about books I liked in which patchwork is a theme. I’ve just discovered Sandra Dallas so a lot more ‘patchwork books’ are going to be added to that list. Also, most of her books are set during the American Depression, an era I find fascinating to read about. 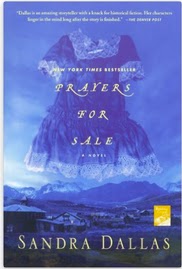 Prayers for Sale by Sandra Dallas
Set in the mountains of Colorado. Hennie is eighty-seven and can – just – remember the Civil War, but her age doesn’t prevent her living very independently in an inhospitable terrain, helping her neighbours, and always having a bit of patchwork on the go. There’s also an old score to think about – how is she going to settle it? 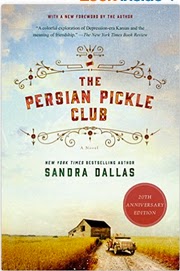 ‘It is Harveyville, Kansas in the 1930s, where the crops are shrivelling and there are no jobs. For Queenie Bean, the highlight of each week is the gathering of the Persian Pickle Club, a group of ladies dedicated to improving their minds. Then along comes Rita, newly wed and decidedly glamorous.’

‘Persian pickle’ is another name for Paisley pattern – isn't that great? As the group of ladies gossip, or are read aloud to, they make quilts. A story of hardship and friendship – with a murder mystery thrown in.

New Mercies by Sandra Dallas
This one does not actually feature patchwork despite the cover. Set in the Deep South decades after the Civil War – but the legacy of slavery lives on:

Nora Bondurant is running away—from her husband’s death, from his secrets, … When she receives a telegram informing her that she has an inheritance, Nora suddenly has somewhere to run to: a house named Avoca in Natchez, Mississippi. … she’s inherited a mystery. Nora’s aunt, Amalia Bondurant, was killed in a murder/suicide, and the locals are saying nothing … ’ 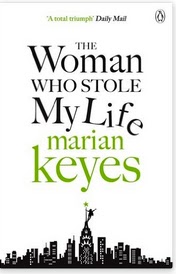 The Woman Who Stole My Life by Marian Keyes
Wonderful Marian never lets you down and this is her in grand form with a story set in Ireland and in the hilariously awful cut-throat world of American publishing. Terrific – but my favourite MK’s will always be a couple of her early ones: Lucy Sullivan is Getting Married, and Rachel’s Holiday. 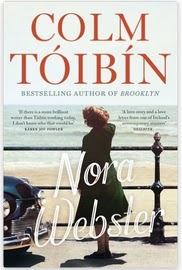 Nora Webster by Colm Toibin
I loved his Brooklyn (and the recent film was brilliantly faithful to it) so was keen to read this one. Nora, widowed relatively young, with a family of four to look after, is trying to adjust to life without her husband. In small-town Ireland, in the 1960s, this is particularly difficult as everyone has an opinion on how Nora should behave. She isn’t as lovable a character as Eilis in Brooklyn but she leaps off the page in the same way.
Posted by Kate Blackadder at 12:02 2 comments:

Sounds blissful, doesn’t it? Although in the building thus called in the Forbidden City in Beijing it didn’t mean rooms of books and all the time in the world to read them, with pit-stops to eat toast and cheese and apples, which would be my idea of complete happiness.

For the thousands of people who lived in it, especially the Royal Family, the City was a golden cage. There would have been riches beyond the dreams of avarice there but the place would have been stiff with protocols and quarrelling eunuchs and women hobbling on bound feet and cruel punishments for small transgressions. And a cage is a cage whatever colour it is. Extremely fascinating to read about though.

Ever since I visited China in 2011 I’ve wanted to set stories there. A few months ago I was looking at a map of the Forbidden City and thought The Palace of Complete Happiness would make a great title. 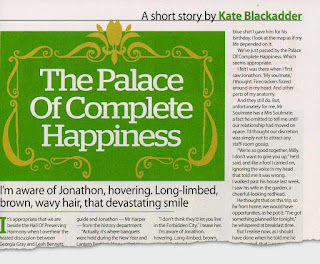 This is in Woman’s Weekly Fiction Special dated January 2016.

It's contemporary – a teacher is escorting a party of teenagers around the City and finds an uncomfortable parallel between part of its history and her own life.

Oh, and if you're looking for some Christmassy stories (and why wouldn't you be?) I have one in this anthology, called Molly's Christmas Candle. 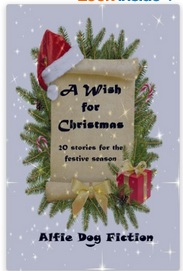 Posted by Kate Blackadder at 12:39 No comments:

My second People’s Friend serial, The Ferryboat, was published in the magazine last year.

Now The Ferryboat is available as a large-print book in libraries. It’s been published by Ulverscroft in their Linford Library Romance series. 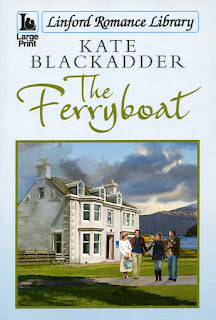 I really like the cover. I wasn’t consulted over it but they obviously gave a good brief to their designer/artist.

This is the blurb on the back:

When Shirley Blair at The People’s Friend asked me to come up with a couple of ideas for a new serial I thought a hotel would be a good setting. As a student I had two holiday jobs working in hotels so had some knowledge of behind the scenes (and some experiences completely unsuitable for sharing with People’s Friend readers … ) My mother’s father had an inn and I heard lots of stories about it. And of course I’ve stayed in various hotels.

So, thinking of all of these, I brainstormed on paper anything and everything that might be useful. The lovely West Highland setting was clear in my mind. So then all I had to do was conjure up the characters … and some plot … and write it …

My first serial, since you ask, was The Family at Farrshore and it is available in large-print too. 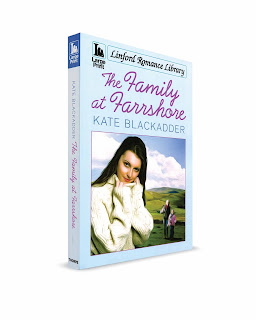 So off you go to the library – I do hope there is still one near you.
Posted by Kate Blackadder at 13:05 2 comments: