I read ten books in February. Five of them are here, five in the previous post. 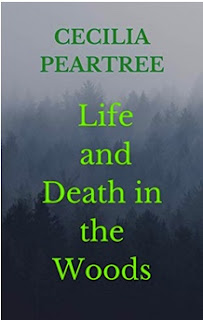 Life and Death in the Woods by Cecilia Peartree

A proposal to build a museum of trees on the outskirts of a town in central Scotland brings together a disparate assortment of people – and a dead body. Max, curator of a small university museum, gets involved against his better judgment. Janice, the owner of a local sandwich shop, finds herself becoming an eco-warrior, against her better judgment. A good cosy crime with some light-hearted fun-poking at academic institutions and the machinations of local government. 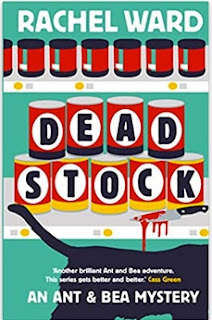 I much enjoyed the first outing for amateur sleuths Ant and Bea, The Cost of Living. Twenty-one-year-old Bea is on the checkout of a supermarket and Ant, with whom she was at school, does shelf-stacking, floor-wiping and other odd jobs. I love that the titles of the books reflect their environment so aptly.

Here, cats are going missing and a body is found on the bypass. Ant and Bea investigate but juggling that, work, and their difficult home lives takes its toll. The dialogue between them, and the other characters, crackles with life. 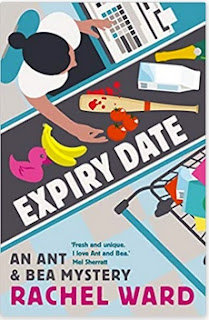 Bea is worried for the safety of one of her regular customers and the discovery of a body on a building site causes an upheaval in her own family. Meanwhile, Ant finds himself homeless. Another corker; more please. 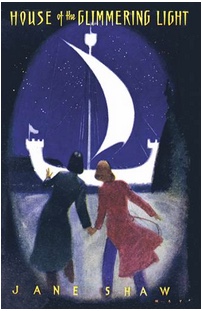 House of the Glimmering Light by Jane Shaw

First published in 1943 and reissued by Girls Gone By Publishers. Jane Shaw, best known to girls’ story aficionados for her Susan series, has two engaging heroines here, Angela and Noel. They meet when they are both staying in the House of the Glimmering Light built on a rocky promontory in the wilds of Argyllshire.

Yes, of course the plot, of two young teenagers outwitting a dastardly enemy in their midst to save Great Britain from devastation, is to be taken with a cellar-full of salt but it is gripping and told with the author’s good sense of humour and great sense of place – plus the fact that it was actually written when the outcome of the war was unknown gives it an urgency. 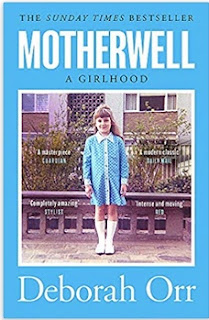 Motherwell, A Girlhood by Deborah Orr

Read on Kindle for book group. DO was brought up in Motherwell in the west of Scotland in the 60s/70s, a turbulent time of industrial unrest for that area where most of the men, including her father, were employed at the steelworks, Ravenscraig, later closed by the Thatcher government.

A clever and artistic child, Deborah was encouraged at school by her parents – but only up to a point. What they really wanted for her was to stay virgo intacta until a suitable husband presented himself, then she should live round the corner and give them grandchildren.

There’s a pun in the name of the book and the name of the town – because since she grew up and defied them by moving away (becoming a respected journalist in London and marrying and divorcing Will Self) she has pondered at length on the personalities of her parents, particularly her mother, and come to less-than-flattering conclusions about them. That they were controlling of her and had baggage of their own is undeniable but she appears to blame them totally for subsequent toxic relationships she had.

I thought her writing was terrific and the snapshot of 1970s industrial Scotland she shows the reader is an important one, rarely seen. I was totally on her side for more than half the book but then I began to think of it as a misery memoir which isn’t really my cup of tea.

Posted by Kate Blackadder at 06:59 No comments:

I read ten books in February. Five of them are here, five in the next post. 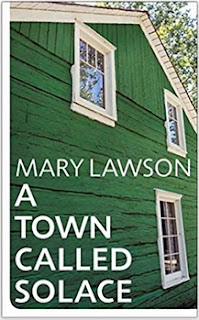 It’s seven years since ML’s last book was published, a very long but worthwhile wait and its timing turned out to be perfect for me. I picked my copy up click and collect from The Edinburgh Bookshop in the afternoon and had my first vaccine a few hours later. I didn’t feel fluey the next day but just a bit ‘wabbit’ as we say in Scotland, the perfect excuse to put my feet up with coffee and toast and marmalade to hand – and a new book to read.

ML lives in Kingston on Thames now but grew up in Northern Ontario, Canada; all her books are set there (with a foray to London in one of them, of which more later) and the landscape is as much a character as the people.

A Town Called Solace, set in 1972, is told from three perspectives. Precocious Clara, aged seven, has taken up vigil by the window in case she misses the return of her adored older sister Rose who has run away. Liam moves into the house next door (unaware that he is being observed by Clara); he has mysteriously been left it in the will of a woman he barely remembers from his childhood. The third perspective is that of Elizabeth, Liam’s benefactor, as she lies dying.

No less a person than Anne Tyler says of Mary Lawson: ‘Each of her novels is just a marvel.’ I can only agree so I had to have a reread then of two of her previous ones. 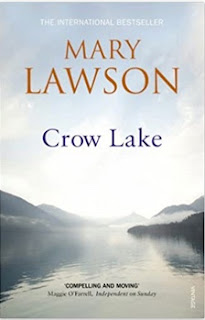 When I read this, her first novel, almost twenty years ago, I knew that it was a keeper, a book to literally hug to myself.

It is about so much more but primarily it’s a story about siblings, particularly the relationship between Kate and Matt. In the rural farming community of Crow Lake the Morrison children – Luke and Matt in their teens, Kate aged seven and toddler Bo – are orphaned. Offers of help from far-off relatives would mean splitting the family up; clever Luke and Matt sacrifice their ambitions to keep the family together. The story is narrated by Kate, twenty years on, a zoologist, now living in Toronto and feeling emotionally distant from the family who once were her whole world.

I loved the book so much I didn’t dare to read it again in case it wasn’t as good as I remembered – but having dared I found that it had only improved over time. 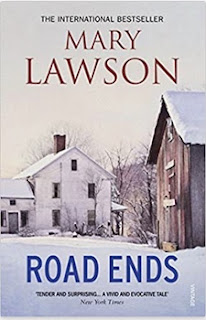 This is her third book. I will reread her second, The Other Side of the Bridge, soon but I skipped to this one because fleetingly we meet Luke and Bo again from Crow Lake.

This is mostly Megan’s story though. Her mother keeps having baby boys (six when the story opens); she loves babies but loses interest in them when the next one comes along. Megan, the only girl and an incredibly practical one, keeps the household clean and fed but she has told her mother that when the latest baby is on his feet she will be leaving.

She ends up in London (in the 1960s, a planet away from small town Ontario) where her practical skills are put to use running a hotel. But back home things are disintegrating – and there’s yet another baby boy. 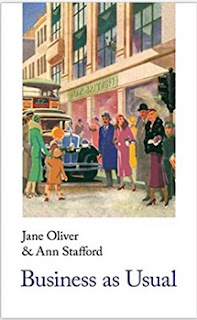 Business as Usual by Jane Oliver and Ann Stafford

First published in 1933 and reissued. Told through illustrated letters, it's a delight with all the period detail. Hilary, from Edinburgh, finds work in London in the book department of (a thinly disguised) Selfridges. She writes home to her parents and doctor fiancé.

I took against said fiancé because a) he was called Basil, a name that should be reserved for TV foxes, and b) he wasn’t at all supportive of her wanting to work for a year before their wedding; plus he refers to twenty-seven-year-old Hilary as ‘my dear child’. So I was glad that <spoiler alert> there was someone nicer waiting in the wings.

What I mainly liked though was hearing about the work of the book department, not just selling books from the shelves but sending out books on subscription – recording readers’ likes and dislikes on a complicated card index system. 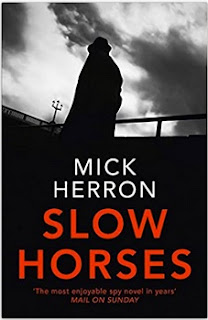 Described as ‘the best thriller of the last decade’ by The Times. The ‘slow horses’ are a crew of men and women who, for various reasons (alcoholism, fouling up a mission etc) have been banished from actively working in the Intelligence Service to pen push in Slough House in a seedy part of London. But none of them joined the service to pen push and when the opportunity comes to be ‘spooks’ again they take it.

Terrific; really great characters and great writing. This is the first in a series and I’d love to read the others.

Posted by Kate Blackadder at 06:42 No comments: