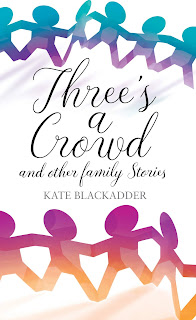 In a good cause

When I write my lockdown diary entry tonight it will be for Day 41 and I’ll be starting a new notebook.

It's a very sunny day here in Edinburgh and my walk in the afternoon took me past gardens and parks filled with pink and white blossom, with trees in all shades of green, and gloriously russet acers. I’m probably walking more than when I was ‘allowed’ to go out whenever I wanted. 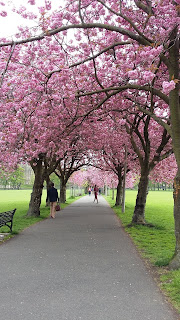 In the morning I did 6k on the exercise bike while listening to an old episode of A Good Read on iPlayer. Today’s guests were Sally Phillips and Julia Donaldson. (Number of k in half an hour very feeble compared to other members of my household, by the way.)

Before lunch I watched the National Theatre production of Twelfth Night on YouTube with the wonderful Tamsin Greig (available until 30 April).

Well, for one thing, many charities are going to lose out this year because of the cancellation of the London Marathon. To help make up that shortfall folk ran 2.6k round their gardens today, or did other sporty things involving the numbers 2 and 6, and made a donation to the charity of their choice.

I challenged myself with a writing exercise instead. I wrote a ‘story’ using words/names (selected quickly and at random) beginning with every letter of the alphabet – in their correct order.

I know, don’t tell me, it's complete nonsense, but all in a very good cause.

Arbroath! Benny felt the Call of the east coast for his holiday away from the Delightful but Exaggerated Far south. Grim though the bus journey was, with many Halts and Ill-making fumes, he Jumped off feeling happy. After hoisting his Kaleidoscope and his Llama over his shoulder he admired the Marguerites in a nearby garden. Pinching them would be a No-no; besides it would be an Ordeal to climb the gate to pick the Petals. Coming from a Quasi Rural background he Smiled at this seaside Town – even though it was Under a Veil of fog – because the Waves made Xylophone noises like the band he saw last Year with Zena.