I read nine books in July plus two ongoing as I said in my previous post. Which are still ongoing … 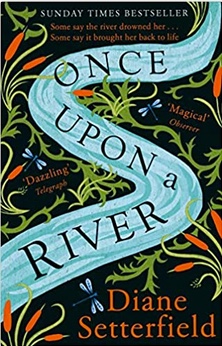 Once Upon a River by Diane Setterfield

This is a glorious and gloriously written book I believe I shall return to again.

‘On a dark midwinter’s night in an ancient inn on the Thames, the regulars are entertaining themselves by telling stories when the door bursts open and in steps an injured stranger. In his arms is the drowned corpse of a child.

Hours later, the dead girl stirs, takes a breath and returns to life.’

‘On a dark midwinter’s night …’ – who could resist such an opening? Fabulous. It pinned me to my chair until the last word. 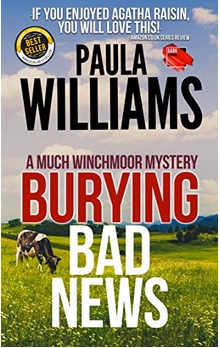 Read on Kindle. Cosy crime. Cosy to read that is; probably it’s not a cosy feeling when you find a severed head – or for that matter you have your head severed …

Kat Latcham, reporter/barmaid/dog walker, gets involved in the aftermath of an argument between two warring neighbours. Along with a touch of humour and a dollop of romance this is a satisfying read. But I’d recommend that, as with St Mary’s Mead and Midsomer, you give Much Winchmoor a miss when you’re making holiday plans. 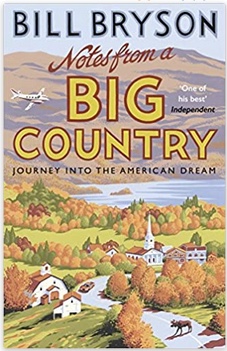 Notes From a Big Country by Bill Bryson

I’ve read this before, probably more than once. But I’m finding at the moment I’m not always up for a new read however enticing but want to sink into the comfort of the tried and tested. This is a collection of columns BB wrote for a British magazine when, after twenty years of living in Yorkshire, he moved back to the US at the end of the 1990s – and sees the country of his birth in a different light. 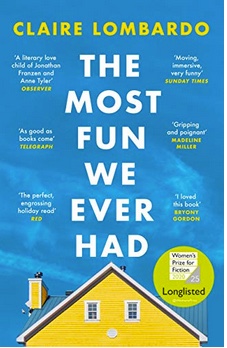 The Most Fun We Ever Had by Claire Lombardo

Read on Kindle. Can’t remember which book blogger mentioned this title but thanks very much whoever you were. I loved it. The Observer described it as ‘the love child of Jonathan Franzan and Anne Tyler’. I was sceptical about the Anne Tyler bit because that’s a very bold claim for AT fans to get on board with …

However, I was totally won over; it is Anne Tylerish albeit with graphic love scenes and lots of swearing.

Marilyn and David have the most stable marriage ever and are still crazy about each other after all these years – which is probably why their four grown-up daughters’ lives tend to be dysfunctional and secretive. How can their relationships ever live up to that of their parents’?

A first novel – I certainly hope there will be more.

And talking of the tried and tested … my next (re)reads are (if you were to twist my arm to choose two) my favourite Anne Tylers: 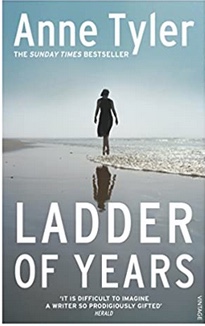 ‘One warm summer’s day at the beach, forty-year-old Cordelia Grinstead, dressed only in a swimsuit and beach robe, walks away from her family and just keeps on going.’ 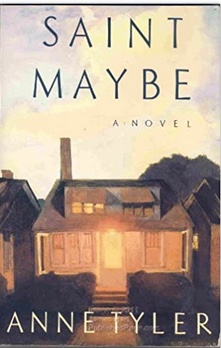 ‘When eighteen-year-old Ian Bedloe pricks the bubble of his family's optimistic self-deception, his brother Danny drives into a wall, his sister-in-law falls apart, and his parents age before his eyes. Consumed by guilt Ian finds the hope of forgiveness at the Church of the Second Chance.’ 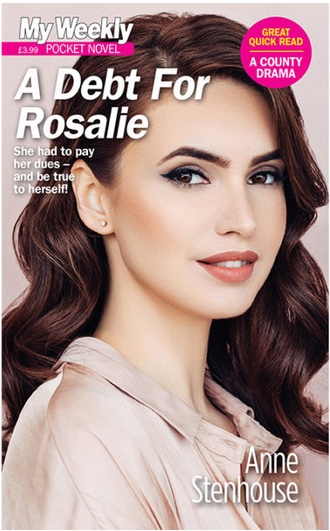 A Debt for Rosalie by Anne Stenhouse

A My Weekly Pocket Novel. It came out on 23 July and was available in selected WH Smiths and supermarkets for two weeks. However, if you ring DC Thomson 0800 904 7200 hopefully they will have some still for sale.

Rosalie has taken a job as the chef at Maldington House, a private hotel, following the collapse of her business and the end of her relationship with Steve (these two facts being unfortunately connected). And just when she’s getting on nicely with David, the dishy hotel owner, Steve turns up like a bad penny.

There are serious issues discussed here, albeit with a light touch, and a great sense of place. 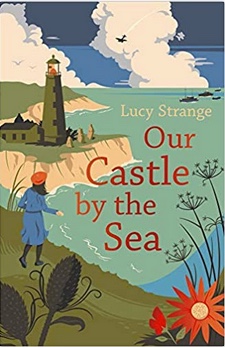 Our Castle by the Sea by Lucy Strange

Our Castle by the Sea takes place during the Second World War. Pet and her older sister Mags have been brought up in the cottage by the lighthouse in Kent where their father is keeper. With a war raging at sea, and their German mother interned, life becomes very grim for the girls especially when it becomes clear that there is a saboteur in the village.

Terrific, although for me not quite so tear-inducing as Nightingale Wood. 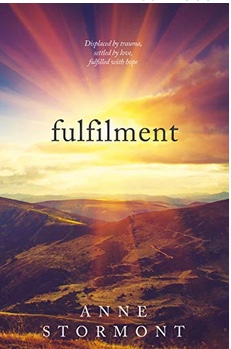 Read on Kindle. The third in the trilogy about Rachel and Jack, following Displacement and Settlement. It was good to catch up with the two main characters as they continue to work out their relationship – which is complicated by the mental health issues ex-policeman Jack has following a horrific attack on him. You could read this even if you haven’t read the others as you can pick up on earlier happenings – but much better to start at the beginning and follow Rachel and Jack on their complicated journey to their <spoiler alert> happy ever after.

There’s a great sense of place – whether that’s in Skye where Rachel and Jack live or in Israel where Rachel goes to visit her brother; they are Jewish through their mother’s side of the family. She also goes there for work reasons as she has been putting together an anthology of writings intended to help promote peace in that part of the world. With that and with Jack wanting to help youngsters who’ve had a bad start in life there are important and topical themes explored here along with the love story. Highly recommended.

Apologies for any oddities of spacing etc in this post – Blogger has a new 'interface' I am still getting to grips with.