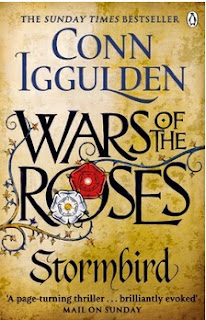 Wars of the Roses: Stormbird by Conn Iggulden
The first of a series, Stormbird is about the accession to the throne of England of ‘the Lamb’, the sickly Henry VI. ‘With England's territories in France under threat, and rumours of revolt at home, fears grow that Henry and his advisers will see the country slide into ruin. With a secret deal struck for Henry to marry a young French noblewoman, Margaret of Anjou, those fears become all too real.’ As the English famers resident in France are driven from the country (in scenes not for the faint-hearted), Margaret (aged just fourteen) realises that she must not just be the king’s wife but make decisions on his behalf. Terrific. Like the best historical novels it inspires further reading, not only of the other books in the series, but on finding out more about Margaret of Anjou, and about the Battle of Agincourt which is much alluded to. 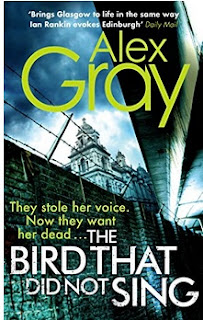 The Bird That Did Not Sing by Alex Gray
A second book this month with ‘bird’ in the title, but a quite different genre. This is the first book I’ve read about Glasgow’s DCI Lorimer and it’s the eleventh in the series so I have a lot to catch up on, always a good thing. Anarchy and people-trafficking plus a red-haired woman from Lorimer’s past, all set against the background of the 2014 Commonwealth Games. 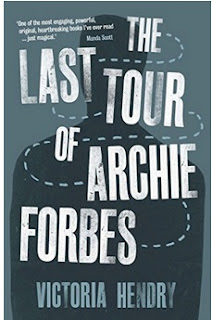 The Last Tour of Archie Forbes by Victoria Hendry
Delighted to say that Victoria is a fellow-member of Edinburgh Writers’ Club and that I’ve known her since before her acclaimed first novel A Capital Union was published. That book was set during the Second World War. This one is also about a war but a much more recent one. Archie Forbes, former financial lawyer and Army reservist, is homeless on the streets of Edinburgh after active service in Afghanistan has left him with post-traumatic stress disorder and a broken marriage.

His feelings are beautifully illustrated when he looks at a magpie ‘in his feathered uniform of black, white and brilliant green’. Where, he wonders, ‘did this eternally perfect magpie come from? Where were all the old magpies, the sick magpies, the magpies down on their luck.’ His struggles to cope are leavened by black humour – such as the way (I won’t tell you what) he endeavours to make some money.

The Last Tour of Archie Forbes is a tour de force I would say. 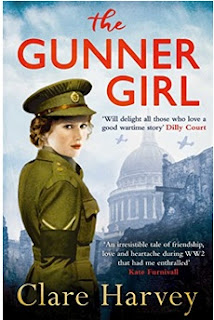 The Gunner Girl by Clare Harvey
Set during the last war, three girls from varying backgrounds join the ATS. The Gunner Girl is based on memories of the author’s mother-in-law and was the recent winner of the Romantic Novelists’ Association Joan Hessayon Award – but is much bleaker and grittier than that award might perhaps lead you to expect. 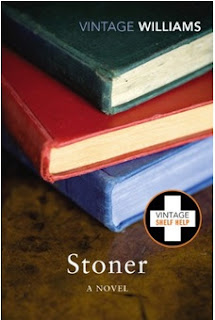 Stoner by John Williams
Read on Kindle. Stoner was first published in 1965 and reissued as a Vintage Classic in 2012 and has gone on to become a word-of-mouth best-seller, with accolades from literary giants, and lauded as ‘the must-read novel of 2013’ by the Guardian. It tells the story of Missouri farm boy William Stoner who is sent to study agriculture but gets diverted into literature and becomes a lecturer. It’s billed as the story of a quiet life and that appealed to me. But I’m afraid I struggled to see what the fuss is about.

After his first – and only – rebellion in not going back to his parents’ farm, Stoner lives a life that is passive. Unlike his (only) two friends he doesn’t join up when war comes in 1914. He marries Edith who is droopy and neurotic and horrible to him (although of course we only see her from his viewpoint); his colleagues in the main don’t respect him and he says himself he’s an indifferent teacher, unable to fully pass on his passion for his subject. Pages are devoted to his last illness.

The style is clearly deliberate but, in creative-writing-class parlance, it’s ‘telling not showing’, very distancing. For example, he is frequently referred to by his full name and the much-vaunted beautiful prose reads, in my opinion, like the dullest non-fiction: ‘In the second semester of that school year William Stoner dropped his basic science course … ’

There are 723 5* reviews on Amazon so you should read it for yourself rather than take my word for it. Perhaps I had the wrong expectations – I thought I was getting another Mr Chips, instead I got Mr Chips-on-the-shoulder.
Posted by Kate Blackadder at 04:11 No comments: