Wish upon a star

Six days before Christmas a family crisis brings Stella back from London to the Scottish Borders – and to Ross, the man she left fifteen months earlier.

This time three years ago I was on tour with Stella’s Christmas Wish – well, virtually on tour, doing the rounds with some lovely book bloggers. Here’s what some of them had to say:

Daydreamersthoughts
I fell in love with the characters and actually wished they were real … I loved reading about them and the way their lives intertwined … I really, really, want there to be a sequel …

Shazsbookblog
Later on as we discover the truth I thought the reasons for Maddie's absence were heartfelt and brought a lovely tone and atmosphere to the story.

Bookmoodreviews
Stella quickly became a very sympathetic character for me.

Books of all Kinds
The beauty of Scotland comes alive in this story, and the characters are so engaging and really make you care about them.

A Bookaholic Swede
... I enjoyed reading this book and if you are looking for a Christmas read I recommend this one.

Stella's Christmas Wish is published as an e-book by Black&White and is available from Amazon for a mere 99p, less than the cost of a chocolate snowman. It's also available in large-print in libraries. 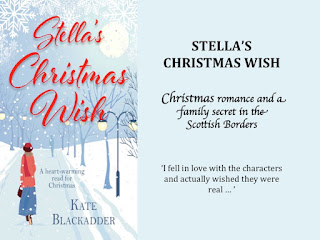 Posted by Kate Blackadder at 02:31 No comments:

I read eight books in October. 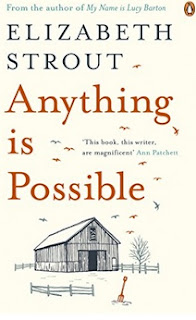 Anything is Possible by Elizabeth Strout
Lucy Barton’s estrangement from her family and her dysfunctional relationship with her mother was the subject of My Name is Lucy Barton. In this follow-up Lucy, an acclaimed writer living in New York, goes back for a brief visit to where she was brought up in small-town Illinois. But, as this is an Elizabeth Strout novel, Lucy herself hardly comes on stage. Instead, we see her in passing from the viewpoints of her siblings, her niece and her former friends and neighbours and in doing so we piece her history – and theirs – together. Loved it. Loved it. 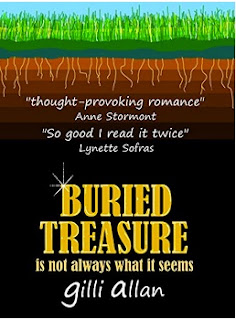 Buried Treasure: is not always what it seems by Gilli Allan
Read on Kindle. The paths of event planner Jane and archaeologist Theo cross when she organises a conference in his university building. Both have got ‘baggage’ – Jane from her time as a young woman with a predatory employer and Theo with an abusive ex-girlfriend. It’s pretty much dislike at first sight for both of them but soon they find themselves trying to uncover an archaeological mystery – partly inspired by the author’s family connection with the famous Mildenhall Treasure. Recommended. 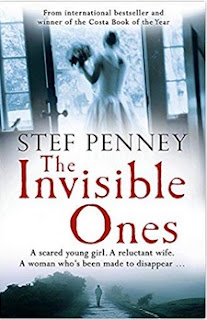 The Invisible Ones by Stef Penney
‘Rose Janko has been missing for seven years. Her family has made no attempt to find her.’ Until now. Well, if that’s not an intriguing premise I don’t know what is. What adds so much to this brilliant story is that Rose is from a gypsy family as is Ray Lovell, the private investigator hired by Rose’s father. I’d love to see him get another outing.
Stef Penny’s first novel was the Costa-winning The Tenderness of Wolves. At a writing event I was at in the summer, the first sentence of that book was deemed by the panel of publishers and agents to be one of the very best they’d ever read. The bad news, it transpires, is that publishers and agents, when reading manuscripts, sometimes barely read any further than that first sentence. 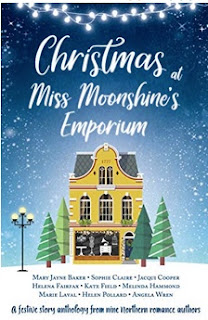 Christmas at Miss Moonshine's Emporium by Helena Fairfax, Mary Jayne Baker et al
Read on Kindle. Miss M got her first outing in Miss Moonshine’s Emporium of Happy Endings, a collection of stories by nine romantic novelists from Yorkshire and Lancashire, all set in the town of Haven Bridge and involving the ageless and magically empowered emporium owner. This new collection of contemporary and historical stories is even better I think. 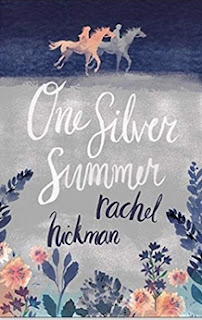 The Silver Summer by Rachel Hickman
A few weeks ago I was in the Peak District of Derbyshire and came across a shop selling new books at low prices – publishers’ overstocks/remainders. What a treasure trove. I picked up this YA book because I liked the title. It’s a sweet romance between a newly motherless American girl, Sass, coming to live with her uncle in Cornwall, and a local boy … The identity of that ‘local boy’ was  a surprise and took the story in a different direction. Can’t make up my mind if I liked that aspect of it or not. If you want to know what I’m blathering on about see the footnote*. Or if you’d rather read the book and find out for yourself then don’t. 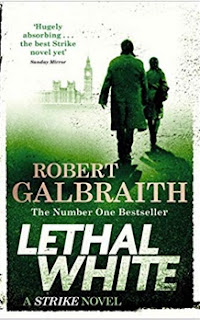 Lethal White by Robert Galbraith
Robert Galbraith (aka JK Rowling) needs no accolades from me to enhance her popularity but here are some anyway: Lethal White is brilliant – the best in the Cormoran Strike series so far! I didn’t speak to anyone at the weekend because I was so engrossed in it! Thank you very much! Now, please get on and write the next one. 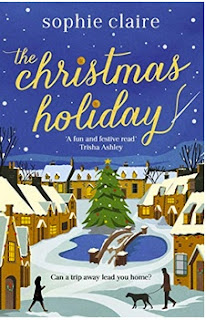 The Christmas Holiday by Sophie Claire
Read on Kindle. Partly set in the cosy village of Willowbrook, this is the story of Evie and Jake. Evie has family difficulties and a controlling ex-boyfriend and Jake is still very much in love with his late wife. When circumstances dictate that they spend Christmas together in sunny Provence, the understanding is that no strings are attached … but with a woman gathering more confidence in herself and a man with the ice in his heart beginning to thaw, well, that wasn’t going to last, was it? 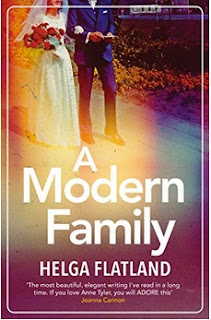 A Modern Family by Helga Flatland
Read for book group, on Kindle. The first English translation of a book by ‘Norway’s Anne Tyler’. I would not agree with that description for various reasons. Anne T is terrific, for example, on sense of place. There’s little of that here, despite the fact that family homes and summer cabins are important to the characters; plus it would have been interesting to have more of a sense of their wider surroundings. But I did enjoy this story of grown-up sibling relationships and rivalries, told in turn from the sisters’ and brother’s viewpoints, following the shock announcement that their 70-something parents are getting divorced.

*In an alternative version of the British Royal Family Sass’s boyfriend is Alex who is third in line to the throne, after his grandmother and his father. Cue the paparazzi, intrusive journalists etc.
Posted by Kate Blackadder at 09:37 No comments: