Sunshine After The Rain

I had the pleasure of meeting Daisy James at a writers’ event recently and am delighted to be able to reveal the cover of her new book – the perfect beach read!

So pack your sunglasses, sun hat, sun cream and … Sunshine After The Rain: 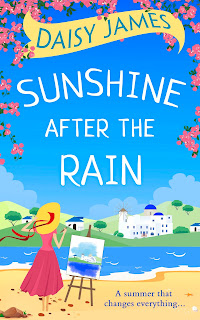 A summer that changes everything…


Frazzled workaholic Evie Johnson has finally had enough! When she’s blamed for a publicity disaster at the art gallery she loves, she decides to flee the bright lights of London for the sun-drenched shores of Corfu and turn her life upside-down.


Under the shade of the olive trees, she picks up her dusty paintbrushes and begins to chase the dreams she had put aside for so long. But she never expected to bump into drop-dead-gorgeous Sam Bradbury – and certainly not whilst wrapped only in a towel!

Order Sunshine After The Rain here.
Posted by Kate Blackadder at 22:16 2 comments:

Ladies who lunch and other stories


The traditional image of a writer is of someone scribbling away with pen and paper, on their own, in a garret, by guttering candlelight. Possibly there’s a resident rat – Jo March, in Little Women, had one she called Scrabble in her garret.

The updated image has someone sitting at a desk in rather more congenial, rodent-free, surroundings. 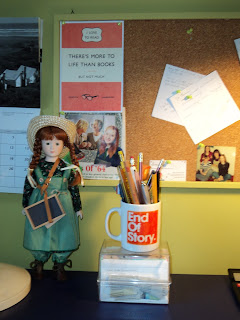 Now, as then, writing is a solitary occupation while you’re actually doing it – but these days there are all sorts of lovely ways in which writers can get together.

I had lunch in an Italian restaurant a couple of weeks ago with around twenty other members of a very supportive Facebook group called Authors and Book Bloggers in Scotland, organised by Joanne Baird of Portobello Book Blog. Joanne has deservedly been shortlisted for a bloggers award and while you're checking that out (and voting for her ... ) have a look at how many book blogs there are – I’ve had to restrain myself for the moment from investigating them all.

I sat opposite prolific writer in various genres Caroline Dunford and crime writers Wendy H. Jones and Chris Longmuir who both wore slightly unnerving noose necklaces! And I sat beside romantic novelist Daisy James – look out for a cover reveal of her latest book on this very blog next week.

Then a week later there was a get-together of the Scottish Chapter of the Romantic Novelists Association at a French restaurant in Edinburgh. It was lovely to chat to other writers over lemon and lavender chicken – which sounds just what you'd expect romantic novelists to eat, don't you think?

In other news, not involving lunch …

Last night I left the proverbial garret to see an amazing production of Jane Eyre at the Festival Theatre in Edinburgh. It really was 'theatre at its most imaginative' while remaining true to the book. Catch it wherever you can ...

My third People’s Friend serial A Time to Reap is just out in a large-print edition for libraries. 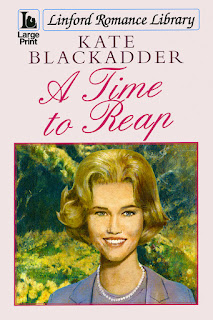 Elizabeth Duncan, widowed with two small daughters, is farm manager on a Scottish Highlands estate. It’s April 1963; it’s been a hard winter and someone is trying to make trouble for her. She enjoys support from family and friends in the small community but, following the troubling death of her husband, a new relationship has been the last thing on her mind. However, as she dances at the annual estate ball in September, that may be about to change …

I am planning to publish a Kindle edition myself soon – watch this space.
Posted by Kate Blackadder at 08:13 No comments: 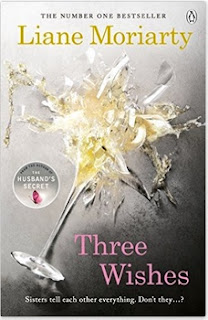 Recently I heard an interview with a novelist who specialises in ‘issue’ books. I read about six of them before giving her up a few years ago. She was asked which came first (when she was thinking of her next book) the character or the issue, and she replied, as if it was a no-brainer, oh, the issue. I realised why I’d stopped reading her books – because although I can remember the issues her main characters had I can’t remember anything else about them.

Liane Moriarty’s characters all have lots of issues – as do we all, that’s life, but they are never flagged up as such. Triplets Lyn, Cat and Gemma are the protagonists in Three Wishes – LM is terrific on this sibling relationship. Loved it – not quite as much as The Last Anniversary reviewed here, but lots. I’ve bought The Hypnotist’s Love Story and, her latest, Truly, Madly, Guilty, but am putting off reading them because then I’ll have finished all the books she’s written to date and I don’t know how long the wait will be for the next one …

And while I’m having a wee rant about ‘issues’ I was cross and upset to read that a new version of Anne of Green Gables is being filmed for Netflix. Called Anne with an E it tells the ‘real story’ of ‘a more troubled’ Anne and will be concerned with ‘trauma, bullying and being an outsider’ in the ‘hard, gritty, scrappy’ life she apparently would have had in Prince Edward Island in the late 1800s.

Leaving aside the fact that Anne is a fictional character … I think we can read between the lines that her life, certainly before she came to Green Gables, was what we would now call dysfunctional, but the whole point of her delightful character is that despite her bad start in life she’s never self-pitying, never thinks of herself as a victim. Quite the opposite in fact. Grrr. I won’t be watching.

After reading U is for Undertow last month I went on three further crime sprees with private investigator Kinsey Milhone. The next one is available, called merely X, and then only two more to come in this very enjoyable series. 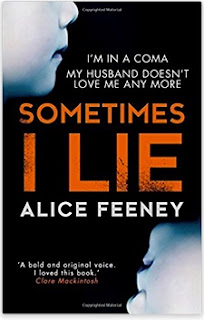 Sometimes I Lie by Alice Feeney
Read on Kindle. Psychological suspense novels promising a twist are the in-thing just now. I didn’t see the twist coming that was revealed about two-thirds of the way through this one but it made sense when I put my Kindle down for a few minutes and thought about it – very clever. The twist on the very last page though – perhaps someone could explain it to me? 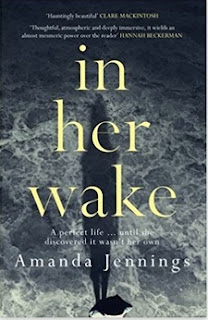 In Her Wake by Amanda Jennings
Read on Kindle. Another psychological one. I wasn’t sure about the slightly magical (or were they?) elements in this one but otherwise I thought it was a great page-turner (if you can say that about an e-book) and I liked the Cornish setting. 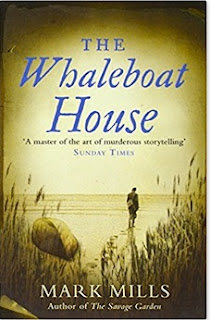 The Whale Boat House by Mark Mills
This is the first book I’ve read by this author but it won’t be the last. It’s set in Long Island just after the Second World War and begins with the dead body of a beautiful young socialite being caught in a fisherman’s net. Long Island is just beginning to be the weekend/holiday destination for rich New Yorkers who build large houses, a contrast to the homes of the permanent residents. Some Amazon reviewers thought the author shoehorned too much of his research on the lives and work of the fishermen into the story but I liked all the detail and I think it’s good to learn something while being entertained.
Posted by Kate Blackadder at 09:51 2 comments: