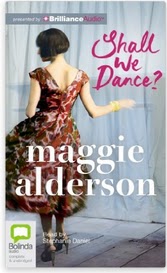 Shall we Dance? by Maggie Alderson
There’s always something very glam about Maggie Alderson’s novels and this one is no exception. She is a fashion journalist after all. Here, the main character, Loulou, has a vintage clothes shop in Primrose Hill and is the sort of person who wears high-heeled wellingtons to music festivals. 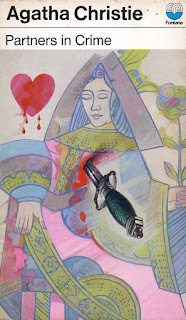 Partners in Crime by Agatha Christie
I read every Agatha Christie, most more than once, when I was young (those long winter nights on the farm … ). When our parents downsized, my sister and I divided the collection between us.

I remembered The Secret Adversary as one of my favourites, very exciting – it’s the first Tommy and Tuppence story. I was looking forward to seeing the recent TV adaptation but was sorely disappointed. Why move it to the 1950s? Why rewrite the story to such an extent? Why make Tommy such a buffoon?

As my husband had never read any Agatha Christie (I know – weird) I pressed The Secret Adversary and N or M? on him (these had fallen to me in the share-out) and he liked them so much that he asked for more.

So I bought him two more Tommy and Tuppences, Partners in Crime and By the Pricking of my Thumbs, 1970s Fontana editions.

He liked those too and I reread PiC myself when he finished it. It’s a book of short stories, some very far-fetched but, hey, this is the queen of crime. She gets away with it as far as I’m concerned. Unlike the TV producers.

The Road to Little Dribbling More Notes from a Small Island by Bill Bryson
Bill travels around Britain (well, England mostly, apart from North Berwick, Ullapool and Cape Wrath), describing his journeys in his witty, informative and often caustic way. 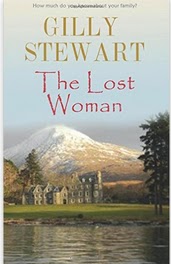 The Lost Woman by Gilly Stewart
Read on Kindle. Set in the Scottish Highlands. Catherine McDonald is trying to turn her family’s home into a hotel but a missing hill-walker brings unwanted attention to the area and some of her family are less than enthusiastic about her plans. Good read, with a great sense of place – as usual from this writer.

So Many Books, So Little Time: A Year of Passionate Reading by Sara Nelson
Bought in second-hand bookshop, published in 2003. I could not agree with the title more and had every hope that this American author and I would be kindred spirits. Alas no.

A whole chapter was devoted to a true crime book about murder by baseball bat. After reading it she apparently got anxious about her young son playing baseball, and about the possibilities of other sporting paraphernalia being used as weapons. I could win worrying competitions but I’ll skip that one.

I knew we weren’t on the same planet reading-wise though when she was indifferent to /dismissive of two of my very favourite books.

Crow Lake by Mary Lawson was newly published when Sara Nelson read it. She found it ‘pretty close to cliché’ and suspected it would be ‘ignored or even trashed’ by other reviewers. Well, perhaps it’s mean of me to, ahem, crow, but with the benefit of hindsight I know that Crow Lake got brilliant critical reviews, became a best-seller and a beloved book for many people, and that it won the Books in Canada First Novel Award and the McKitterick Prize among other accolades.

But each to their own … in the lists at the back of the book there are a few titles I hadn’t heard of that I'll look out for. Maybe we might even agree over some of them. 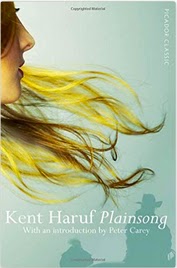 Plainsong by Kent Haruf
Read on Kindle. I bought this because I read that it was one of Anne Tyler’s top ten books. It’s contemporary, set in a small town in Colorado, and follows various characters and how they are linked to each other.

I appreciated it more than liked it, I think. The characters stayed in my mind but I found the almost reportage style of writing distancing. 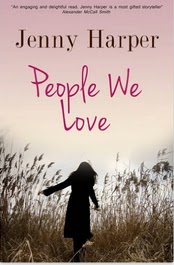 People We Love by Jenny Harper
This is the fourth title in Jenny Harper’s very successful Heartland Series of ‘strong women under pressure’, set in a fictional town in East Lothian, Scotland. Here, Artist Lexie is back in Hailesbank, living with her parents, as they all try to come to terms with her brother’s fatal accident. ‘An engaging and delightful read,’ as Alexander McCall Smith says on the cover.

I’m very pleased to have been interviewed by Jenny Harper about writing serials, and about The Ferryboat (my People’s Friend serial now available as a large-print library book which I might possibly have mentioned before):
http://jennyharperauthor.co.uk/kate-blackadder-celebrates-serial-success/
@harper_jenny 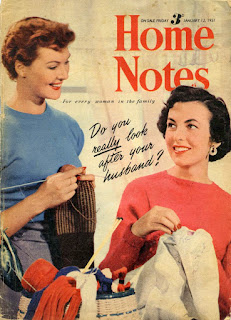 Er, well, my answer to the question posed on the cover of this January 1951 magazine, is no.

Because to answer yes I would have to: 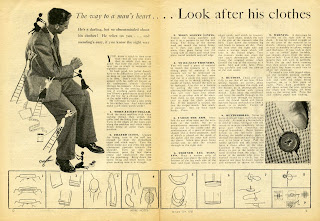 If my absent-minded darling and I had lived in those days of post-war austerity, and had his trousers needed re-seating, he would have done it himself. And there’s no way he would have let me near his favourite jacket should the sleeve need replacing – although perhaps necessity and peer pressure would have had an improving effect on my practical skills.

If the trouser seat of your absent-minded darling is getting embarrassing show him/her this: 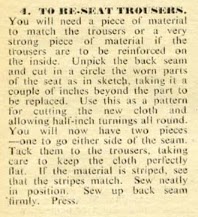 I mock, but gently.

This Home Notes is a new acquisition, bought from a second-hand bookshop – in Providence, Rhode Island, oddly enough, as it’s a British magazine (cover price 3d, bought last month for $3).

I’ve blogged before about my collection of housewifery books from the early to middle part of the last century. They can be read for pleasure as social history – or they can be useful for period details in writing fiction. As can my collection of girls' annuals.

My current work-in-progress is a serial for The People’s Friend set in 1963. That’s within my memory – but as a child, not an adult. It’s fascinating to glean from my housewifery books and old magazines how different in many ways women’s lives were then – and to imagine (not from a 21st-century perspective) how they felt and what their private thoughts and hopes were.

And it’s fascinating too, to see the similarities between then and now – anxieties over weight and hair, problems with the spiteful friend or the office cadger, pictures of celebrities (Margaret Lockwood in Home Notes).

Really, as well as being used for writerly research, these books and magazines could themselves inspire a thousand stories – maybe even one involving re-seated trousers.

Posted by Kate Blackadder at 07:05 No comments:

The Reading (and writing) Woman

I was given the gorgeous Reading Woman calendar for Christmas and I’m going to use it to mark only writing-related events. 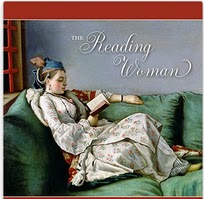 The picture for January is called Portrait of Helen Gow and is by Scottish artist Alexander Mann (1853-1908). Helen Gow is reading what appears to be a pictorial magazine – I wonder what it was? – and she’s wearing a very lovely black lacy dress. You can see it here http://www.mystudios.com/artgallery/A/Alexander-Mann/Portrait-of-Helen-Gow.html

I’ve been filling in events for the first few months and there is much to look forward to.

The first Edinburgh Writers’ Club meeting of 2016 is on 11 January. Rosemary Gemmell will talk about writing relationships and romance, and will later judge the Short Story Competition on those themes. As many folk make New Year resolutions to write can I say, as membership secretary of the Club, that new faces are always welcome.

Also on 11 January I’m going to be interviewed on Jenny Harper’s blog.

The Writers’ Room, the fab creative writing class I’ve been going to for years, begins again on the 15th. Looking forward to finding out what this term’s theme is.

I’m busy reading entries for the Woman’s Short Story competition, organised by the Scottish Association of Writers. The adjudication will be delivered at the SAW weekend conference in March and the winner will have their expenses paid at the conference. So I’m going to make one person very happy …

I asked the organisers if this year entrants could submit their stories with a particular women’s magazine in mind. This was because, although the number of women’s mags and especially those carrying fiction has dwindled almost to nothing since their glory days of around the mid 20th century, the chances of having a ‘womag’ story published are still high compared to a ‘general’ short story – and I assume all writers want to be published.

And on that subject … I am delighted to be involved in The People’s Friend (newly award-winning) workshops and will be in Dundee, Glasgow and York this spring for the next batch:
http://www.thepeoplesfriend.co.uk/fiction/fiction-editors-blog/2015/december/23/were-winners/

I’ve just finished writing the seventh instalment (out of eight) of my new People’s Friend serial. I rewrote the final ‘chapter’ (there are five chapters in an instalment) about fourteen times then forced myself to print it all out and put it in an envelope to avoid further tinkering. Now I will embark on tying up the ends in the final instalment.

And I have another project which I shall tell you about in due course. 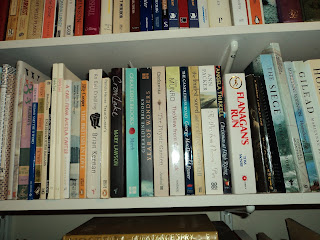 So, all being well, that’s the first half of the writing year mapped out – and, of course, along with the women on my calendar, I shall be doing lots of reading, although, sadly, not so glamorously attired.
Posted by Kate Blackadder at 07:19 2 comments: