I read nine books in December. 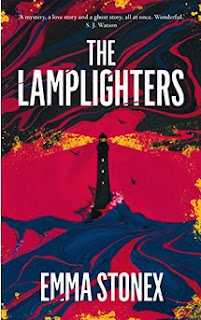 The Lamplighters by Emma Stonex

‘Cornwall, 1972. Three keepers vanish from a remote lighthouse, miles from the shore. The entrance door is locked from the inside. The clocks have stopped. The Principal Keeper’s weather log describes a mighty storm, but the skies have been clear all week. What happened to these three men out on the tower?’

Twenty years later the women in their lives are still coming to terms with the mystery – the mystery that has caused them to fall out with eachother. Now, a writer wants to talk to them and old secrets come to the surface.

Based on a true story and beautifully written, the book was described by Hilary Mantel, no less, as ‘the novel I’ve most enjoyed this year.’ 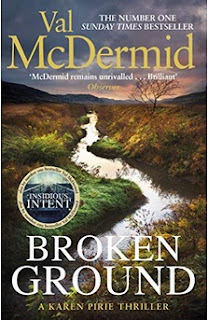 I’ve been volunteering for my local Shelter shop for three years now, sorting out their book donations and shelves. Almost nothing gives me greater pleasure than arranging books. It’s costing me a fortune though (luckily a very good cause benefits) – I nearly always come home with some irresistible find ssuch as these two hardback Val McDermids.

They are the fifth and, the latest, the sixth in her Karen Pirie series of cold-case solving, set in Fife and Edinburgh. I hope there will be more. 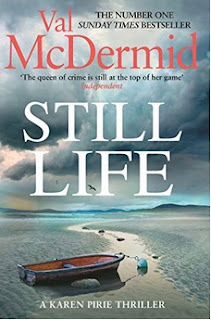 (Editions other than hardbacks are available of course.) 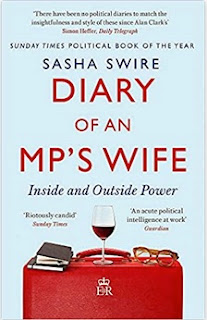 Diary of an MP’s Wife by Sasha Swire

Sasha Swire was (is?) her husband Hugo’s political researcher, both of them good personal friends of David and Samantha Cameron. Here she spills the beans on eg the infighting in the Tory hierarchy, the two referendum, and the appointment of the two subsequent prime ministers Theresa May and Boris Johnson.

No one comes out of it well. And since katewritesandreads is not a political column I will stop there. 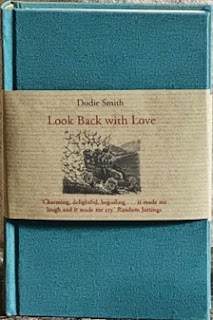 Looking Back with Love by Dodie Smith

Today, Dodie Smith (Dorothy, 1896-1990) is most associated with The Hundred and One Dalmatians – although it’s probably more likely that Walt Disney’s name would come before hers. (I like the films but the book is better than any of them.) Her other book which has more than stood the test of time and one I've read and reread is I Capture the Castle.

But in the 20s and 30s she was a much-performed playwright, the best known ‘woman playwright’ of her day. The others are forgotten now; only Dear Octopus had any real longevity.

She is a fascinating character. She was brought up in Manchester by her widowed mother, grandparents, three bachelor uncles and two aunts, who all lived in the same house and doted on her. It was a fun, noisy household with musical evenings and many outings to theatres; her uncle Harold was a leading light in one of the local companies.

All this adoring attention gave Dodie a very healthy ego. She ended up writing five volumes of autobiography (only three have been published). This is the first; it takes her up only to the age of fourteen when her life changed. Her mother married again and moved with Dodie and her new husband to London.

I love these Slightly Foxed books; they’re comparatively expensive but so delightful to hold and to look at – and to read of course. 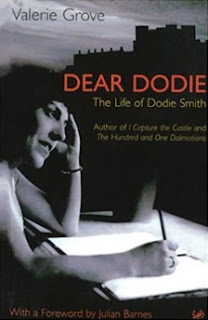 I already had this biography of Dodie Smith and had read it but having acquired Look Back with Love I wanted to remind myself of what happened after she was fourteen.

She didn’t succeed in her desire to become an actress – she was slightly odd looking, very short with a large head and bust, and dressed in a startlingly individual style, so directors were more inclined to smile and send her on her way than to cast her – so she began to write plays and to keep the wolf from the door was a successful saleswoman at the famous London shop Heal’s for a time (and had a long affair with its married owner).

After marrying the wonderful (and long-suffering) Alec she lived in America during the 40s, adapting books for film and making friends with, amongst others, Christopher Isherwood.

Back in England she was given her first Dalmatian although it took her a long time to write about him. She was extremely extravagant and loved spending money even when she didn’t have it – but it seemed that a large cheque from some project always arrived in time to bail her out.

Hard to do justice to her in a few words – do read about her for yourself. 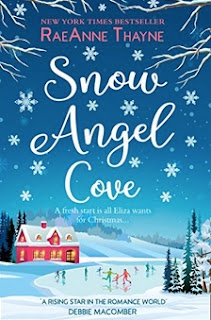 A prettily-covered romance set in a picturesque American small town ticks a box for me and there are some great series of them. Here, I’m afraid I didn’t really take to Eliza, her inevitable heartstrings-tugging issues and the way everyone thought she was so wonderful. In fact, everyone thought everyone else was wonderful so it was all too sugary with no real conflict. Her little daughter, Maddie, was the only character who came over as a real and delightful individual rather than one from central casting. 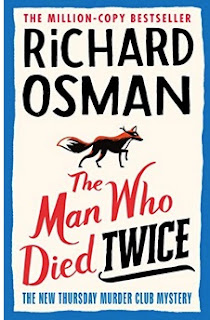 The Man Who Died Twice by Richard Osman

I went to the launch of this at my local (brilliant) branch of Toppings back in September. About three hundred of us (masked) crammed into a church near the shop to hear RO being interviewed by Scottish comedian and presenter Fred MacAulay. They’d evidently met before so there was some good banter between them.

I saved the book up for the Christmas hols and it did not disappoint; in fact I preferred it to the first. Great characters, great twists and a cracking ending.

Posted by Kate Blackadder at 08:07