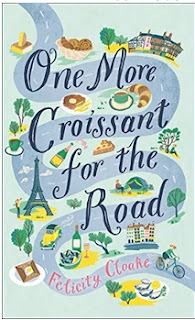 One More Croissant for the Road by Felicity Cloake

Cookery writer Felicity Cloake had her own ‘tour de France’ – cycling (2300km) around the country in search of the perfect croissant, and has written a delightful book about the experience. She ate fabulous and not so fabulous meals, and in the book she gives a recipe from each region. The ultimate croissant (9/10) turned out to be from her last stop, Paris, from the Blé Sucré patisserie.

During the 2020 lockdown we got veg and various other provisions delivered by a local company. One time, having run out of bread flour they substituted buckwheat flour and most of it was still in the (large) packet. So when I came across Felicity Cloake’s recipe, from her journey from Saint-Malo to Redon, for Crêpe Complètes made with the flour, I gave them a go. With an egg and grated cheese on top they were trés delicious. 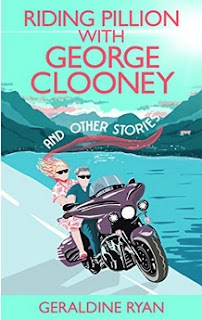 Geri is a much-published short story writer, particularly in women’s magazines (for whom she has also written serials). This collection of a dozen stories showcases her versatility and demonstrates how she is inspired by the daily lives of women at different stages of their lives – I was particularly fond of Bernadette in the title story as she bravely moves out of her comfort zone. 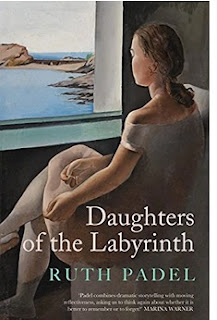 Daughters of the Labyrinth by Ruth Padel

Read for book group. An area of history none of us were familiar with – the treatment of the Jewish community living on Crete when it was under German occupation during WW2.

Ri, a successful artist living in London, goes back to her ancestral home in Crete following the death of her husband. Her mother is ill and in her delirium she lets slip a family secret. As well as being a book about the wartime history of the island it’s about relationships between mothers and daughters so a good read on several levels.

I wasn’t sure about the first person, present tense, narration – first person can sound self-conscious, and the present tense plain irritating, so the two together in a book (as opposed to a short story) is hard to sustain successfully, in my opinion. 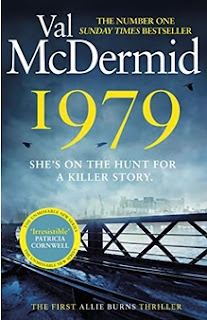 The first in her new series – the next one due imminently is 1989, and so on; the books will chronicle history, changing attitudes etc as well as following reporter Allie Burns. In 1979, Allie and her colleague, Danny, infiltrate a splinter Scottish Independence group bent on aping IRA violence, and investigate an insurance scam that comes only too close to home. 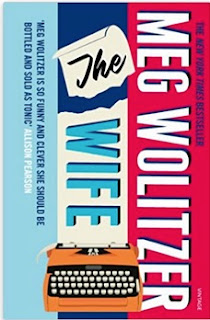 The Wife by Meg Wolitzer

Bought at Christian Aid booksale. I’d vaguely heard of the film with this name (with Glenn Close) but hadn’t connected the two when I picked up this book.

I haven’t read any of Alison Lurie’s books for decades but her name came to mind when I started this – about a literary, warring couple. I appreciated The Wife for the writing and deplored the way (mostly) American men lorded over the literary scene in the mid 20th century, some quite undeservedly … but I don’t feel invested enough in the story to seek out the film. 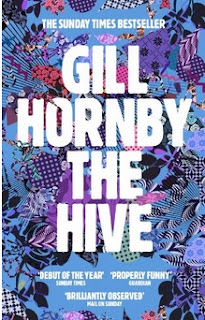 The Hive by Gill Hornby

It's the start of another school year at St Ambrose. But while the children are in the classroom colouring in, their mothers are learning sharper lessons on the other side of the school gates. Lessons in friendship. Lessons in betrayal. Lessons in the laws of community, the transience of power... and how to get invited to lunch.

I loved this, wanted to know the end but didn’t want it to finish – the best kind of read. The dialogue was so sharp, each character so distinct. And it was so funny in places (yes, Heather, thinking of your lunch menu). 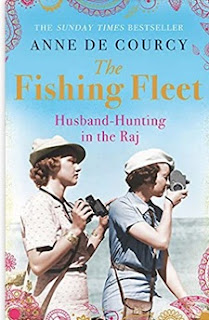 The Fishing Fleet: Husband Hunting in the Raj by Anne de Courcy

From the late 19th century, when the Raj was at its height, many of Britain's best and brightest young men went out to India to work as administrators, soldiers and businessmen. With the advent of steam travel and the opening of the Suez Canal, countless young women, suffering at the lack of eligible men in Britain, followed in their wake. This amorphous band was composed of daughters returning after their English education, girls invited to stay with married sisters or friends, and yet others whose declared or undeclared goal was simply to find a husband. They were known as the Fishing Fleet, and this book is their story, hitherto untold.

I love this kind of social history, although I skipped the parts about the tiger hunts.

Posted by Kate Blackadder at 05:33