Four and a bit in October

I only read four and a bit books in October because – well, hang on, I’ll tell you in a minute. 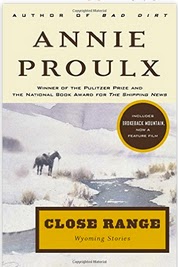 Close Range by Annie Proulx
Short stories by the author of The Shipping News, all set in ‘the harsh and unforgiving landscape of Wyoming’.
One of them, Brokeback Mountain, was turned into a film with Heath Ledger and Jake Gyllenhaal. But so good are all of these stories – dense with detail, yet with never a wasted word – that any of them could be given the Hollywood treatment.

See Now Then by Jamaica Kincaid

‘See now then, the dear Mrs. Sweet who lived with her husband Mr. Sweet and their two children, the beautiful Persephone and the young Heracles in the Shirley Jackson house, which was in a small village in New England.’
This is the story of the acrimonious breakdown of a marriage, told in an oblique and lyrical style and believed to be a novelised version of her own marriage – in which case the style is just right, to give the author distance eg always referring to the characters as Mr. Sweet and Mrs. Sweet.

The wonderfully named Jamaica Kincaid has written half a dozen other novels which I shall now seek out.

Swimming in the Steno Pool: A Retro Guide to Making it in the Office by Lynn Peril
This month I read the last few chapters of this book –which I blogged separately about here

The closing chapters update the history of the secretary with the coming of new office machinery such electric typewriters and calculators in the 1960s – and gives examples of some unbelievable (or, sadly, all-too-believable) ads.

One shows a blonde ‘Olivetti girl’, hands flying over a keyboard, with the tagline: ‘The typewriter that’s so smart she doesn’t have to be.’

Then there was this little charmer: 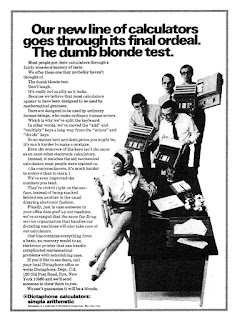 But there was a lovely story about Mike Nesmith of Monkees fame – or at least about his mum. She was a divorced single mother in 1946. She had some secretarial skills and at home she loved to do art projects. She combined these two when she invented and patented ‘Liquid Paper’ (Tippex), and in 1979 she sold her company to Gillette for $47.5 million.

Ursula’s Secret by Mairi Wilson
This book won the Sunday Mail Fiction award and I am delighted to say that my next blog post will be an interview with the author. I’ll tell you what it’s about now – and you could read it before the end of next week … and then I hope I’ll have asked Mairi questions you would like an answer to:

In just a few heartbreaking days, Lexy Shaw’s world has fallen apart. After her mother is killed in a tragic hit-and-run, her mother’s childhood guardian, Ursula, also dies suddenly, leaving everything to Lexy. But as Lexy reads through Ursula’s hidden papers, what she discovers raises doubts about her own identity and if she really is now all alone in the world.

Desperate to find out if she has any surviving family, Lexy travels to Africa hoping she can unravel the mystery she’s now tormented by, only to find that she’s stumbled into a past full of lies and deceit and that her life is in grave danger.

Oracle Bones: A Journey between China and the West by Peter Hessler
Okay, this is part of the reason why I only read four and a bit books this month. This one is 490 pages and I read it slowly so I didn’t miss anything.  I’m a bit obsessed with China since I visited it in 2011 and blogged about it here.

I’d read Peter Hessler’s other two books on China: River Town, about his experiences of teaching in a town on the Yangtze with the American Peace Corps, and Country Driving, about when he had been in China for several years as correspondent for the New Yorker and decided to see more of the country that is changing so quickly in the 21st century. Country Driving is one of my favourite books ever, staggering in its information and very funny.

Oracle Bones was published in between these two and here Peter Hessler looks at the migration of young Chinese from the traditional countryside to the new boom towns, and along the way he give us many lessons on the history of this fascinating country ...

… so fascinating to me that I signed up for a (free) online course with FutureLearn (part of the Open University) on the European Discovery of China. So what with tutorials, quizzes, an essay and now a test looming at the end of this week … A test! Never thought I’d have to swot for one of those again.
Posted by Kate Blackadder at 01:35