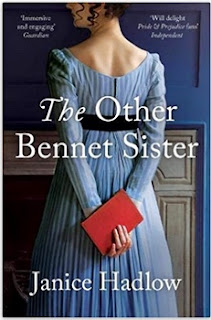 The Other Bennet Sister by Janice Hadlow

That’s Mary*, the middle sister from Pride and Prejudice. This is an extremely enjoyable read – a standalone but of course all the better if you’ve read P&P / seen the film(s).

The first quarter of the book is the timeframe of P&P, seen from Mary’s point of view. Thereafter <spoiler alert> with her four sisters married and her father deceased, she and her mother live with the Bingleys where Mary is tormented by the ghastly Caroline.

So she moves on to Pemberley but here she feels like a gooseberry in the midst of the Darcys’ domestic bliss – so much so that she gets herself invited to stay in her old home, Longbourn, where the Collins now reign. Unexpectedly, she finds more in common now with the much-maligned Mr C than she does with her friend Charlotte, née Lucas.

It was lovely to catch up with these old acquaintances before we made some new ones.

Mary then goes to London, to the welcoming home of her mother’s brother and sister-in-law, the Gardiners.

And there I will leave you, gentle reader, to find out for yourself what happened next. (I succumbed to a supermarket paperback but it is currently 99p on Kindle.)

*I too was inspired to write about Mary Bennet, in a modern-day story called The Real Thing; it was long-listed for the Jane Austen Short Story Award a few years ago. You can read it in my collection Another World. 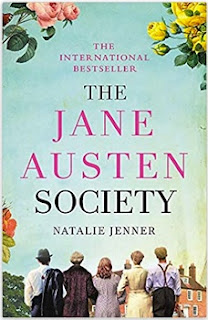 Read on Kindle. Still on a JA jag here.

The blurb said it was a fictionalised account of a group of people who saved the Austen’s house in Chawton, Hampshire to be a museum to her, and bought back various Austen artefacts that had been sold abroad. I did get absorbed in their various stories (especially Dr Benjamin’s) while at the same time thinking that in places the dialogue was a bit clunky.

Then I got to the end where a note says that all the characters are entirely fictitious and not based on anyone who was involved in that (real) exercise. Not sure what to make of that. 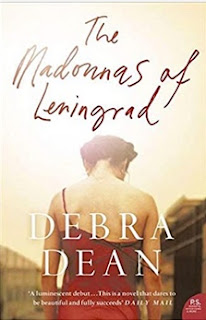 The Madonnas of Leningrad by Debra Dean

But I didn’t know that Hermitage Museum staff and some of their families spent that dreadful time actually in the museum, cataloguing and wrapping the precious paintings and objects for safekeeping.

In this novel, partly set in present-day America, former guide Marina, now slipping into dementia, can still walk through the Hermitage in her mind and recall especially the paintings of the Madonna. It’s a time of her life that her children and grandchildren don’t know about – and one that I was very interested to read about. 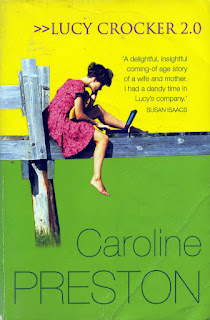 I’d finished The Madonnas one evening and thought I’d go for a reread rather than embarking on a new book (anyone else do that?).

This is a quirky novel, set (indeterminately) around the early 1990s, about Boston-based Lucy who is artistic, slightly hippyish, upset at how much time her 13-year-old twin boys spend on their computer – but who nevertheless has made up a multi-million-selling video game called Maiden Quest.

For various reasons, she rebels against what her life has become and nostalgically recalls her father’s cabin in the wilds of Wisconsin, still in the family but unvisited for fifteen years. She enrols her urban and very unsporty lads in a canoe summer camp she’d loved when she was a girl and, without leaving a note for her husband, sets off to relive her youth.

I love this book! (I bought my ex-library copy some years ago for 80p). 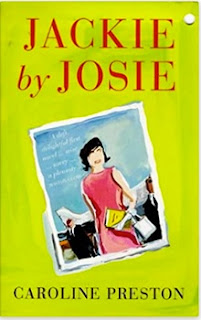 Jackie by Josie by Caroline Preston

So having happily reacquainted myself with Lucy I reread this equally enjoyable novel by the same author.

Josie has been asked to do some research (ie look for scandal) at the Kennedy Library for someone who is writing a biography of Jackie Kennedy Onassis. She’s going to be well paid so she temporarily moves back with her small son to her mother’s large, ramshackle house while her husband takes up a teaching post in California.

It’s difficult having that (pre-mobile) distance between them; her mother’s asked a convicted arsonist to move in; and her own dissertation on an obscure woman poet has ground to a halt. 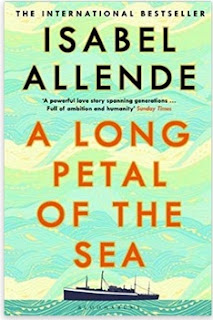 A Long Petal of the Sea by Isabel Allende

Read for book group … the ‘long petal’ being Chile. The book begins in Spain during the bloody civil war; when dictator Franco wins, the losing side disperse in various directions. Victor, Roser and baby Marcel are picked by poet and activist Pablo Neruda to embark on his rescue ship, the Winnipeg, to begin a new life in Chile. Years later, they find their lives turned upside down by another dictator, General Pinochet.

This is a fictionalised version of historic events. I learned a lot that was interesting and it was page-turning but the novel part of it was rather unsatisfactory; it seemed to play second-fiddle and the tone made me feel as if I was being hastily told a story rather than been given the chance to get involved with the characters. 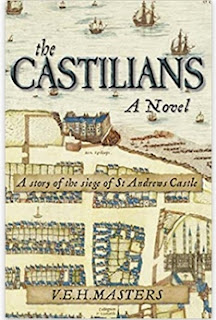 By coincidence, another novelised version of historic events, this time of the siege of St Andrews Castle (1546/47). Here, the characters spring to life and carry the story of this little-known or long-forgotten extremely dramatic part of Scotland’s history.

Look out for my interview with the author coming soon.

Posted by Kate Blackadder at 07:45