I read nine books in April. 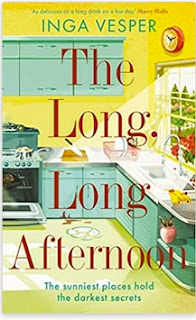 Read on Kindle. If ‘debut novel’ implies that the author is a beginner and will do better … well, that’s hard to believe. This will be a very hard act to follow. The Long Long Afternoon encompasses racism, domestic abuse, (what we now call) PTSD, sexism and other issues but these are in the very fabric of this gripping mystery; they are not added for the sake of it.

Inge Vesper conjures up the stifling Californian heat and the stifling lives of 1950s’ housewives through terrific characters and a structure that works brilliantly.

The story is told through three characters: Joyce, the missing woman; Detective Mike Blanke; and Ruby, the hired ‘Negro help’ who knows these women’s secrets.

I’d love another book featuring this detective. It would be great if Ruby were there too but on the other hand I hope she’s got out of her current life and into the better one she so deserves. 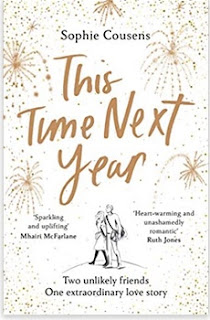 This Time Next Year by Sophie Cousens

The heroine with a knack for choosing the wrong man? The hero with commitment problems? An unusual way in which they originally meet? The wacky best friend? The mother (mothers in this case) and friends with ‘issues’? The funny set pieces? The ‘sliding doors’ aspect?

Yes, it ticked all these romcom boxes but it read as if the boxes came first and the characters second. 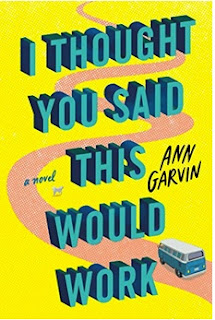 I Thought You Said This Would Work by Ann Garvin

Circumstances then dictate that Wisconsin-based Sam and Holly have a mad car journey to reclaim Katie’s diabetic Pyrenees mountain dog from her ex-husband many hundreds of miles away in Utah, coming together for the sake of their beloved friend.

Funny, poignant, definitely heart-warming, and an American road trip – what’s not to like? 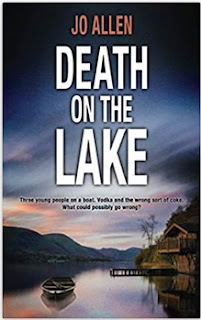 Death in the Lake by Jo Allen

Read on Kindle. The fifth outing for DCI Jude Satterthwaite and his colleague and lover Ashleigh O’Halloran. More murder and mayhem in the beautiful Lake District (the contrast works so well). Look forward to number six.

When a young woman, Summer Raine, is found drowned, apparently accidentally, after an afternoon spent drinking on a boat on Ullswater, DCI Jude Satterthwaite is deeply concerned — more so when his boss refuses to let him investigate the matter any further to avoid compromising a fraud case. 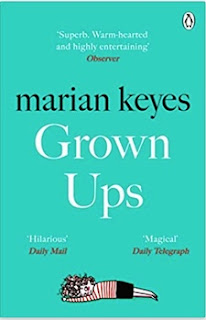 I think her early ones are still her best – but this is a page-turning and enjoyable read. 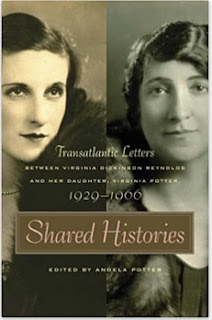 What it says on the tin … this is a collection of (some of) the letters exchanged by mother in America and daughter in England, focusing on the Second World War years.

Virginia Jnr elected to stay in Britain during that time when she could have returned to the safety of the States, and although she was in the upper echelons of society she mucked in and did her bit in digging for victory, keeping hens and so on.

Virginia Snr (a near relative of poet Emily Dickinson) mostly griped – she was prejudiced against almost everybody to an unpleasant degree. But it was interesting and extraordinary to hear about her wealthy and generous Canadian brother-in-law, Huntly Redpath Drummond, donating thousands to the British war effort including paying £10,000 for a Spitfire named after Virginia Jnr’s little daughter, Jennifer. 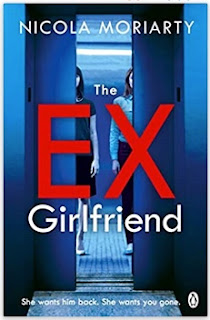 The Ex Girlfriend by Nicola Moriarty

‘The gripping and twisty psychological thriller.’ Georgia thinks she’s found ‘the one’ when she meets Luke; he says his ex can’t accept their break up.

An enjoyable example of ‘Aussie noir’. 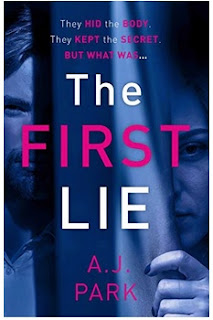 The First Lie by A J Park

Pity the poor blurb writer … this is ‘The most gripping psychological thriller you’ll read all year’ – until the next ‘most gripping’ I suppose. It certainly kept me turning the pages even if the original action – the first lie – did take a bit of swallowing. 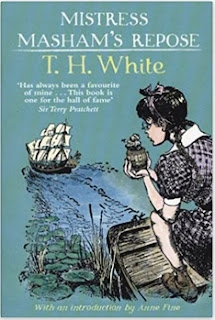 Ten-year-old orphan Maria is the owner of a vast palace, most of which is uninhabitable, and acres of unkempt grounds. She has two horrible guardians who, if only they can find the paperwork, plan to grab the property for themselves.

Within the grounds there is an island, the wonderfully named Mistress Masham’s Repose, where Maria finds a community of Lilliputians, the tiny people (and their animals) whom Gulliver encountered on his famous travels. When their presence becomes known to the greedy guardians they – and Maria – are in grave danger.

Magical and delightful. I have an ex-library copy, scruffy with no jacket, a 1963 reprint. The illustration here is from a newer edition. (NB I chose this cover because I thought it was the sweetest of various options but other, cheaper editions are available.)

Posted by Kate Blackadder at 03:17