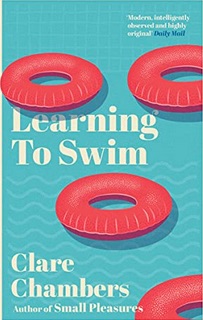 Learning to Swim by Clare Chambers

Read on Kindle. I much enjoyed hearing Clare Chambers’ book Small Pleasures on Radio 4 and will be reading it for a forthcoming book group meeting. So I was keen to read her backlist. Learning to Swim starts when Abigail is a schoolgirl; she’s from a suburban what-will-the-neighbours-think sort of family, enthralled by her new friend Frances’ bohemian lifestyle and by her brother Rad. There’s a parting of the ways and then years later an unexpected encounter.

CC is so good on life’s little embarrassments, so good on detail and hitting the nail right on the head. I didn’t want it to end. 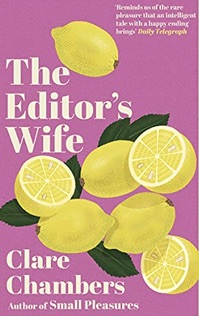 The Editor’s Wife by Clare Chambers

Read on Kindle. I was less enamoured of this one, written in the first person by a male narrator, but it was still an enjoyable read. Christopher (another product of a suburban, unambitious family) is writing a novel and he has been taken under the wing of an editor, Owen, and his wife Diana.

What I did love was all the booky chat – Clare Chambers began her working life as a secretary at Andre Deutsch when the legendary Diana Athill was at the editorial helm so she knows the London publishing scene as it was thirty or so years ago. And ‘the editor’s wife’ is called Diana … interesting … 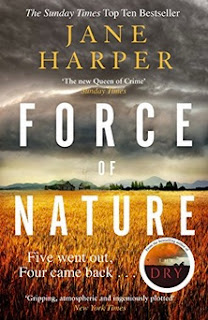 Force of Nature by Jane Harper

I stayed up very late to finish Jane Harper’s first two books The Dry and The Lost Man a few months ago. This one has the same protagonist as The Dry. Aaron Falk is investigating a company for financial fraud and then gets caught up in a nightmare scenario. The company has sent two groups of staff members (one male team, one female) on a bonding exercise in the Australian wilderness. Of the five women only four make it back … and the missing one is Falk’s whistle blower. Engrossing. 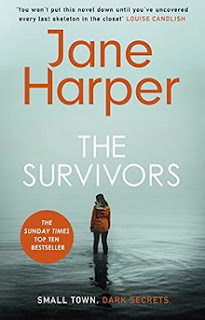 The Survivors by Jane Harper

I’d not long finished the above book when I found JH’s newest book in hardback in a charity shop. What luck, although it means I am now up to date with all her titles. Unlike the others, this one is not set on mainland Australia but in a small coastal town in Tasmania. When a girl is found murdered on the beach bad memories are stirred up of another young girl who went missing years earlier. 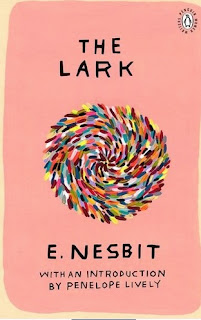 The Lark by E Nesbit

Found in a charity shop – didn’t know she wrote books for adults. This edition is in the Penguin Women Writers series. Enjoyable enough, frothy, but very dated and, frankly, unbelievable. Two young girls (orphan school leavers) have been diddled out of their inheritance by their guardian although they do have a house to live in. Somehow they make money by selling posies of flowers from their garden gate, enough for them to employ a char lady and a gardener … 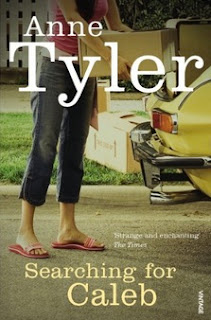 Searching for Caleb by Anne Tyler

I have not read all Anne Tyler’s books and I used to have others that for some reason I gave away. So I’m trying to build up a full set. This one was first published in 1996. Great stuff (as usual).

Duncan Peck is a restless man, always on the move. His wife, Justine, is a fortune teller who can't remember the past. Her grandfather, Daniel, longs to find the brother who walked out of his life in 1912 never to be seen again. All three are taking journeys that lead back to the family's deepest roots … 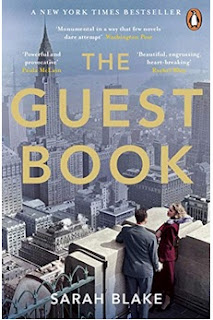 The Guest Book by Sarah Blake

Recommended by a friend. I took a while to get into it and I didn’t love it but it was a very thought-provoking read.

The Miltons are a powerful old New York family, the kind that runs the world. And in 1935, they do. For generations, Kitty and Ogden Milton revel in their own utopia, a small island they own off the coast of Maine, but it cannot last.

Across the generations, we see the Milton myth slowly unravel. In 1959, two strangers enter their circle, forcing each member to question what their family stands for. Then by the 21st century, the money has run dry, the island is up for sale, and their granddaughter is about to uncover disturbing evidence about her family's wealth. 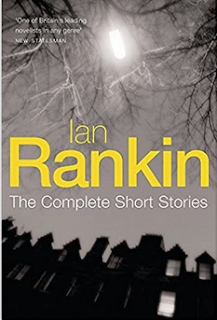 His two previous collections in one volume with an extra bonus story. Every one a gem. He lives near me; I saw him in the street yesterday and thought of telling him … but the moment passed.

Posted by Kate Blackadder at 05:20