I read eight books in September. 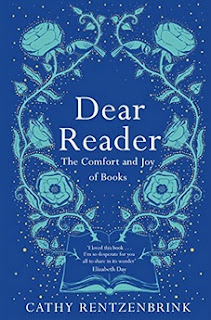 Read on Kindle. Yay, a book about books; what’s not to like. My favourite of the genre is Lucy Mangan’s Bookworm but what I loved particularly about this one was the behind-the-scenes glimpses of working in bookshops and Cathy Retzenbrink’s successful bookselling career before a family tragedy led her to become a writer. 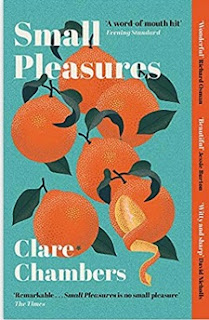 Read for bookgroup. As you will have seen if you read last month’s post I am on a Clare Chambers jag at the moment. This is her latest one, published last year after a ten-year gap, which has been so successful that her backlist has been reissued.

Set in 1957 in smoggy suburban London, it’s about Jean, a journalist on the local paper who is asked to follow up a letter from a reader, Gretchen, who claims that her daughter is the result of a virgin birth.

No spoilers except to say that Jean’s life is changed as a result of meeting Gretchen and her family. Clare Chambers conjures up so well Jean’s small world, the aforementioned smog and the general grimness of life in just-post-ration Britain, with an edge of sharp black humour. 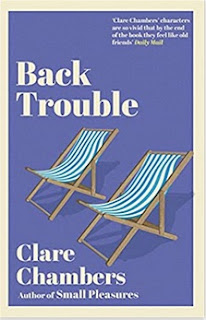 Back Trouble by Clare Chambers

Read on Kindle. ‘On the brink of forty, newly single with a failed business, Philip thought he'd reached an all-time low. It only needed a discarded chip on a South London street to lay him literally flat. So, bedbound and bored, Philip naturally starts to write the story of his life.’

Another bittersweet novel from CC. 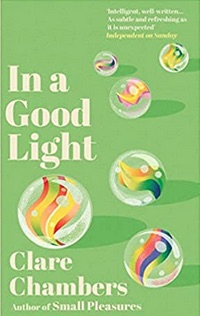 In a Good Light by Clare Chambers

Read on Kindle. My favourite backlist CC (so far, I still have A Dry Spell to read; it is ready and waiting on my Kindle).

Esther’s life, living with her adored older brother, Christian, has become mundane until there are repercussions from her happy but eccentric childhood. I loved all the characters especially Donovan, one of the waifs and strays Esther’s parents were fond of collecting. 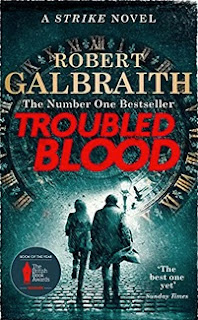 I suppose I must have eaten and slept and thrown the odd word to my other half between the Friday evening I started this and the Sunday afternoon when I finished but that was all a blur; for the time it took to read 1073 pages I was completely absorbed in the world of Cormoran Strike and Robin. A corker to end all corkers. 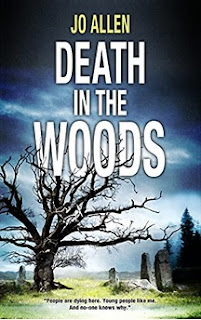 Death in the Woods by Jo Allen

Read on Kindle. The sixth outing for Jude Satterthwaite and this engaging series set in the beautiful Lake District.

A series of copycat suicides, prompted by a mysterious online blogger, causes DCI Jude Satterthwaite more problems than usual, intensifying his concerns for his troublesome younger brother Mikey. Along with his partner Ashleigh O'Halloran and a pyschiatrist he tries to find the identity of the malicious troll. 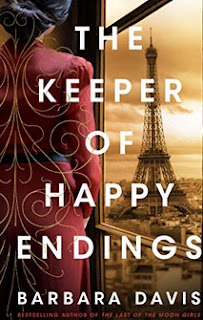 The Keeper of Happy Endings by Barbara Davis

Read on Kindle. I think this was the free book I chose as a perk of being an Amazon Prime member (to which I signed up inadvertently a year ago … ).

The worlds of two people collide in 1980s Boston – Rory (Aurora) in her 20s, grieving the loss/lack of news of her kidnapped medic boyfriend in Africa, and Soline with a past in war-torn France that she’d rather forget.

I wasn’t mad on the writing (a bit repetitious) but I did like the story and shed a wee tear or two at the end. 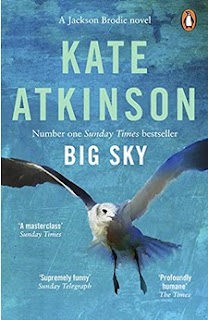 Hadback from charity shop. The fifth (and long overdue but she has been writing other novels) outing for one of my favourite fictional detectives, Jackson Brodie (played by Jason Isaacs on TV in a series that inexplicably got axed). As with the first four, Kate Atkinson gives us several strands of story and ties them up miraculously.

Posted by Kate Blackadder at 08:17