I read five books in February. 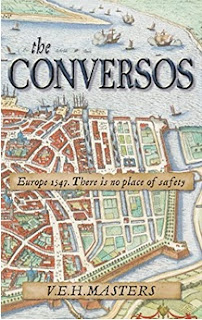 The Conversos by V. E. Masters

I read the first book in this series, The Castillians, when it came out last year (you can read my interview with the author here) and much enjoyed it so it was great to get reacquainted with the Seton sister and brother, Bethia and Will.

The turbulent times in which they live (middle of the 16th century) is affecting both of them. Bethia, now married to Mainard, and living in Antwerp, is discovering things about the background of her husband’s family which land her in danger.

Will, a prisoner after taking part in the siege of St Andrews Castle described so vividly in the first book, is now a galley slave in the company of John Knox, later founder of the Presbyterian Church in Scotland. A bright spot in the dreadful life Will has to lead is the appearance <no spoilers> of another iconic figure from Scottish history.

For siblings devoted to each other, and with little contact from their homeland, it is agonising that they don’t know where the other is, or even if they are still alive.

As in The Castillians, the writing is visceral – such as the opening scenes of sea-sickness and piracy on Bethia’s voyage to Antwerp and Will’s physical agony as a galley slave. I trust that there was no first-hand research there …

And the good news is that V. E. H. Masters is at work on the third book in the trilogy. 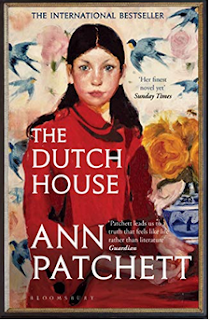 The Dutch House by Ann Patchett

I said last month, after reading Ann Patchett’s latest collection of essays, that I wanted to read her novels. This is her newest one and I absolutely adored it. I love a sibling story (see also above … ) and this brother and sister, Danny and Maeve, leapt off the page.

Ousted by their stepmother from their architecturally extraordinary childhood home (in small-town Pennsylvania, while they are little more than children) they cannot let the house go from their minds. Together and separately they return to sit outside it again and again.

The story is narrated by Danny, the younger of the two, and so cleverly told in its weaving of past and present.

Isn’t that cover beautiful? AP was not impressed with her publisher’s cover suggestions (as she says in one of the aforementioned essays) so she commissioned a painting showing how she envisaged Maeve with her striking looks. 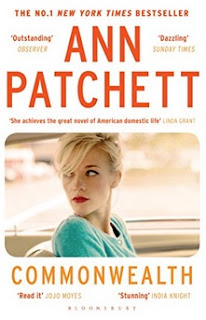 So it was with high hopes that I immediately started reading this one, hopes that bounced down a bit as I concentrated on getting to grips with a lot of characters and time shifts that were sometimes hard to figure out.

‘Commonwealth', perhaps more a title for the American market than elsewhere, refers to the ‘Commonwealth of Virginia’. When their mother divorces their father to marry Bert, Caroline and Franny relocate there from California, and every holiday (vacation) Bert’s four children come to visit. With very little parental supervision the six do pretty much what they want, with tragic consequences. 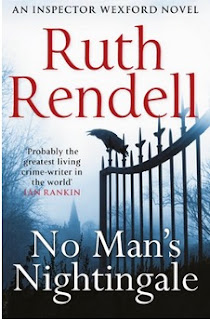 No Man’s Nightingale by Ruth Rendell

I went through a stage a few months ago of rereading some of my Ruth Rendells before passing them on. I had no idea there was a final Inspector Wexford until I saw this in a charity shop. Reg is now retired but Mike Burden still relies on him for advice. Not her best but the bar was set high. 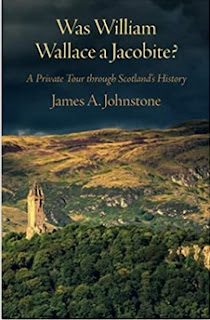 Was William Wallace a Jacobite? A Private Tour Through Scottish History by James A. Johnstone

James Johnstone’s livelihood came to a sudden halt in spring 2020. When Covid 19 brought tourism to a standstill there were no visitors to drive around Scotland, a job he had loved to do for the previous forty or so years.

He used his time off wisely, in writing this book. The title comes from a question he was asked, among many others, by his clients. Over the years he acquired the knowledge not only to answer but also to explain and give context.

If you want the Roberts and the Jameses sorted out in your mind or would like to learn more about the Jacobite rebellions, and much more, this is the book for you.

Look out for my interview with James Johnstone coming soon.

Posted by Kate Blackadder at 11:48